Ryan Fitzpatrick (Fitzmagic!) is the Team of the Week 13 Limited player. Among this group, we’ve got some other standouts from Thanksgiving and beyond, but let’s start with Fitzpatrick. 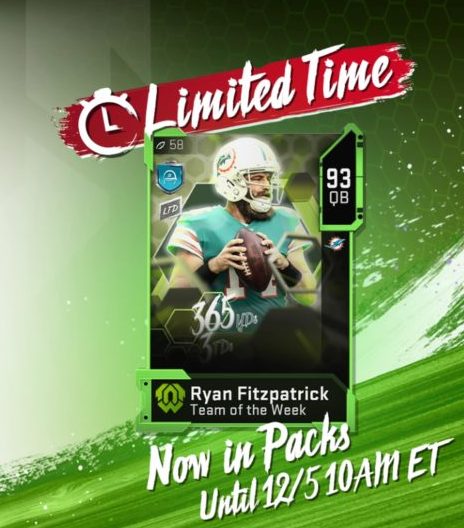 Yo, this card is, good? It’s really good. He sadly can’t be used on a ton of theme teams and take the place of Kurt Warner on some of those, but still, this card looks really solid. The speed means he can’t get Escape Artist, and he’s not going to get Dashing Deadeye either, but as a pocket passer this card fits the mold. There’s a ton of awesome Top 100 linemen and linebackers who may ruin your day as a pocket passer, but these ratings are still really good for a base card. 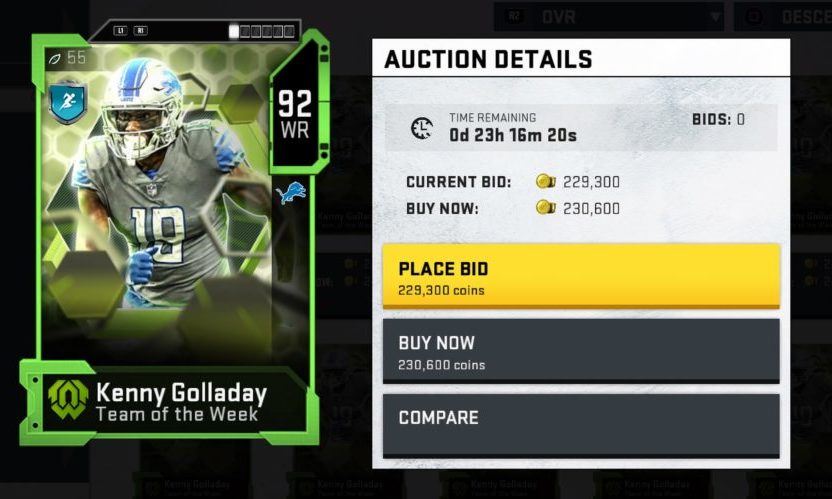 Like most people, I obsess about speed and Golladay does not have top-tier speed. However, he’s 6-foot-4 and even if he’s a little “slow” for a 92 overall, he should still be a problem to deal with if you get time in the pocket. He’s flexible enough to be a solid route runner, and he’s still going to be able to go deep and try to pull in a 50/50 ball. The Lions have oodles of good receivers to choose from now for their theme team. 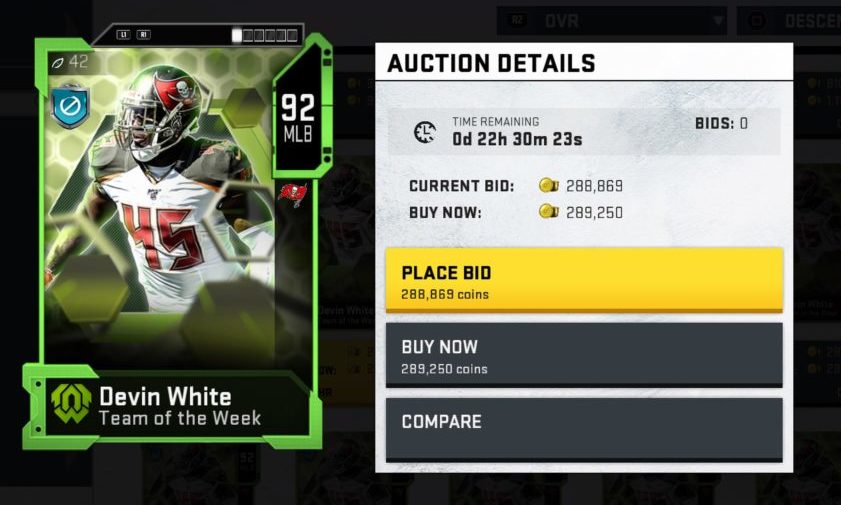 For Devin White, he has other cards that are going to be interesting to watch for in the coming weeks, but for now, this is a speedy middle linebacker with some limited uses. The block shed is not insane enough to make him a must-have, but his speed is close to top tier, and so people who want to control the MLB can get some valid usage out of this card. I don’t know if it’s something I would care much about beyond a Bucs theme team, but at first glance it may trick you into thinking it’s better than it really is. 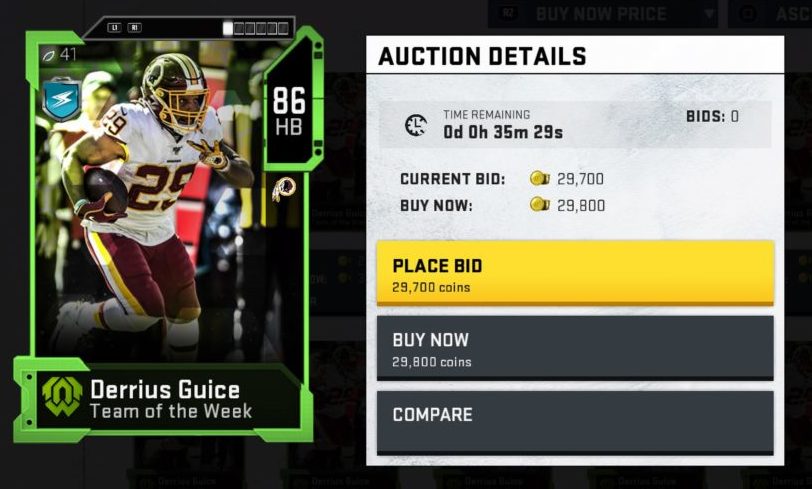 I think Washington fans were expecting more, and I think that’s fair to assume Guice would get a little more than this, but he’s at least going to be one of the stranger TOTW cards. His archetype makes him out as an elusive back, but this card is best utilized to maul people. His 87 carry is not terrible for an 86 overall, but yeah, Washington fans will have to wait for a better version still. 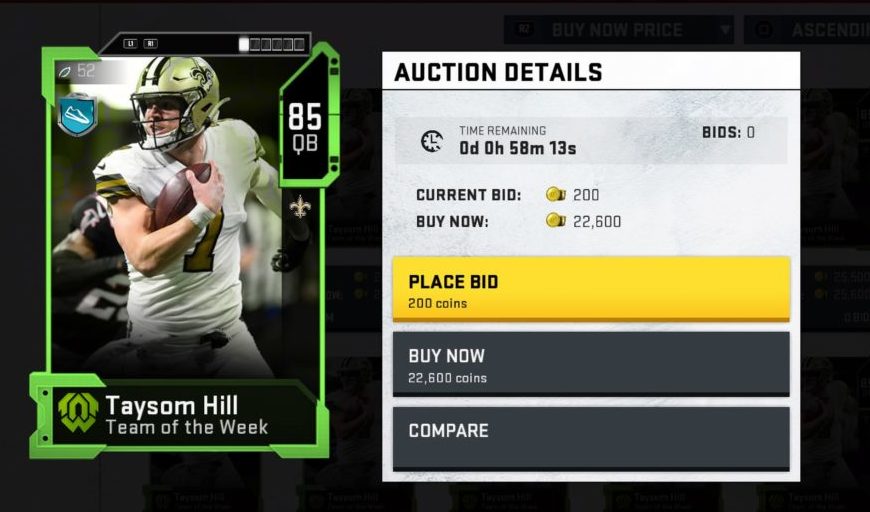 There’s a future where Hill becomes a very interesting option QB who can still play at other positions, but this version is probably not the one. His speed is not crazy enough, and his throwing stats are so shaky, you can’t reasonably expect him to be anything but a change of pace. That’s fine, because that’s what he’s supposed to be for now, but it will be fun to track where the team goes with Hill the rest of the way in MUT.

You have your standard way of getting the Heroes from offense and defense, and the two challenges will net you a Team of the Year token, a minimum gold TOTW player, and 1,000 coins if you get all 10 stars.

The full list of players from this set is: