We got Team of the Week 11 today, highlighted by Heroes John Brown and Joe Schobert, and LTD De’Vondre Campbell. Let’s start from the top.

De’Vondre Campbell is a 93 overall 4-3 outside linebacker. The card is currently going for 570K, but that will drop. It looks like a solid pass rushing card, which is what people mostly want out of their outside linebackers. He has 86 speed, 88 acceleration and 87 agility, which are all still viable. He only has 70 block shedding, so this is much more of a pass rushing card. His zone coverage at 82 makes him a decent option in all forms of pass coverage, so he maybe becomes a key third-down linebacker.

John Brown is the first Hero I’ll talk about. He’s going for about 275K right now and has 93 speed to go with his 5-foot-11 frame. His catch in traffic is 82 and his release is 81, but otherwise this looks like a really good card. He’s a great route runner, has good speed and looks like a budget-adjacent option right below the tip-top tier of wide receivers. 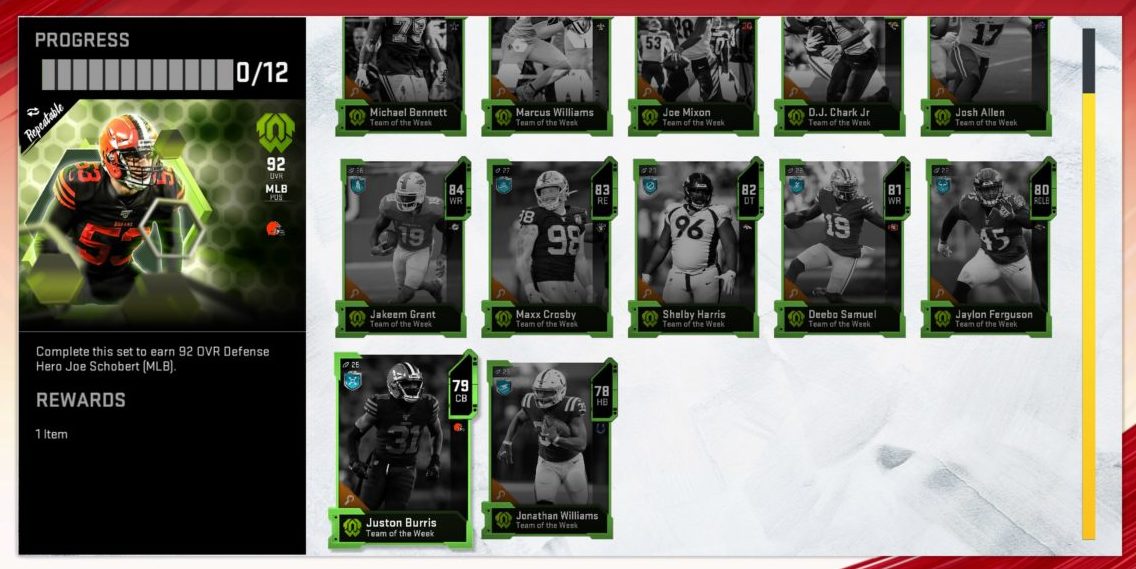 Joe Schobert is the other Hero, he is a 92 overall MLB. He has 84 speed, 81 agility and 88 acceleration. His block shedding is 83 and his zone coverage is 80. The biggest thing that stands out here is 97 play recognition and 97 awareness. He’s going to be good either in user or AI controls, and he’s going to be decent against the run and pass. He’s going for about 225K, and I think that’s probably still a little high. He doesn’t quite have top-end speed, and his hit power and tackling come up a little short. With such high awareness and play recognition, he had to take a little bit of a hit somewhere else. 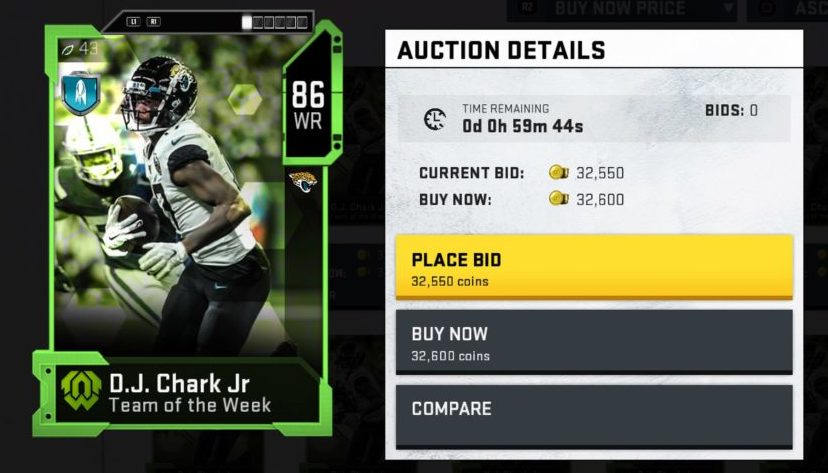 Looking elsewhere, D.J. Chark Jr. looks like a bit of a budget deep threat. He’s got 92 speed and 92 jumping to go with 86 spectacular catch. The issue is probably that his catch in traffic is only 79 and the catching is only 83. With just a 73 release, he’ll get jammed by the best corners, but as an 86 overall he may get some decent matchups if he’s hidden. 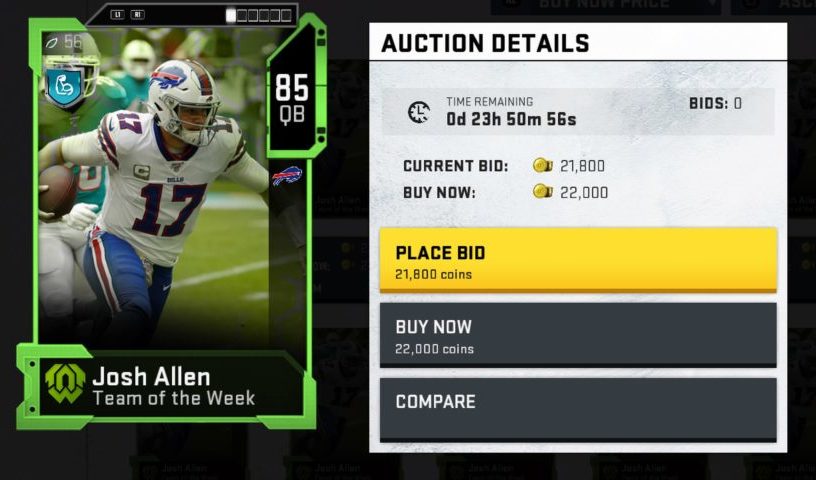 Any QB that comes out has to at least be looked at. This Josh Allen has all the throw power in the world at 94, it’s just that he’s lacking a bit elsewhere. He has mid-70s accuracy across the board and an accuracy on the run at 85. The speed at 81 is solid, but his carry rating is bad, and so it doesn’t leave a ton of options open if you want to try out a new mobile QB with a cannon for an arm. That being said, he’s cheap so you can at least try him out on your Bills theme team if you want. 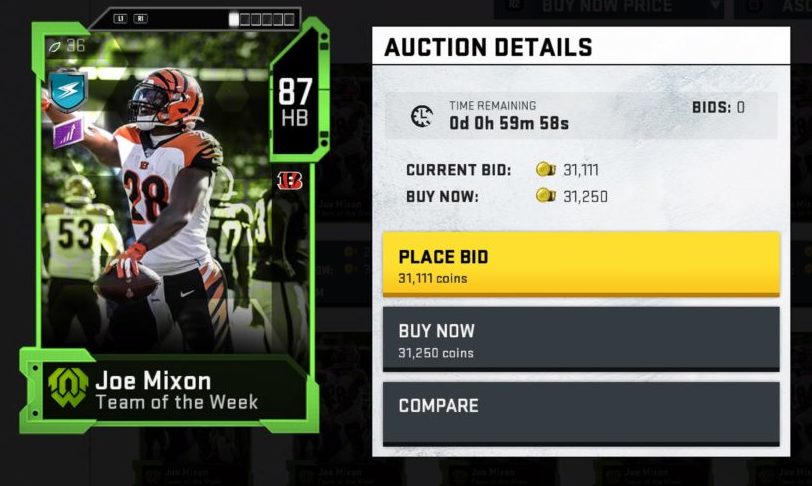 The last card to highlight is a running back. Anything that potentially improves the terrible Bengals theme team I try to call out. This card is not very exciting though. It has 86 speed, 79 elusiveness and isn’t much of a pass catcher. I don’t know if this really works as a third-down back, and I also don’t really want him as my speed back either. This card is left in a weird middle ground for me. But again, it’s cheap so you can check it out for your theme team at least.

A couple other cards to at least mention for theme teams are Michael Bennett and Marcus Williams.

We’ll be back tomorrow for the Heavyweights, and maybe some more info on the Harvest promo?