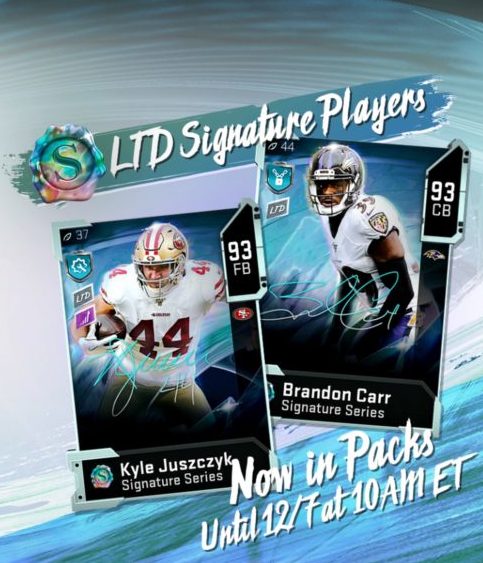 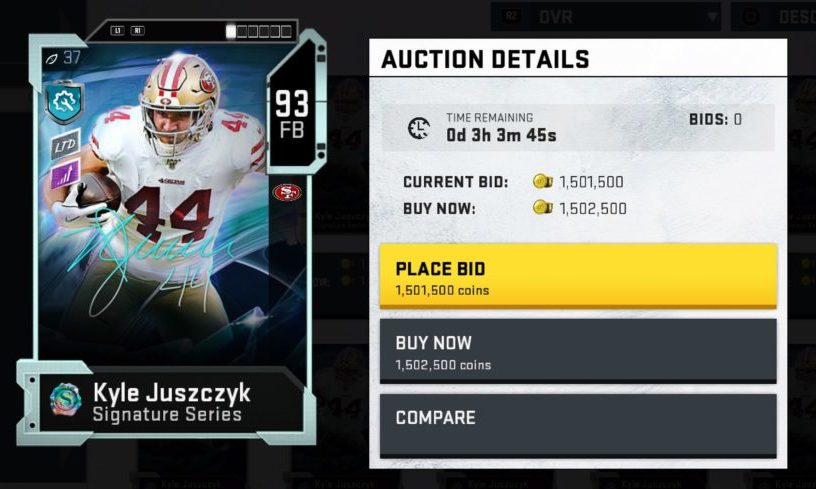 The Niners fullback is an interesting option in the run meta. Some don’t use a FB even with running plays being called nonstop, but others like running out of the I-Form and other big sets, which does bring a FB into the equation. If you do use a fullback, it’s basically Okoye and Juszczyk at the top of the food chain. Okoye is the much more dangerous runner, he’s a better overall blocker, and a better impact blocker. Juszczyk is the better receiver and a better lead blocker.

Okoye probably still has the lead in the contest, but if you like passing out of these big sets with a fullback, or you want someone to get out for a lead block, then Juszczyk may make sense if you want to dish out a big chunk of coins for him. 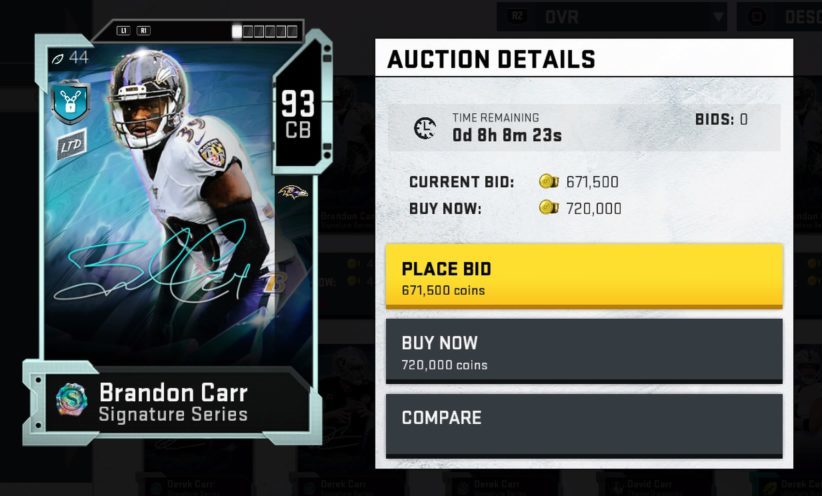 Carr fits into an archetype we have seen more of recently in MUT, and that is as a cornerback who fits into another meta of being slow but having good press ratings to hold up for that couple of seconds while you send the house to sack the QB. We’ve seen a lot of press coverage this year, and it seems like Carr has been engineered to go into that structure. With 97 press but very middling speed and agility for a 93 overall, you have to know what you’re getting with Carr. He also has solid size at 6-feet so he fits the physical profile of a bump and run corner in that capacity.

If you’re not as blitz-happy, then I would mostly avoid Carr. He’s a bit too much of a liability with the speed ratings, and his zone coverage ratings aren’t special either.