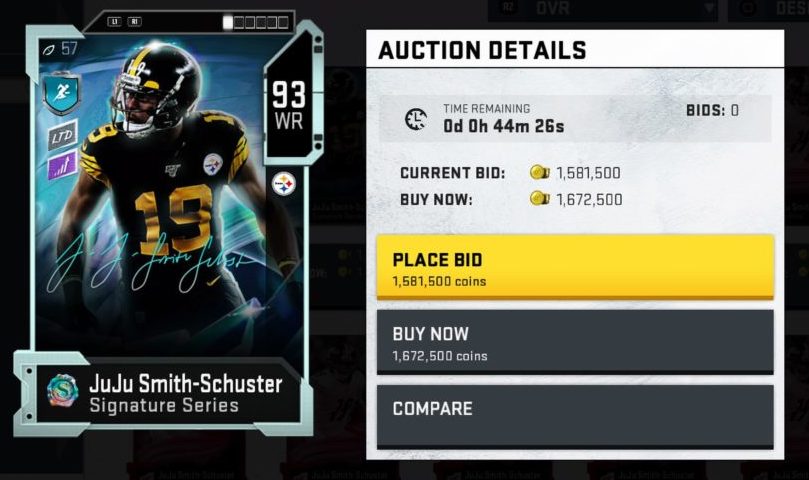 We’ll talk about the two new Signature Series players, but let me be clear: do not buy these cards today. Why? Well…

Let’s wait for this EA stream tonight and see what’s going on with Series 4 before throwing massive amounts of coins at someone like JuJu Smith-Schuster.

So, yeah, don’t spend a million-plus coins on this card today. It looks like a good card minus the route running, but you just don’t want to dive into things here without knowing what’s to come. We know we’re not getting NFL 100 wide receivers as of yet so that landmine is dodged, but Series 4 needs to be considered.

As for the card itself, even if Series 4 does not change much, this is more a Steelers theme team card than a straight up must-have player. The release is solid, he’s going to go up and make some nice plays, but he’s not overly fast, tall or an incredible route runner. So I don’t think he’s really a true number-one receiver, but on a Steelers theme team he fits very well. The Steelers don’t have an amazing crop of receivers so he would for sure fit in there where they more have other guys who make sense in the slot. 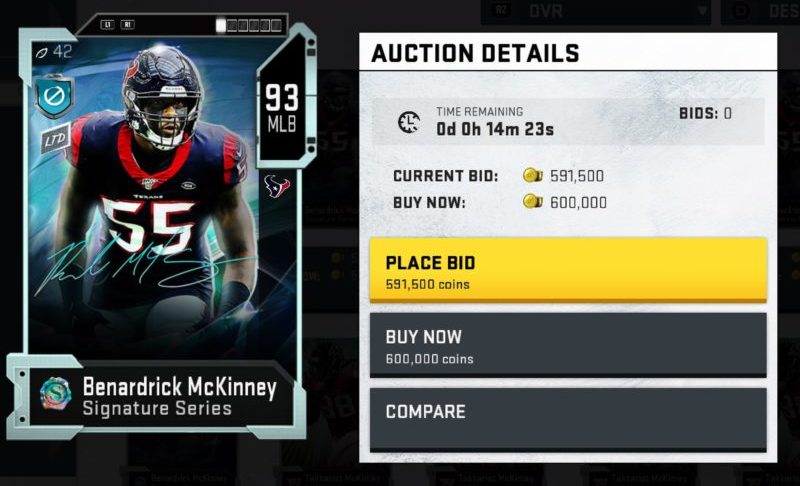 McKinney is another player who looks pretty good, especially on a Texans theme team, but again, wait. He for sure fits his archetype of being high hit power with good recognition skills and shedding talents, but hold off for half a day at least. He absolutely makes sense in this meta except for the just average speed, and in user control it will minimize some of the impacts of being rather weak in drop coverage. His awareness and play recognition means he will be good against the run regardless of whether he’s user controlled or not, and the block shed and impact block means he’s going to get around most blocks.

I like McKinney more than JuJu in a vacuum, and both cards are for sure nice for their theme team, but Series 4 will help determine their true cost.