It’s more of a rejuvenation day than a day full of new content in MUT. The biggest change is that the latest patch update has given us secondary positions for a whole host of players within MUT. The addition does come with some caveats that I’ll post below:

Some of the biggest names on this list include Khalil Mack, Aaron Donald, Von Miller, J.J. Watt, Earl Thomas, Joey Bosa, Ed Reed, Travis Kelce, Julius Peppers and Troy Polamalu. This list of players with secondary positions could obviously be much larger, but this seems like an interesting test case for EA before they perhaps expand it out a bit further.

Beyond that, the Halloween theme is winding down for MUT, and now it looks to be turning towards Thanksgiving.

Season 3 of #Madden20 is here with a new Sherriff coming to Superstar KO mode❗️ pic.twitter.com/knCWh57nMF

Peyton Manning will obviously be factoring into this next phase in Madden. I’m sure we’ll get more details on this in the coming days, but “mid November” is the target point for the Harvest concept in MUT.

Lastly, two new Flashbacks were added to the player pool. We got a Tyrann Mathieu and Marcedes Lewis. Both are 90 overall, but I think the Lewis has a bit more cache than the Mathieu. The Lewis has insane blocking for a TE, and with running being quite meta this year, he will probably be an easy add for many people. MUTHead has Lewis’ price at about 110K on PS4 right now, and Mathieu is going for 135K. 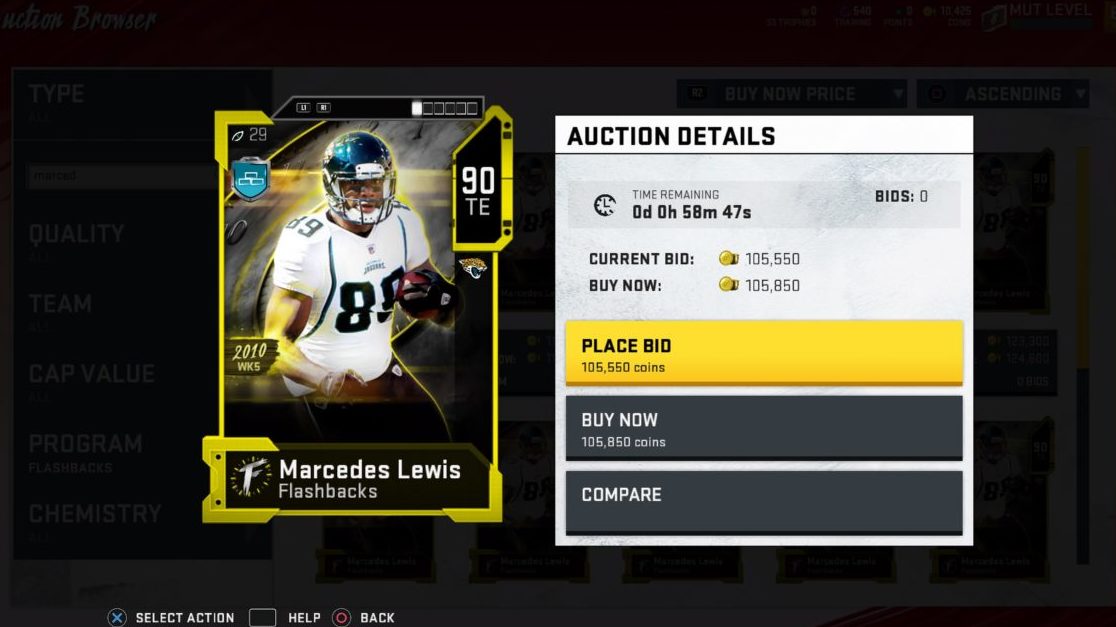