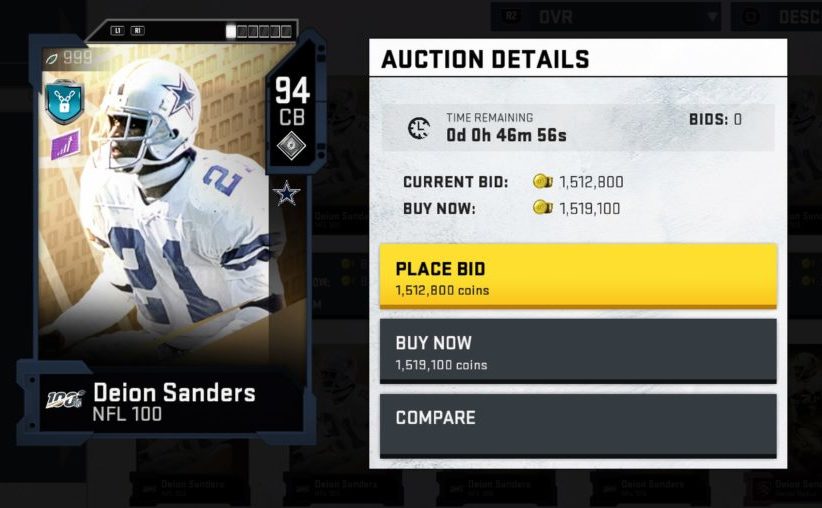 For Week 3 of the NFL 100 in Madden NFL 20 MUT, it was all about special teams and cornerbacks. Here’s a little bit of a deeper look at the first batch of players who were released. 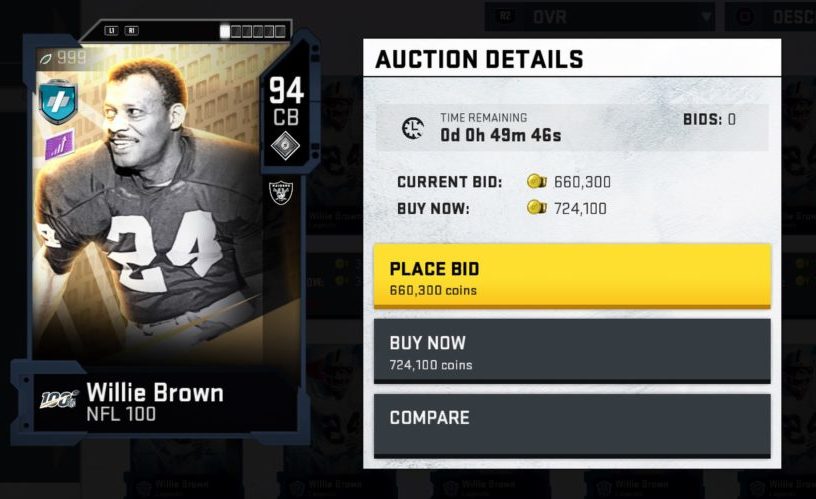 I’ve become a little disillusioned with cornerbacks in recent weeks. I think we’ve reached a point of somewhat diminishing returns, and this is by no means a bad card, but I’m not fired up to pay 700K for it when I don’t fear the pass most games.

That being said, the point of this card — and what makes him different from Deion below — is he does have 92 press. If you want to press a lot and feel secure he can mostly recover, this is another form of a strong but fast CB. I would probably still rather save some coins and just get Night Train Lane or Denzel Ward, but Brown is a 6-foot-1 corner who will hold up against most receivers and not be a massive liability in the run game.

Deion Sanders was already meta, so we’re simply getting a boosted, more meta NFL 100 version. He will work on 49ers, Cowboys, Ravens, Washington and Falcons theme teams as well.

Almost any coverage ability is open to Sanders, and he remains the best shutdown cornerback in the game. Does it make much sense to spend about 800K to get this version when you may be able to get a slightly “worse” version for cheaper? It’s debatable, but once we’re getting to these levels, I think it’s easy enough to say pass on this NFL 100 version.

His press rating is still just 79 so you’re not getting that weakness turned into an obvious strength here. Pressing is part of the meta with all the blitzing, and it’s not like you can’t press with him, but logically it makes less sense to press and lose the advantage. Instead, sit back and let Deion just do his thing while you have him chem’d out and chock full of abilities to shut down the one side of the field.

The other reason I say pass on this version is simply because of the run game. Yes, you’re effectively forcing teams to run more if you have Deion shutting down one side of the field, but Sanders is going to get mauled by these running backs, and people want to run anyway. If Sanders is one of your favorite players, then by all means snag this card, but otherwise I would play the odds and assume you won’t be playing too many pass-heavy teams anyway.

And if special teams is what you’re after, you have Devin Hester coming up to fill that need. 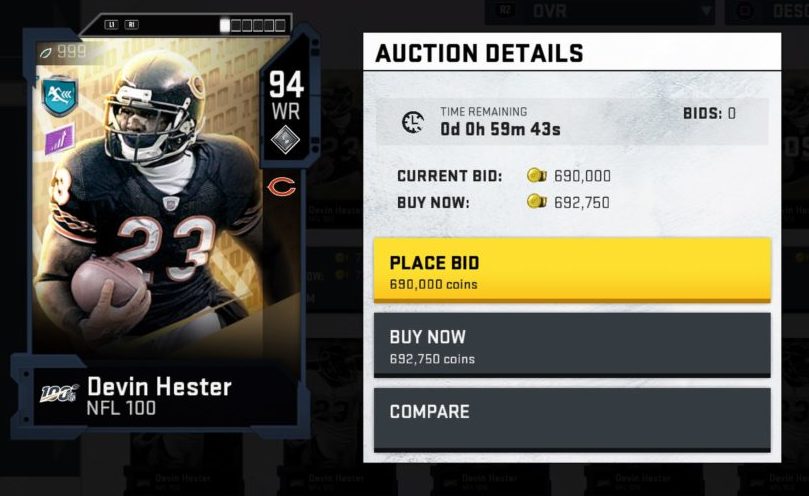 Devin Hester goes in the toolkit as someone who can do a little bit of everything. However, he’s obviously only going to do one thing amazing all the time, and that’s create chaos once the ball is in his hands. He will work on Chicago, Atlanta and Baltimore theme teams.

In my perfect setup, I get this Devin Hester and a juiced up Taysom Hill on my team and just do a bunch of crazy stuff on offense. Would it be super effective? Probably not. Would it still be fun to lose while doing a bunch of crazy stuff no one else is doing in the meta? Yeah, to me it would. That being said, you’re getting the top returner in the game, but that’s only so effective in a world where people just punt it out of bounds or kick it short to avoid a dangerous return man.

Be that as it may, he’s still a Human Joystick who you can get in the open field via drags, or simply using him in the meta as another running back here and there. You want to just get the ball into his hands any way you can. He’s not a good receiver so you keep it simple there, and involve him in some other forms of trickery or backfield handoffs to make him work. I love the card. Now his price is close to Deion’s right now so is he going to provide as much value as Sanders? No, on a play-to-play basis he probably will not, but I can’t deny that you will probably still have more fun with Hester. Plus, he’s definitely a better return man than Sanders as well. 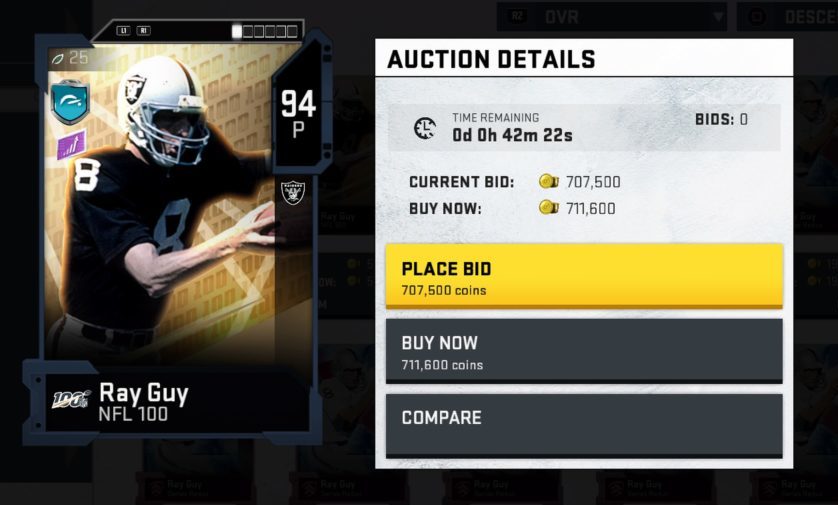 Ray Guy gets upgraded to his NFL 100 version. I don’t know what to tell you though, it’s a punter. Yes, he’s good, and punting can be important, but there’s better ways to spend your coins.

(We’ll be back with part two of these reviews later today.)