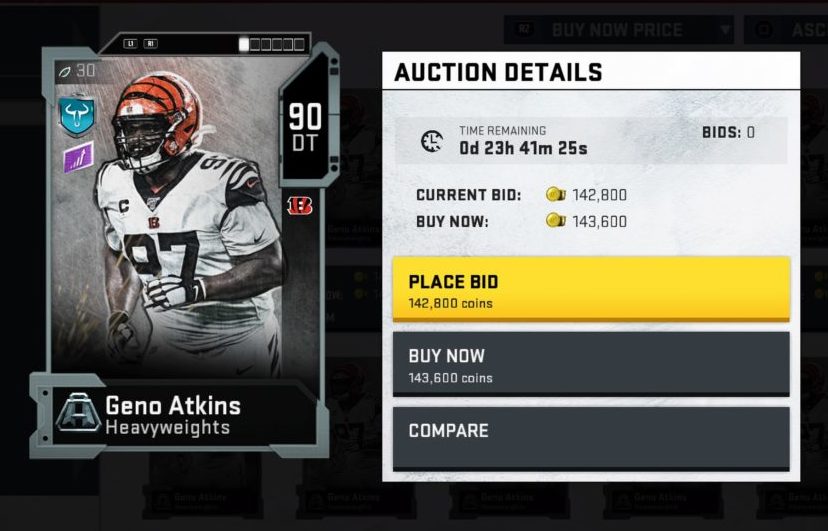 We got our weekly dose of Heavyweights today, and I think while both cards will work in team themes, the Geno Atkins looks like the winner here of the two.

There are a lot of good defensive tackles in the game at this point, so I don’t know if Atkins quite reaches high enough to make it into all lineups. However, the Bengals have a terrible theme team right now (easily one of the worst in the game), and so any help for the Bengals is nice to see. He has 89 power moves, 85 block shedding, and is viable in 3-4 or 4-3 setups. Maybe the block shedding is a little light, but with team theme boosts he’s a certifiable threat. 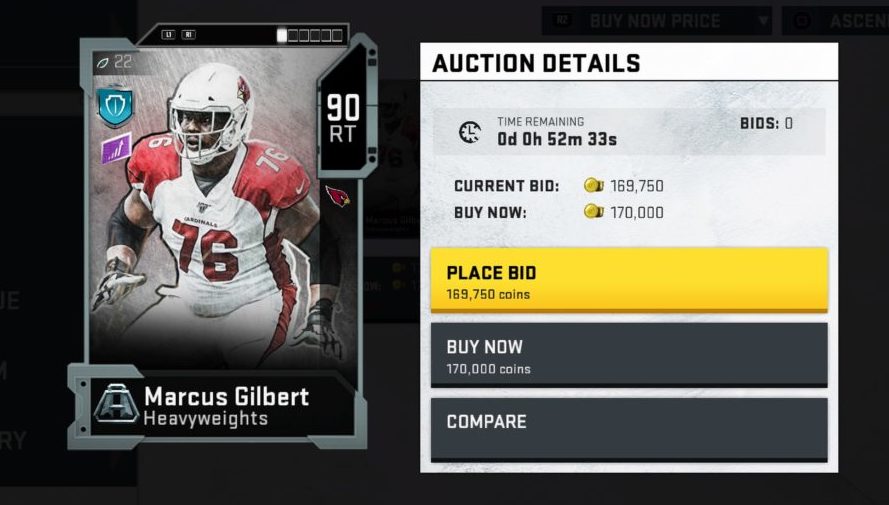 Marcus Gilbert looks weak in comparison to Atkins. Tackles are incredibly important in MUT, especially with the run meta being so dominant. Gilbert will fit into both Steelers and Cardinals team themes for that reason (with the boosts), but he’s not very agile. The run meta more has to do with outside runs and runs off the tackle, so his inability to get out into the open field hurts his viability. On top of that, his run blocking is only 82.

That being said, the card has very high awareness, great pass blocking numbers and should not have any issue standing up to pressure. This means if you like throwing the ball from the pocket, Gilbert becomes much more reasonable as an option to use game to game. My disclaimer here is that Madden’s issue is it’s a very binary system with blocking, so either he’s going to stand up to pressure or miss/get blown up, there’s not much middle ground. This is why lots of people cheap out on the offensive line with the salary cap in the game, and it’s why I only focus so much on offensive linemen in general as well.