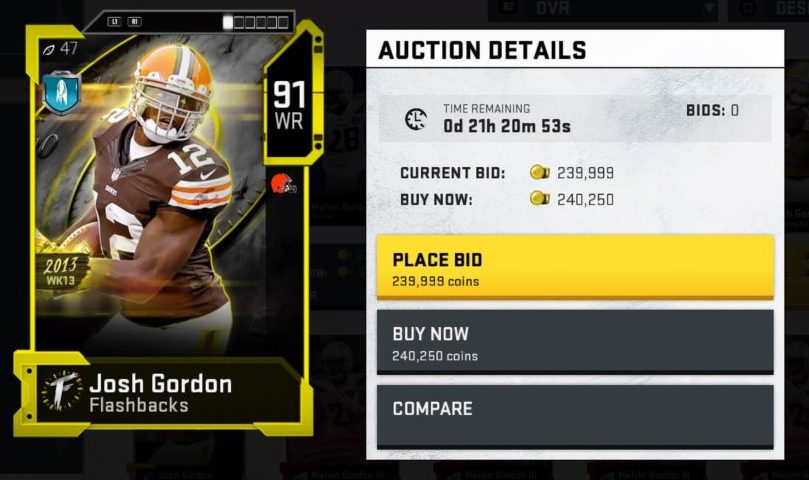 Oh yes, we get a player born to be in Madden today in Flashback Josh Gordon. We also got Kareem Jackson, who I’m sure is a cool guy as well. 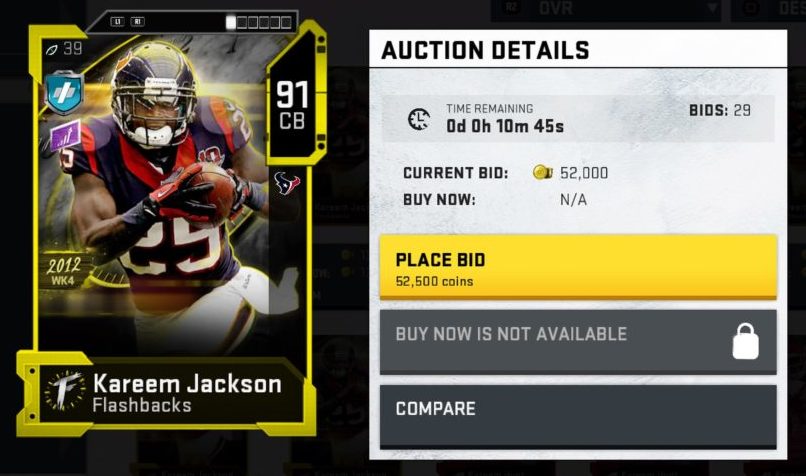 Oof. I’m not sure who this card will please. For a 91, he does not really stand out in any way to be super helpful. The awareness and play recognition are great, and his 85 press is decent, but he’s not some amazing tackler. On top of that, he does not have amazing speed nor are his coverage abilities overwhelming. So, in short, he’s not great against the run or pass.

Gordon does not have as much as I would like after the catch, and his speed is a little lower than I would like, but this is not a bad card. It’s not amazing, and it’s not what I would want out of a Gordon card, but he’s still going to play above his ratings. He’s a not a complete receiver by any means, but his size and release are quality, and he’s going to be able to win a bunch of 50/50 balls. He makes the most sense on theme teams until he (hopefully) gets a Power Up, but in the interim I would look into this card once his price comes down to a more reasonable level.

Even if you don’t pick this card up, never forget what a monster he was in Maddens of the past — and also how insanely good he was in 2013 with terrible QBs throwing his way in Cleveland.