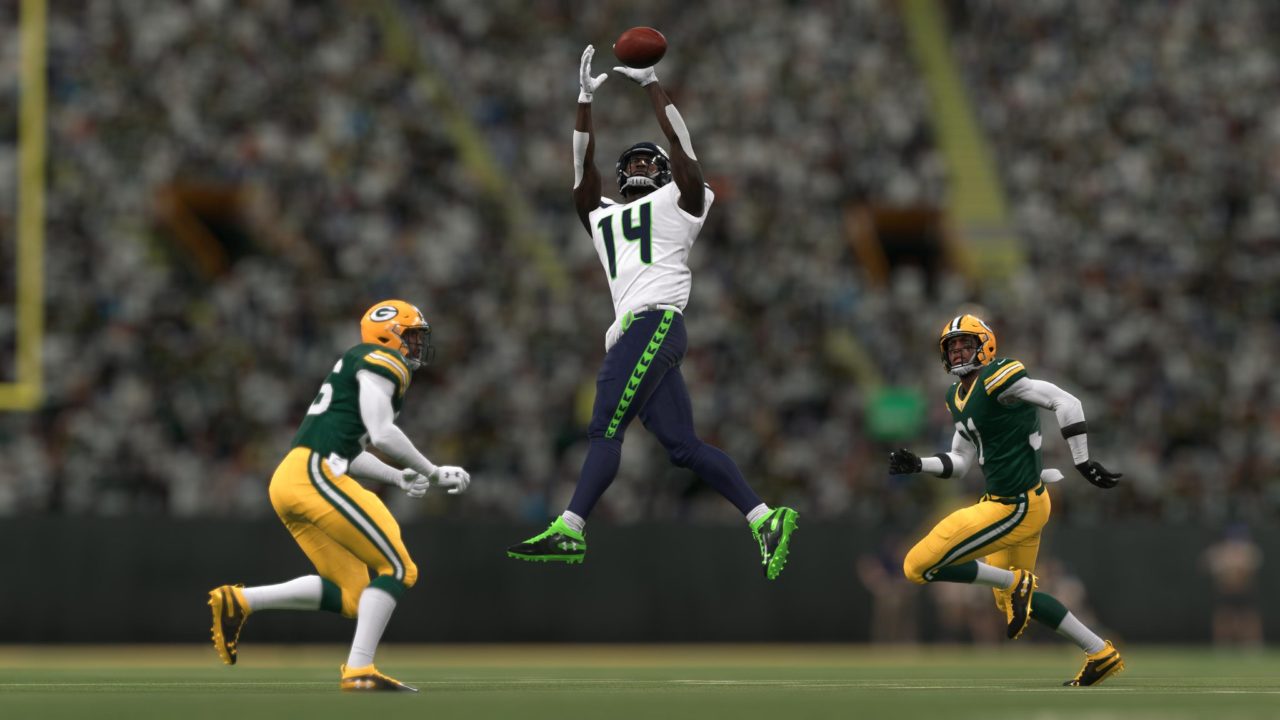 After going a dismal 1-3 in last week’s simulations, we are back for another round of our Madden 20 playoff simulation. This weekend it is the divisional round with lots of big games on the docket. So, before you get ready to start tailgating or head to your nearest pub, what better way to get you primed for this week’s games than with our Madden divisional round simulation?

Let’s take a look at how Madden sees the divisional round playing out.

Very few people thought Minnesota would advance last week, our Madden 20 simulation included. So, how would the Vikings look against one of the best teams in all of football? The answer? Like a big, fat disappointment.

If I’m being completely honest, the only thing Minnesota won was the coin toss. They elected to receive. After three consecutive Dalvin Cook runs for minimal gains (what is this an online game?), the Vikings were forced to punt. This would be an overarching theme in this game.

San Francisco, on the other hand, had no problem moving the ball down the field. They scored on two straight possessions to start the game on two receiving TDs by George Kittle. The first one was 26 yards down the sidelines, and the other was a deep post down the middle of the field.

Minnesota would put a drive together late in the second but would have to settle for a field goal. 17-3 49ers as we go to halftime. 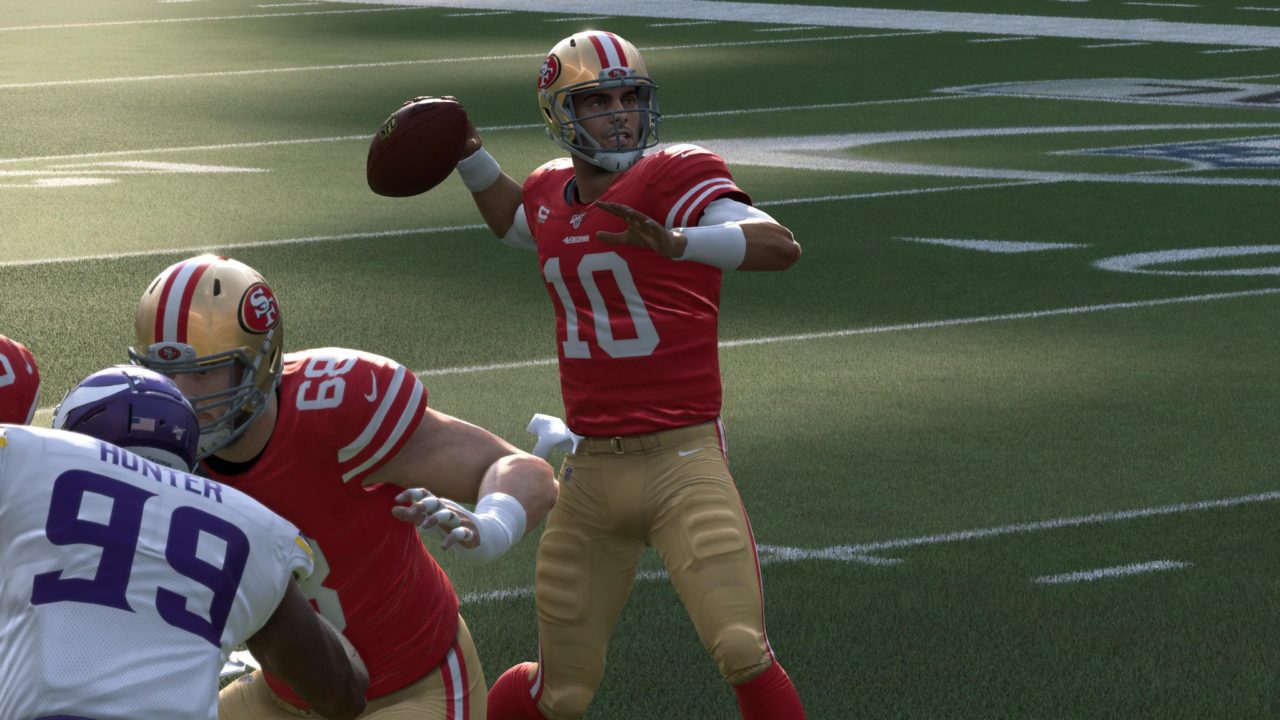 San Francisco looked lethargic out of the locker room and went three and out on their first possession. The Vikings, however, looked to have a newfound purpose. And, after marching down the field on an 8-play drive that took up a hefty amount of clock, Cook scored from 8 yards out to cut the lead to 7. However, that would be the last time the Vikings could muster up any sort of offense versus the 49ers’ suffocating defense.

The 49ers would go on to score two more touchdowns in this game. One on a Raheem Mostert screen and another on an Emmanuel Sanders touchdown. An interception late in the fourth quarter would seal the Vikings’ fate.

After what the Titans did to the Patriots in primetime last week, this has the potential to be one of the best games of the weekend. Unfortunately, the difference between real life and Madden is completely night and day. And when you have a player as explosive as Lamar Jackson, it’s hard to imagine the Ryan Tannehill-led Titans putting up much of a fight. Madden agrees, which made this one of the biggest duds of the weekend.

By now, anyone who has played this installment of Madden or watched any Ravens game this season realizes how much of a cheat code Jackson is right now. Not only will he presumably win MVP, but he continues to do things that we haven’t seen since Michael Vick — in Madden. This game was no different.

Jackson did everything and anything he wanted to the Titans’ defense. And although I don’t think this weekend’s game will follow suit, it was ugly. Baltimore scored on its first five possessions. 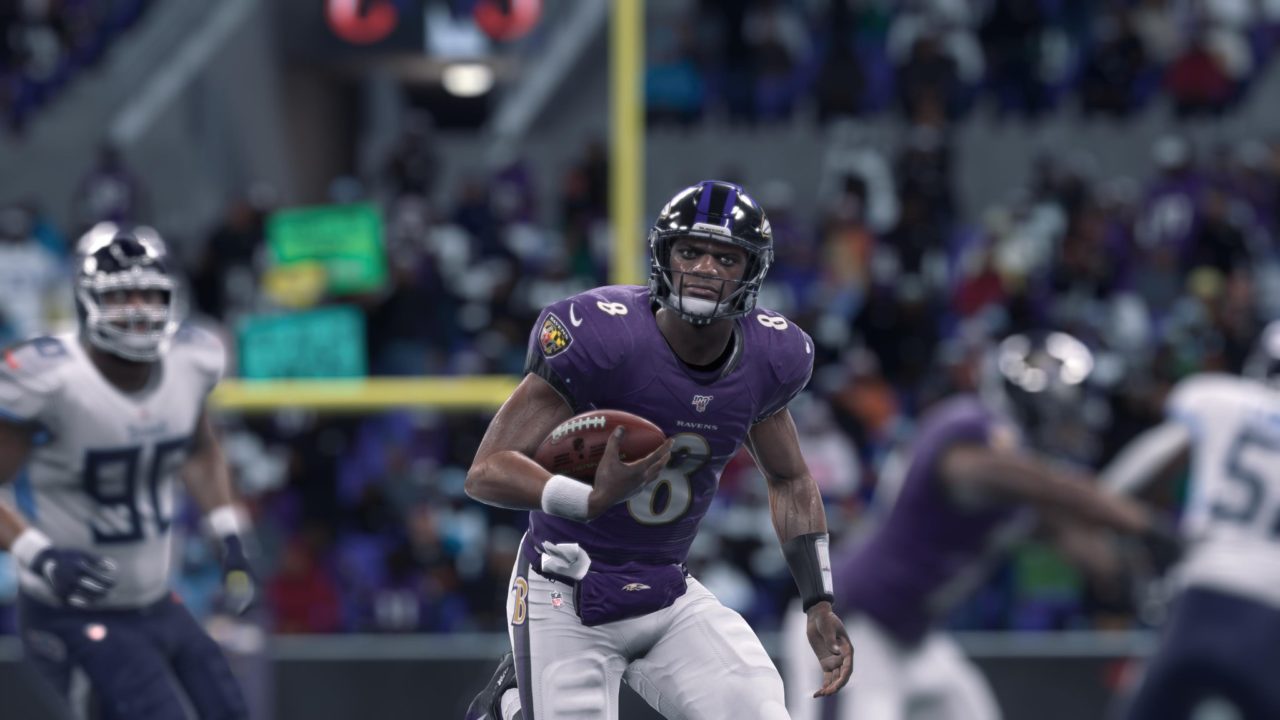 Tennessee would eventually score with a long Derrick Henry run, but it was too little too late.

The Texans were the only team Madden 20 projected to win last weekend and they almost let us down. This weekend, however, they’re facing one of the best teams in all of football, the Kansas City Chiefs. Fortunately, these two teams match up pretty well on the virtual gridiron and this game did not disappoint.

Kansas City got the opening kickoff and moved the ball downfield on the arm of one of the most dominant players in all of football. Mahomes completed 7 straight passes, and with the Chiefs in enemy territory, found Tyreek Hill wide open in the corner of the end zone. 7-0 Chiefs.

Houston would answer on the ensuing possession. Deshaun Watson connected with DeAndre Hopkins on what seemed like a modest WR screen. However, two broken tackles later and Hopkins was 55 yards downfield. Three plays later, Duke Johnson would take a swing pass in the flat 15 yards for the game-tying touchdown. 7-7.

Both defenses would step things up a bit over the next few drives, and each team would settle for field goals. The game would be tied up at 10-10 heading into the second quarter.

If the first quarter was all offense, the second quarter was the complete opposite. It started with a J.J. Watt forced a fumble that would result in a Carlos Hyde TD run from 7 yards out. 17-10 Texans.

Houston’s defense would continue to play well and force the Chiefs to punt on their next possession. It was not until late in the second quarter when the man nicknamed Honey Badger would take an errant pass 35 yards to the house to tie the game up at 17. 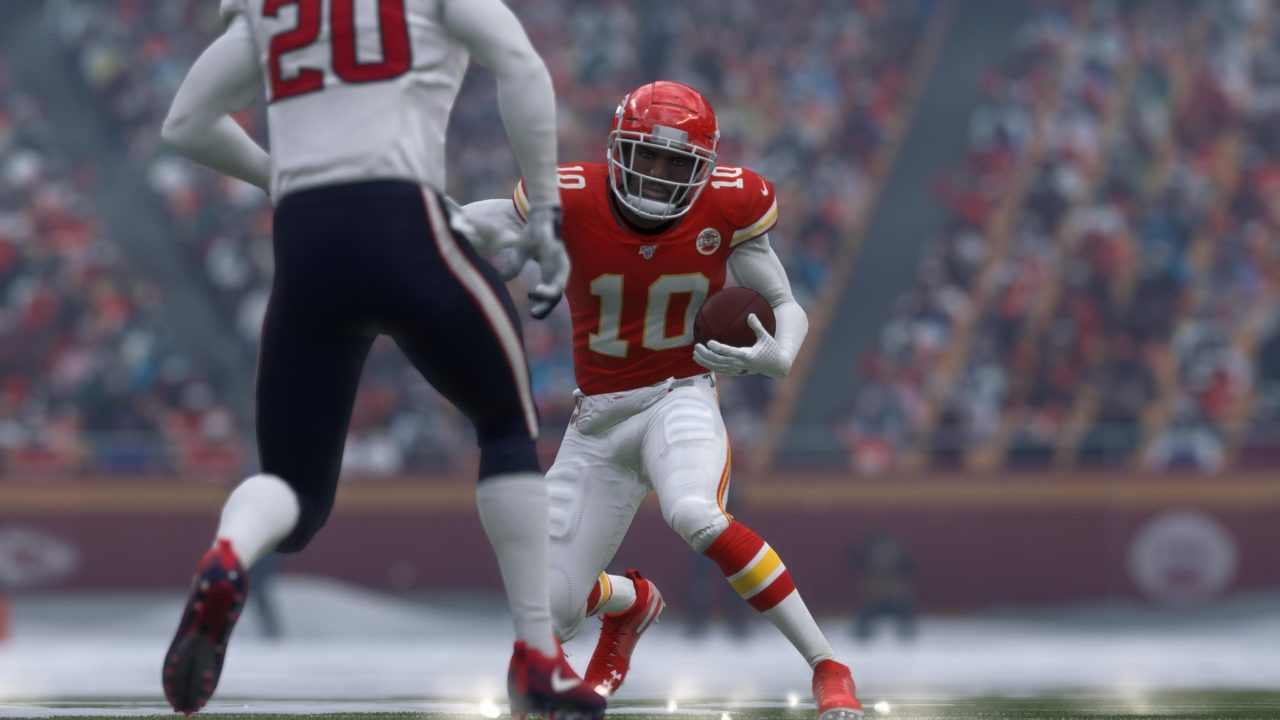 The two teams would exchange punts early on in the second half. Later on, Texans’ kicker Ka’imi Fairbairn would drill a 52-yard field goal to put the Texans back up by 3. Another failed Chiefs possession and a solid punt return would set the Texans up in scoring position.

A missed opportunity on third down from Watson to Stills in the back of the end zone led to yet another Fairbairn field goal. The Texans left points on the field and it would come back to bite them as the ensuing kickoff was taken to the house 105 yards to give the Chiefs the lead 24-23 heading into the fourth quarter.

Both teams began to play tough defense, with neither team wanting to give up a game-altering touchdown. With less than 4 minutes remaining, Watson once again looked for Kenny Stills, this time connecting for the touchdown. 30-24 Texans with under 3 minutes to go.

This is where an elite player like Patrick Mahomes takes over the game and that’s exactly what he did. Much like the Chiefs’ first drive of the game, they moved the ball downfield on the arm of their superstar QB. Houston’s defense would play tough, and on a critical fourth down Mahomes found TE Travis Kelce for the first down to keep the drive alive. With 28 seconds left in the game, Mahomes hooked up with Tyreek Hill wide open in the middle of the end zone for the TD. Harrison Butker kicked the extra point and the Chiefs won by a single point.

This is without question the main event of the divisional round. However, it did not quite live up to the hype that we’re all hoping for on Sunday.

For most of the game, Seattle struggled to get anything going on offense. Green Bay’s defense came to play and had a major impact on things. Russell Wilson was sacked six times and had very little time to throw the football. The first score, however, came in the beginning of the second quarter when Aaron Rodgers would throw a dime to Davante Adams for the touchdown. The Packers wouldn’t look back from here.

Green Bay would add a field goal before the half and would head into the locker room up 10-0. 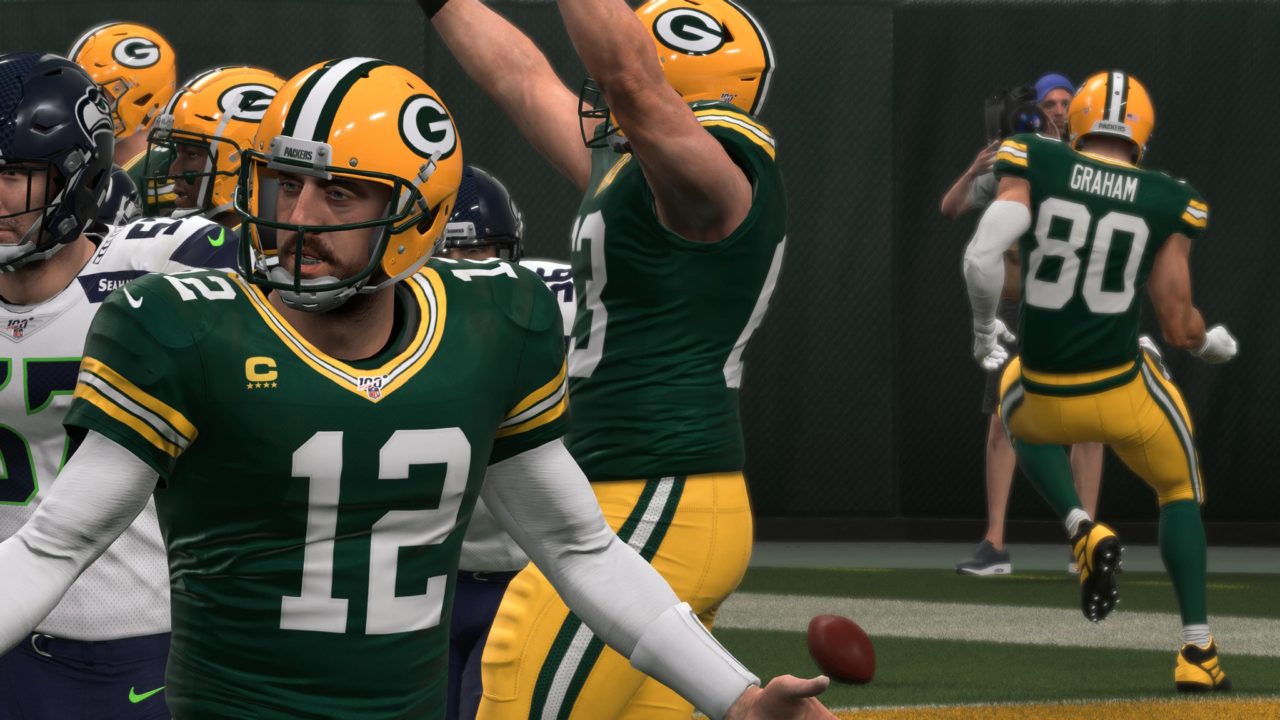 The Packers would get the ball back and drive with ease on the legs of Aaron Jones. However, it was Jimmy Graham that would score on a TE screen to give the Packers a 17-0 lead. Seattle would respond on a deep pass from Russell Wilson to David Moore to cut the lead to 10. Unfortunately, the Seahawks wouldn’t score again in this game. Instead, the Packers would continue to work the clock and play stellar defense.