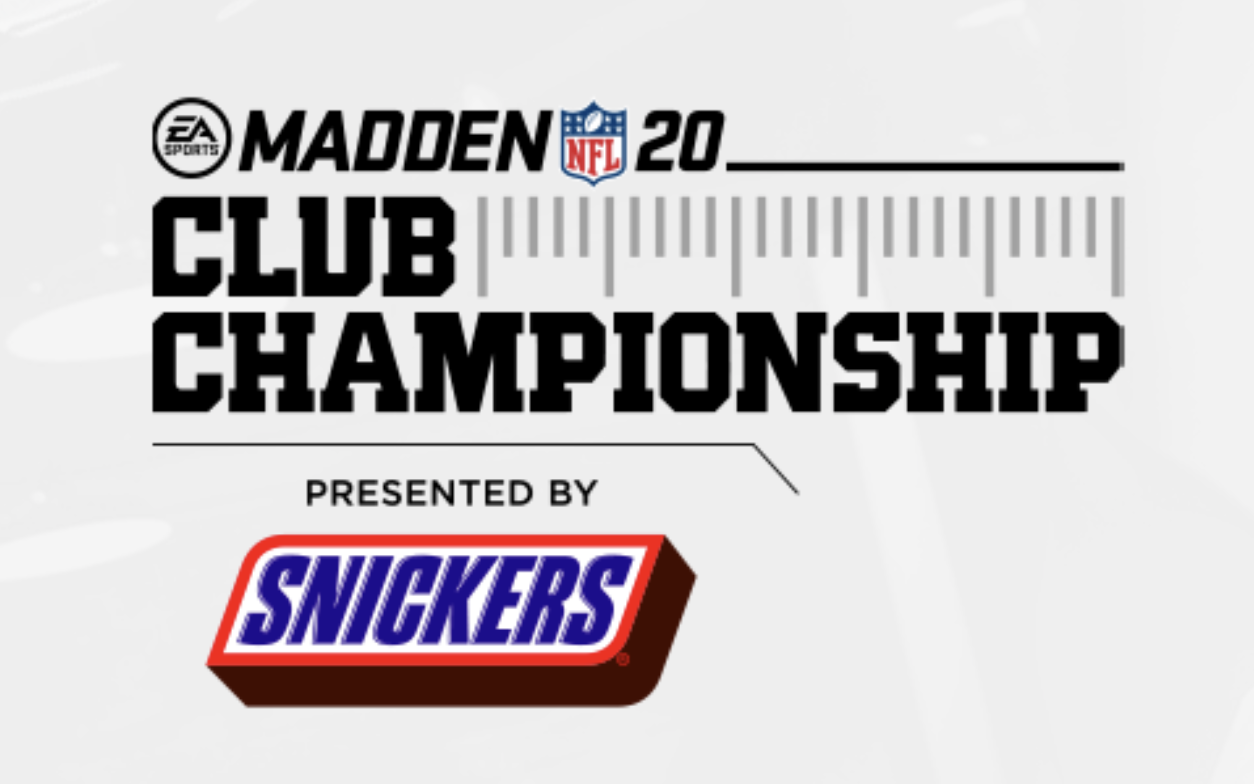 For the third time in history, Madden NFL’s Competitive Gaming Series returns, with the quarterfinals of the Madden NFL 20 Club Championship, presented by SNICKERS, set to begin at 7:00 PM ET today and tomorrow evening.

All 32 NFL teams are involved and are rooting on their club champion as they battle it out for a piece of the largest total prize pool in MCS history, $703,000.

There will be 4 total matches today, in 4 broadcast blocks. Fans can tune in on Twitch and YouTube.

The semifinals, scheduled for tomorrow evening at 7:00 PM ET, will feature 3 total matches, which can be viewed on Twitch, YouTube and the ESPN app, with the championship game at 9:30 PM ET.

There will also be an ESPN special on December 27, as ESPN 2 will air a one-hour Madden NFL 20 Club Championship special at 8:00 PM ET from the EA Broadcast Center, at EA Redwood Shores, in Redwood City, CA.

Among the 32 competitors, seven are making back to back EA Major appearances, five are previous MCS belt winners, 13 will have their first EA Major debut and one is the youngest player to ever compete in an EA Major.

All players are contenders, but here is a few to keep an eye on:

Be sure to check out how SNICKERS is highlighting the best Madden NFL moments.