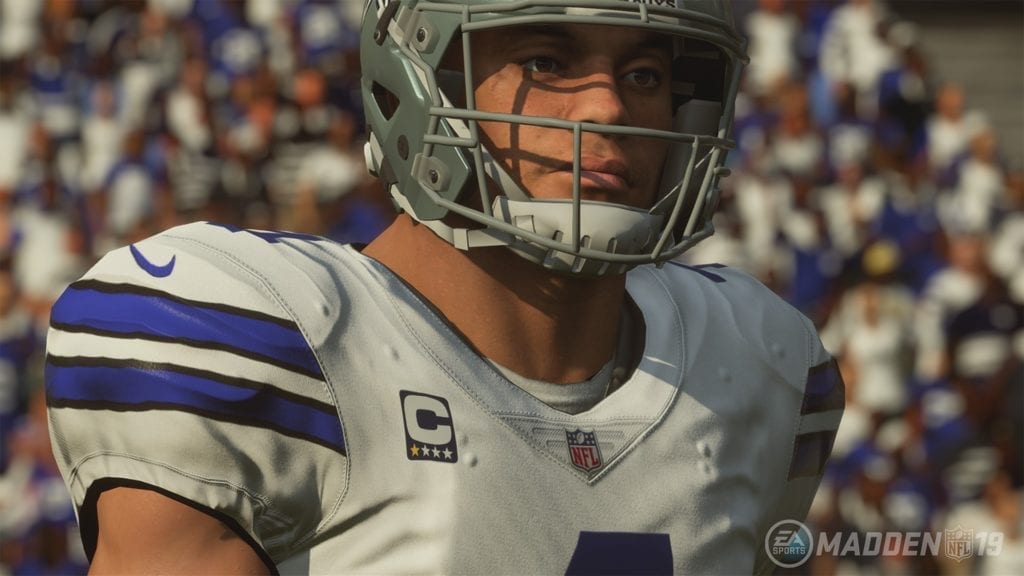 As a hardcore sim fan and a franchise-first guy, I always have lofty expectations when it comes to a game mimicking what I see and hear on game day. With Frostbite and 4K gaming becoming the norm with Madden, two areas I expect improvement are graphics and presentation. The last few iterations of the game have been better, but has Madden 19 risen to the challenge to bring us the true game-day feel? Let’s take look at what the Madden team has given us this year.

I think it’s pretty fair to say that, graphically, Madden 19 looks pretty dang good. Madden 18 also looked good, but this year the team made some improvements in areas, and it really shows when you play the game. Lighting, shadows and various other small improvements shine through to give you a clean looking Madden 19. Uniform and equipment details are quickly visible when you see a good shot of a player, right down to greater detail on the padding under the player jersey(s) that stand out. 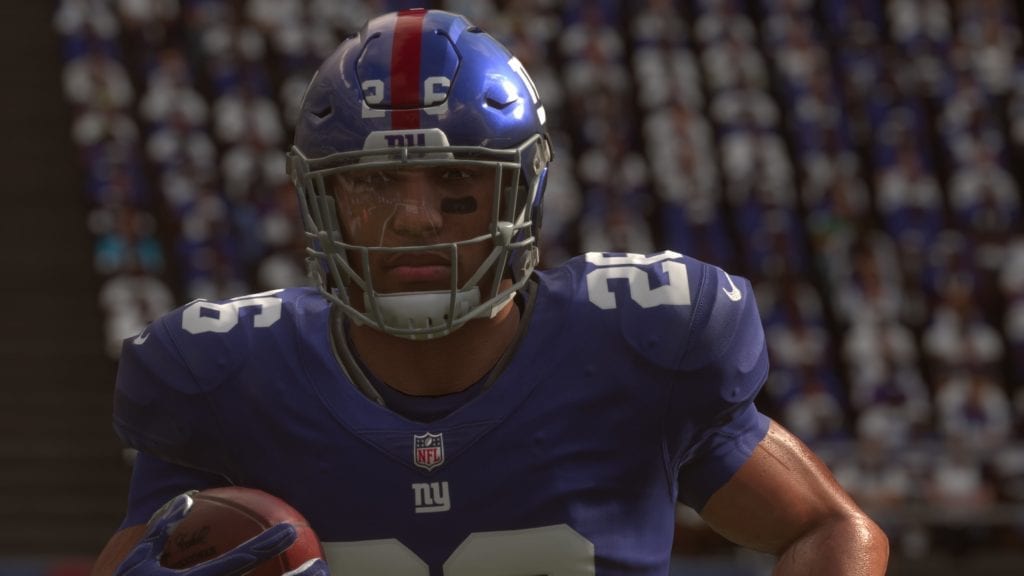 More equipment and features were added, and these look highly detailed on the field. Player faces look a bit better than Madden 18; the caveat here is, unfortunately, there doesn’t appear to be as many player scans in the game as I’d like to see. When using my Denver Broncos and looking at the roster and player cards, the player I see on screen looks good and is detailed, but some players don’t have their actual face scan in-game. This is disappointing. I know it’s probably time consuming to get all player faces scanned for the game, or some players may not want to do a scan, but all player likenesses should pretty much be in the game by now. Madden always releases with a base roster that is accurate as of a certain date, so I think all player scans for that base roster should be in the game as it lends to the authenticity of the product.

Stadiums and the atmosphere around it look more or less the same as Madden 18 — but are just more polished. Coaches on the sideline during games look pretty close to their real-life counterparts as well. All in all, the graphics in Madden 19 look very clean and are a little more detailed than last year’s game. I was pleased with what I saw on the field.

Presentation is the area I always expect top-notch quality every year. The one knock Madden consistently gets from longtime fans, including me, is that their pre, halftime and postgame shows are not up to par at this point. EA took Madden 19 and set the groundwork for potential full-on presentation packages either next year or in the next few years. We’ve now got Jonathan Coachman doing the pregame and halftime show. If you’re unsure as to who “The Coach” is, he previously worked for ESPN on Sportscenter and also worked and has returned to the WWE. Brandon Gaudin and Charles Davis handle the commentary and color commentary respectively. I’ve found them to be a good team, and with the addition of callback commentary stories this year EA has really improved the plausibility of gameplay commentary. There are still some hiccups with the system; in one instance, I had a touchdown thrown against me that went to booth review. The touchdown call stood and the team kicked the extra point. Brandon Gaudin announced after the booth review that the touchdown was wiped and third down would have to be replayed. I’m not sure if that was a problem with the game itself, or the commentary chosen by the game. Another glaring issue that came to light within the commentary was the fact that the Los Angeles Chargers were being named as still being in San Diego, as seen in Twitter user @COOK17‘s tweet below:

EA has since released a statement saying that this would be fixed in an upcoming patch.

Madden 19 went a bit further this year and added new stadium exteriors and points of interest to NFL stadiums to increase the TV authenticity. It’s pretty cool to see the giant metallic falcon outside of Mercedes-Benz Stadium in Atlanta, mind you I’ve only seen this once since playing. During pregame and throughout the game, you’ll see some cool 3-D broadcast graphics that definitely help the overall presentation package. 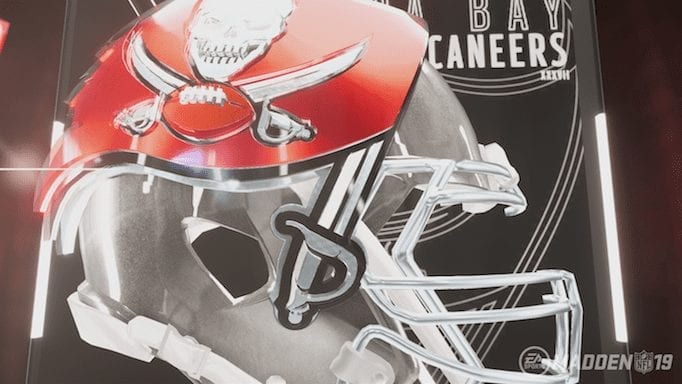 Where I find the presentation really came to the forefront is in franchise mode, where it seems a lot more effort was put into ensuring that the immersion of your franchise and the goings-on of the rest of the league were always kept up to date. As mentioned before, Jonathan Coachman handles the pregame introduction, hyping you up for the upcoming game, but will also speak about the game briefly in terms of your season and the matchup. At halftime, you’ll get updated on other games that are in progress, completed or upcoming for that week. This is done with a nifty little 3-D map overlay, and you’ll also see a League Schedule screen with breakdown as well. This is a long awaited and welcomed addition that Madden has needed for some time now.

All in all, I think that despite the obvious issues we’ve seen since launch that Madden 19‘s presentation and graphics have definitely taken a very positive step forward this year; it looks like the developers have started to listen to the community, and they’re trying to make Madden a total package. With the improvements also made to gameplay, it’s fair to say we just might finally be on our way.

What do you think of this year’s graphics and presentation package? Leave a comment and let us know!