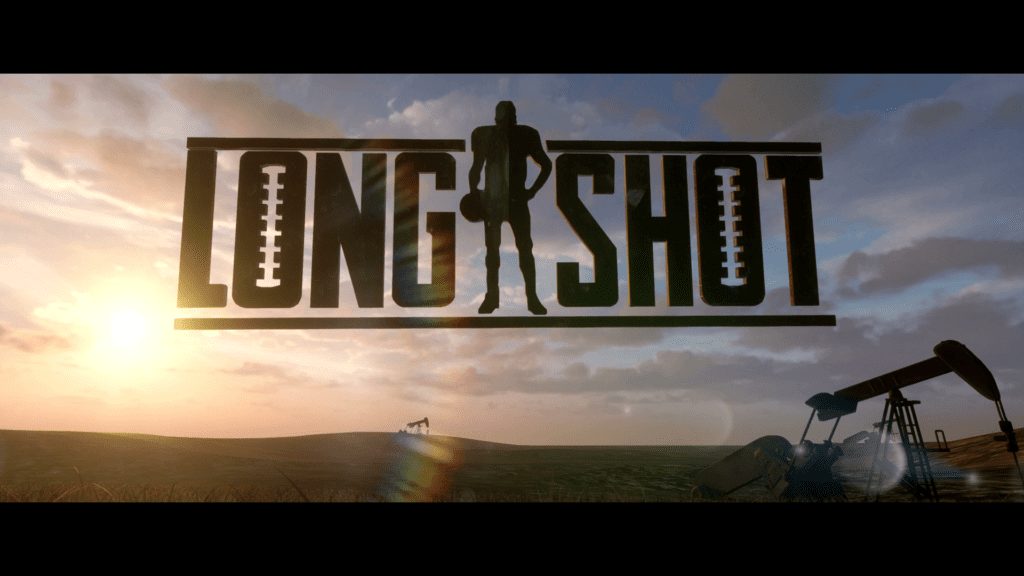 (EDITOR’S NOTE: Some light spoilers ahead. Do not read unless you are okay knowing some stuff about how Longshot can play out.)

Over the last 10 years in sports video games there has always been a quiet, or at times, very loud cry for “better and more.” More depth. Better graphics. More modes. Better gameplay. More realism. The last point, realism, is one of the things that sports gamers like to see and really appreciate when they pop in their favorite title to their systems and start to play. Since 2011’s Fight Night Champion there have been some titles through the last six years that have included a Hollywood inspired story mode which plays out like a movie, and allows the player to be fully immersed in the mode. Following a linear predetermined story, the aforementioned Fight Night Champion’s “Champion Mode” really showed that when the time and top technology of the day were put to their full potentials, we were left with stunning visuals and a story doused in entertainment and shades of emotion that left us wanting more. The introduction of the Frostbite engine into last year’s FIFA 17 had a profound effect on the game as a whole but allowed us to experience “The Journey” — a story mode that allowed the decisions made by the player to shape what happened throughout, and somewhat determine how the story would end. It was a success, and we’ll see the return of the mode in the upcoming FIFA 18.

After the success of FIFA 17, the dev team for the Madden series decided this was the time to take their game to the next level; Madden 18 will use the Frostbite engine. As we saw last year for FIFA, the engine has unlocked a new world of potential for the Madden team and is giving us a beautiful visual game with new fresh animations among other things. One of the most anticipated additions this year is the new story mode feature: Longshot. Let’s take a walk down the sideline and see what we’re offered.

The Creation of Longshot

I had the luxury to, like NBA Live 18’s The One, play in advance during my visit to EA HQ. Mike Young, writer and director of this immersive story, gave us the background of how Longshot came to fruition. This story has been four years in the making; it was expressed to us that Longshot could have been released about two years ago, but the real vision that Mike had was fully realized and able to be unleashed thanks to Frostbite. What we quickly learned from the brief introduction to  this story was that there was a big emphasis placed on emotion and having a connection with each person that would be playing through the mode. Wanting a smooth flow as it was being played through, loading times were kept to a minimum. The cast that was used is diverse and some of the actors have previous football experience; JR Lemon, who plays as the main protagonist Devin Wade, played college football for Stanford University and had a brief stint with the Oakland Raiders. Scott Porter, who plays as Colt Cruise, played as a wide receiver in high school. He also acted extensively as Jason Street, one of the main characters in the hit NBC series Friday Night Lights. Joining our two main characters is a cast that is nothing to scoff at; NFL Legends Dan Marino and Bill Cowher get involved with the story, ex players Chad Johnson and Larry English play out some roles, and lastly Hollywood star and Academy Award winner Mahershala Ali plays the role of Devin’s father, Cutter. The word that Mike Young used to describe the cast used to act out his vision was that they were “legit.” I can agree without thinking twice that the acting throughout the story is top notch on all levels, and definitely incites emotion as you play through it. Ross Fountain will make you cuss at your TV more than once — be prepared for the range of emotion the story makes you feel.

The Kids From Mathis

Colt shoots it straight with Devin.

As you start to play through the story, you’ll start to understand right away that every choice you make matters. Decisions that you’ll make throughout the story can have an effect on what happens to Devin, Colt or both characters altogether (no spoilers!). This will make you consider the relationship that Devin and Colt have as lifelong friends as you play through. Devin has a little bit more of a serious personality while Colt is a joker that comes off as very lighthearted. The relationship and camaraderie shared by these two friends is very real, as you’ll be able to relate to how their interactions play off right through from start to end. Colt can be self-absorbed at times, but he really does care about the success of both himself and Devin, and wants nothing but the best for both of them. As much as this story is about Devin and his attempt to redeem himself and make it pro, you will definitely feel that Colt deserves to be right by his side every step of the way. You’ll also see how powerful of a bond Devin has with his father, Cutter, and how it has affected his life and persona.

Longshot really does take a very large risk in doing something that we’ve yet to see in a sports game story mode; instead of having us play through the mode and go through a rags to riches experience, Mike Young has written and developed a story where we will experience real-life decisions and overcoming adversity to reach your end goal — all without getting to play a single NFL down. This, to me, was a fantastic choice as it allows the player to experience the struggle of a star athlete and how he became known as such. Users will experience lots of quick-time events (QTEs) at various points, so attention is pivotal at all times. This is another way that the player is “forced” to stay engaged with the story, which enhances the ability for the emotional connection to flourish. There are various modes of play that appear, and all of them are pulled off and introduced quite seamlessly. We see these various modes of play within several different situations, including high school games and the NFL Scouting Combine. Players will see 11v11, 7v7, and various mini games. Target Passing, a new feature introduced this year in Madden 18, is included at different points. One thing to be aware of with the system is that it can catch you off guard if you’re not fully paying attention. Be ready to push the required button that shows on-screen, and do it quickly.

One thing that is done quite well a little later in the story is teaching the game of football to Devin, and to a larger extent whether intentional or not, the person playing as Devin. This is great for both new and seasoned football fans as you learn some of the concepts behind the “X’s and O’s” of the game; you’ll see brief lessons on playcalling, positions and how to read an offense/defense.

Graphics in Longshot are stellar to say the least. Facial expressions and details are seen down to pock marks on the faces of some characters. The NFL Scouting Combine takes place at Lucas Oil Stadium, which is situated in downtown Indianapolis, and although we don’t get to see the stadium in all of its Sunday game day glory, what we do see of it is beautifully re-created thanks to the Frostbite engine.

Father and son after a big win.

Completing Longshot instantly had me wanting more. After really connecting with Devin and Colt along their journey to try to make the NFL, I really felt bummed the story had come to an end. A nice touch that was implemented is Ultimate Team unlocks for Devin and Colt that let you use the characters at their different points from the story on your Ultimate Team. You’ve also got the ability to play out Devin’s career how you want with Connected Franchise mode integration. The Longshot idea itself that was used in the story is actually a viable one that could be used in real life; it’d be a reality show that I would personally watch weekly without fail. Longshot is arguably the best playable sports story mode to date, in large part thanks to Mike Young and his team’s bravery in attacking the norm and giving us something to truly experience and connect with; it leaves you wanting more after really taking Devin through his battles both on and off the field. The emotional highs and lows, realistic characters and relationships they have, and sense of overcoming everything to truly fight for what you want and believe in are well played. Mike Young has said that based on feedback and fan reaction to Devin and Colt there could potentially be additional episodes and seasons as DLC; here’s hoping that it happens because Longshot has definitely taken the ball to the house for six points. Before you go, enjoy this little serenade from Colt Cruise himself.

Madden NFL Club Championship Announced - Everything You Need to Know
Madden NFL 18 Game Styles: Breakdown of Who Each Style is For