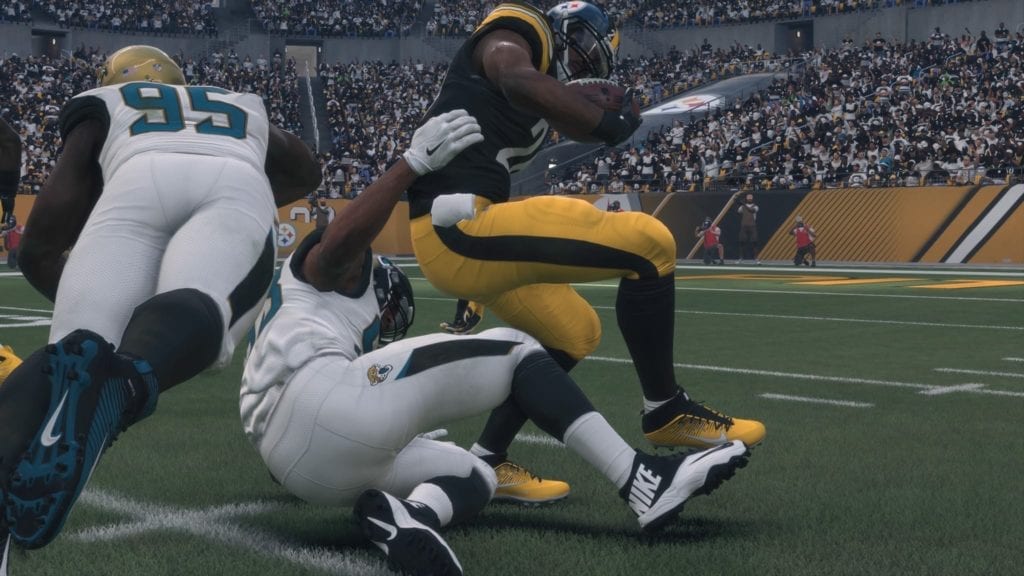 Madden NFL 18 patch 1.09 is available now, check out the patch notes below and let us know what you’re seeing.

Developer Note: Players have given us feedback that they’d like more control when clicked-on to a defender in pursuit. We wanted to provide more opportunities for both user-controlled and AI-controlled defenders to make tackles vs. jukes and spins.