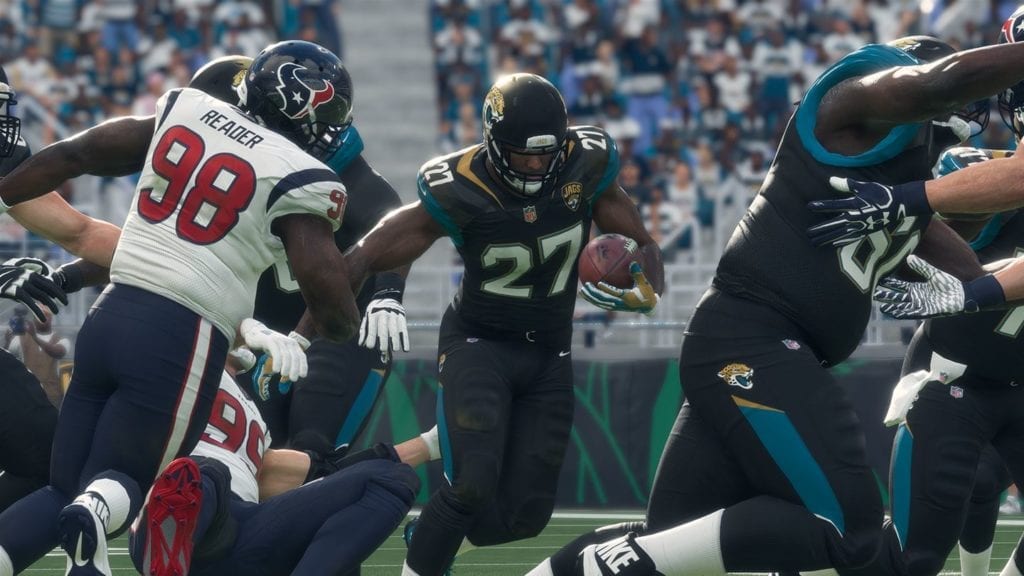 Madden NFL 18 patch 1.05 is available now, addressing a few issues users were having after the most recent 1.04 patch. Check out the patch notes below.

This week, a title update was released for Madden NFL 18 that included a variety of updates and fixes across the game. Most were to address feedback from our players and improve the Madden experience. Our top priority for the update was to address the lag many of our Franchise users are experiencing while playing their games, but we have discovered that the fix we implemented has not been sufficient in fixing the issue. With today’s title update, we are removing that fix from the game, as it has instead resulted in impacting Franchise users.  We will keep working diligently to get the lag issue addressed in an upcoming title update. Issues like this have been, and will remain, our top priority.

Additionally, due to the feedback from you, our Madden community, we are removing two gameplay-specific additions in today’s update: dropped passes and the supporting user banners.

The “Low Catch Rating” and “Catch in Traffic” user notification banners that were added had unintended issues leading to confusion for our players, so those have been removed, and will be revisited in an upcoming update when we can iron out all the issues our community uncovered.

The Madden Development Team takes pride in delivering the best possible experience to all of our community members. We want to take this opportunity to let you know we will continue to work to improve your experience and listen to your feedback. Thank you for giving us such quick feedback as valued Madden players.

Here’s a list of everything included in today’s title update: