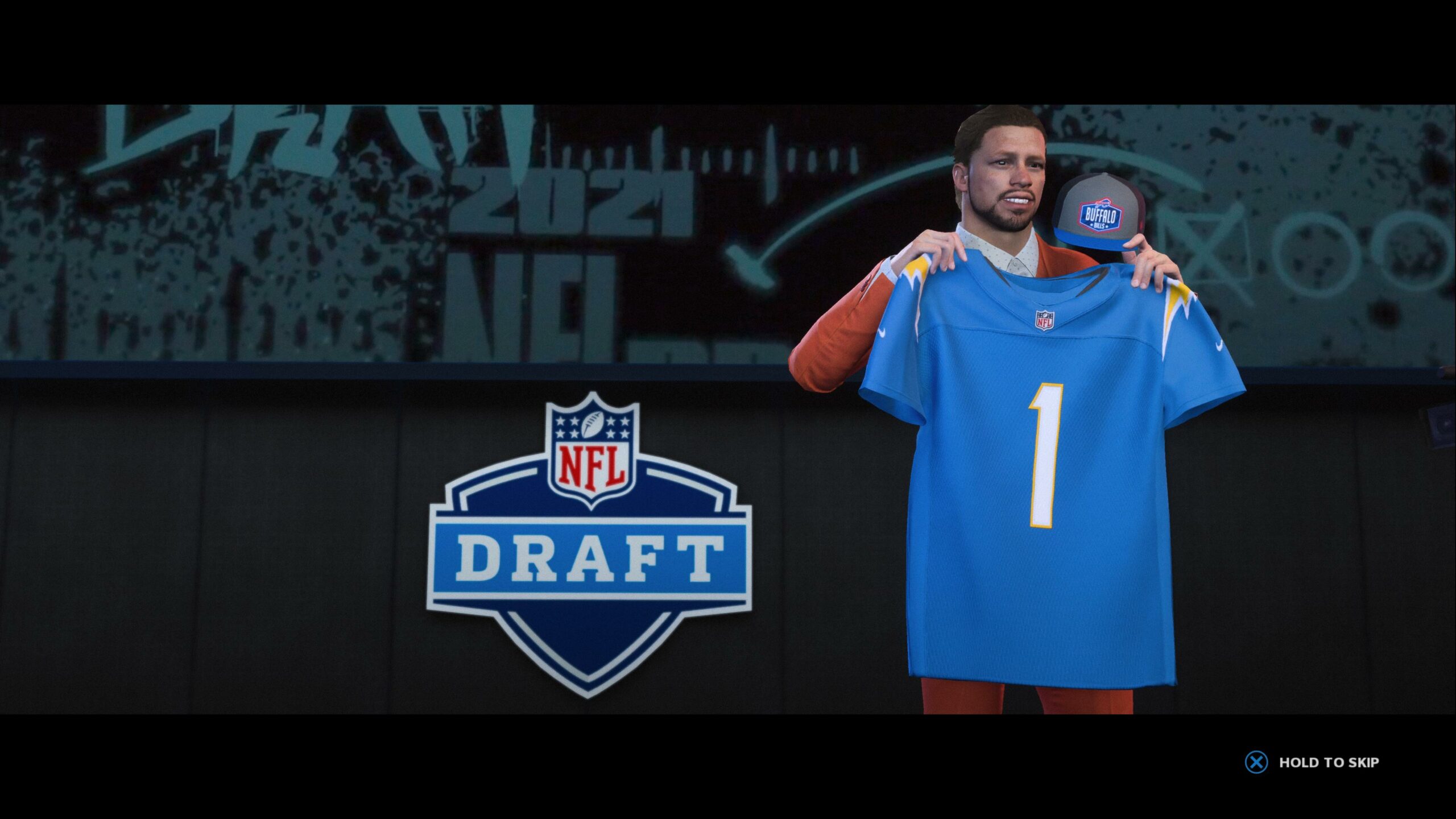 The college football season and NFL season are both in full swing, and over on our forums jcblyaze has been hard at work as usual creating full-on draft classes for Madden 22. He finished the 2022 NFL Draft class weeks ago, but I wanted to feature it now because he’s closing in on finishing up a 2023 draft class as well. This means there will be two full-on classes available on PS5 (with hopefully two more still to come).

The community creations can be buggy at times on Madden Share, but these classes are worth the potential headache based on how much the community seems to enjoy them. Plus, it’s very rare to find a full seven-round class on consoles that even approaches real life results.

First, a reminder to EA and 2K that they still need to find a way to allow us to bring draft classes/custom rosters/etc. from one version of the game to the next because too much hard work has to be re-done year after year to create these custom edits all over again. With these rosters, while I’m sure jcblayze enjoys creating these rosters, life would be much easier if he could take the template he already created the year prior and just work on it once again. It remains the missing link in many of these sports games, with The Show‘s old system being as close as we’ve gotten on consoles to a gold standard.

Lastly, I just want to thank jcblayze once again for doing all the hard work here. The community tries to help out where possible, but this is a herculean effort to put together this many players in back-to-back years, and with the new scouting update it gives these sorts of classes a little more life than we previously had with them last year. Some people do believe the generated classes end up creating more “realistic” results than these custom ones, but if you’re looking for the most “realistic” rosters on a console, this will generally be your best option.