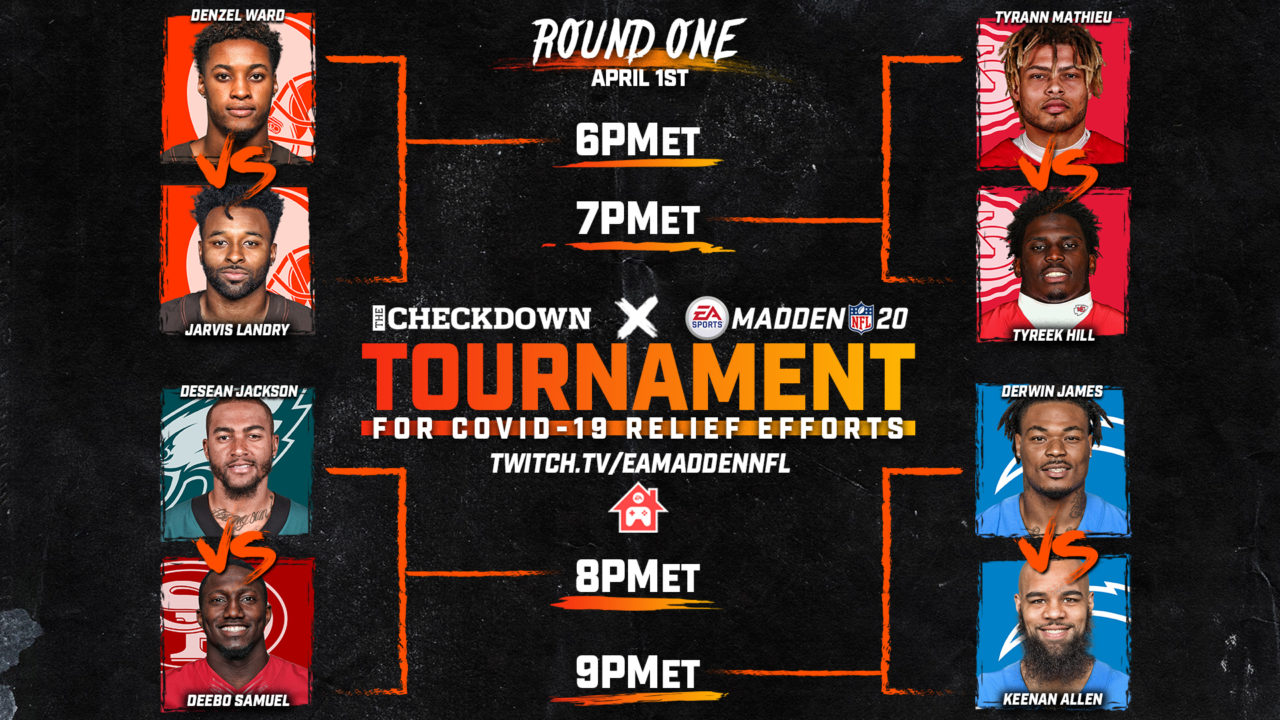 Over the last several weeks, EA Sports has started a movement on social media known as #StayAndPlay. The hope is to keep people inside during the current Covid-19 pandemic. And one entertaining way they chose to bring awareness is by putting together a Madden tournament with several current NFL superstars.

The tournament, which is sponsored by EA Sports and The Checkdown, is raising money for Covid-19 relief efforts. Games kicked off yesterday evening and featured the following four matchups.

DeSean Jackson advanced due to technical difficulties. Derwin James defeated his teammate Keenan Allen, and Jarvis Landry lost to Denzel Ward. But the biggest shocker of the night came between Kansas City Chiefs’ teammates Tyrann Mathieu and Tyreek Hill. The game wasn’t much of a battle, as Tyreek Hill took a commanding lead with the Chicago Bears’ defense. However, the biggest surprise was what happened late in the game. With just over one minute to go, Hill decided to run out the clock in an extremely savage kind of way.

The two would later have some choice words for one another on Twitter.

Nevertheless, it goes to show you no matter how good of teammates you might be, the competitive nature of Madden always prevails.

Kudos to EA and The Checkdown for putting this tournament together.

If you’d like to watch the rest of the tournament, tune in tonight at 6 p.m. EST at https://www.twitch.tv/eamaddennfl

The semifinals are set. Who do you have taking it all tomorrow? 🤔 pic.twitter.com/hPgd6tl5KL