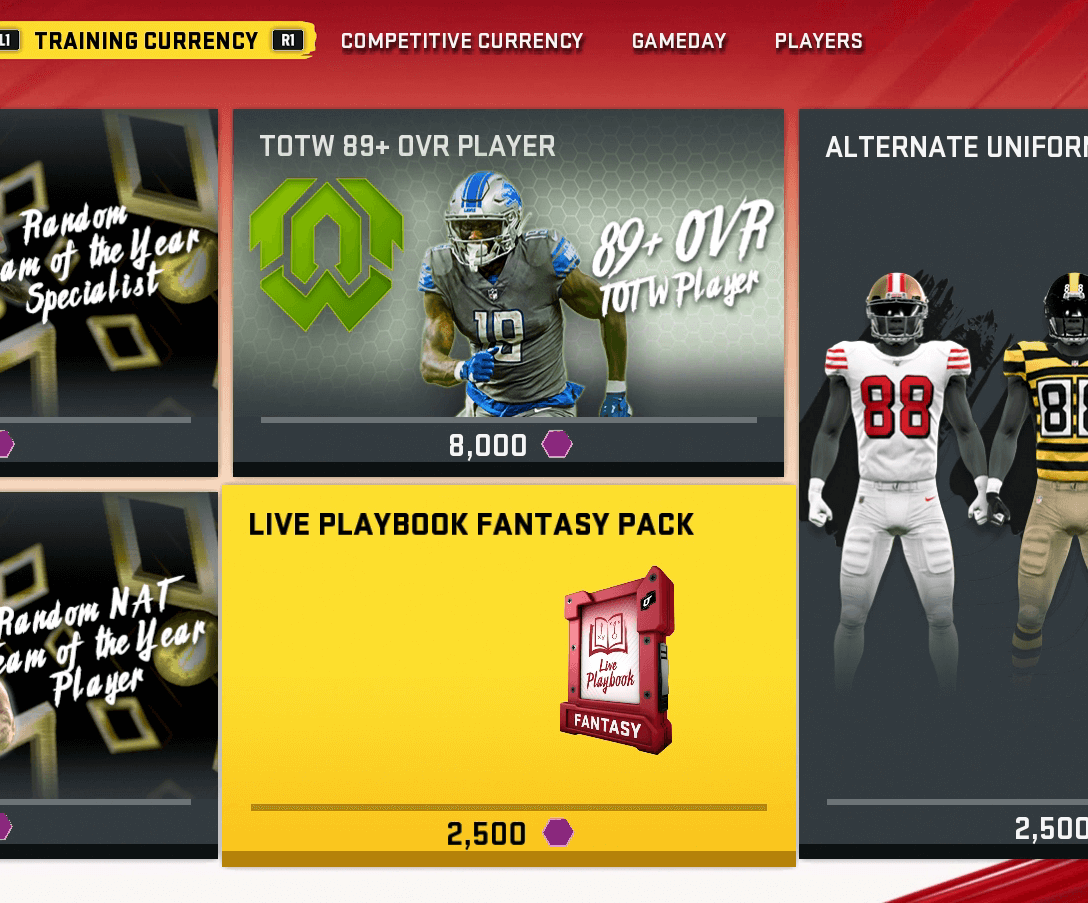 EA Sports games, specifically FIFA and Madden, have been going through some rough connectivity patches, in part due to some targeted DDoS attacks, which may be in response to former FIFA pro Kurt Fenech being banned from playing any EA Sports game. That being said, some changes have been been going into effect — or will be going into effect — that will maybe change Madden to some degree.

First up, new “live” playbooks are in Madden MUT now. There was originally an issue with the release of these, but now that seems to be taken care of for everyone. These playbooks don’t have as many changes as some might expect, and because there seems to be a play limit to playbooks, these new playbooks need to be purchased rather than EA just updating the old team playbooks you already own. These changes have already been in non-MUT modes for some time, so now getting them online in MUT could add some new variety to offenses and defenses.

The variety helps some playbooks more than others. The Ravens’ playbook still does not open up as much as one might hope because there are not enough Lamar Jackson-centric plays, but the Niners get some love, and there’s also some updates for stuff like the Saints playbook that should help some folks looking for something fresh in MUT. Chances are you will still run into people running the same small number of play, but for the folks who actually want to try and create something new in the meta, this is an avenue to do so. The bigger thing is that hopefully these live playbooks can get into MUT, and the regular game in a more consistent and timely manner next season.

Beyond the playbooks, being able to stop the run has been the biggest thorn in everyone’s side all year. It seems that a new formation and adjustments made at the line have perhaps found a classic “video game” way to stop the run. Basically, using 2-4-5 odd, containing the QB and doing a couple other adjustments — depending on the formation and your reads — can lead to a great way to stop the stretch. More or less, the stop is you just tackle the QB before he’s able to hand the ball off. This does not work against every offensive formation (struggles against the Strong I, for one) but it’s something new for the meta.

The Madden team is also looking at various Salary Cap changes for the mode. There is a vote going on right now to figure out what the cap hit should be for some of the abilities:

On Tuesday, March 10th, ability caps w/ the top vote getters will be updated in game.

Thanks for sharing your feedback.
. pic.twitter.com/t5p90c0d0v

This ties into a change that has already gone into effect that impacts the passing game:

Here is some information around the temporary cap changes made to 3 abilities today. pic.twitter.com/VqLQZUvIvN

Matchup Nightmare has been a problem all year, so it’s a little curious why it was decided a change should be made now. I totally agree it should be nerfed, but the passing game is already well behind the running game, so it sort of makes people even more likely to run the ball. The issue with Matchup Nightmare is it almost made your linebacker worse than he really was even when being usered because he just would not compete for 50/50 balls enough. You could have a second defender sneak in and so it’s not like it could not be countered, but it was a nuisance.

Still, there are bigger and more longstanding issues that exist that folks probably wanted to be looked at before this tweak.