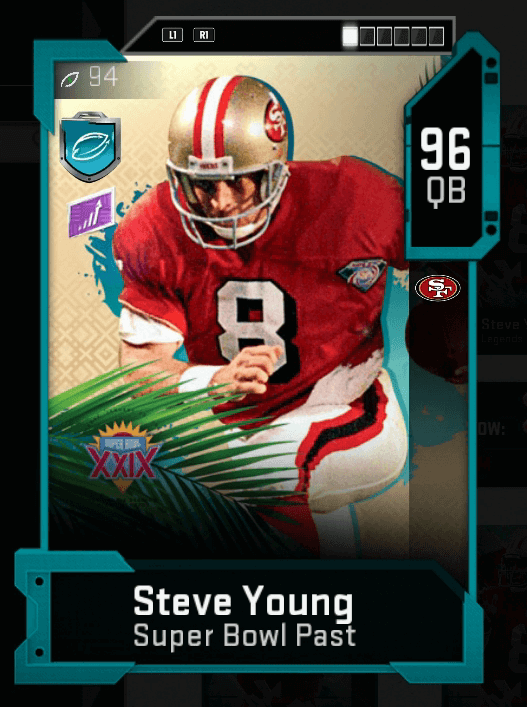 The first batch of MUT Super Bowl players have been released in Madden 20. It looks like a somewhat underwhelming first drop, but the highlight is certainly Steve Young. He is the Master of this first set, and he’s someone people have been waiting to see get updated. That being said, he’s not going to provide you anything new you have not seen before in other QBs (like the recently released Team of the Year Russell Wilson).

Here’s a look at the 10 available players.

Speaking of Eli Manning, the other news with him is he will get a Career Tribute card tomorrow.

Anyway, I’ll be back with a more thorough Super Bowl promo guide over the weekend.