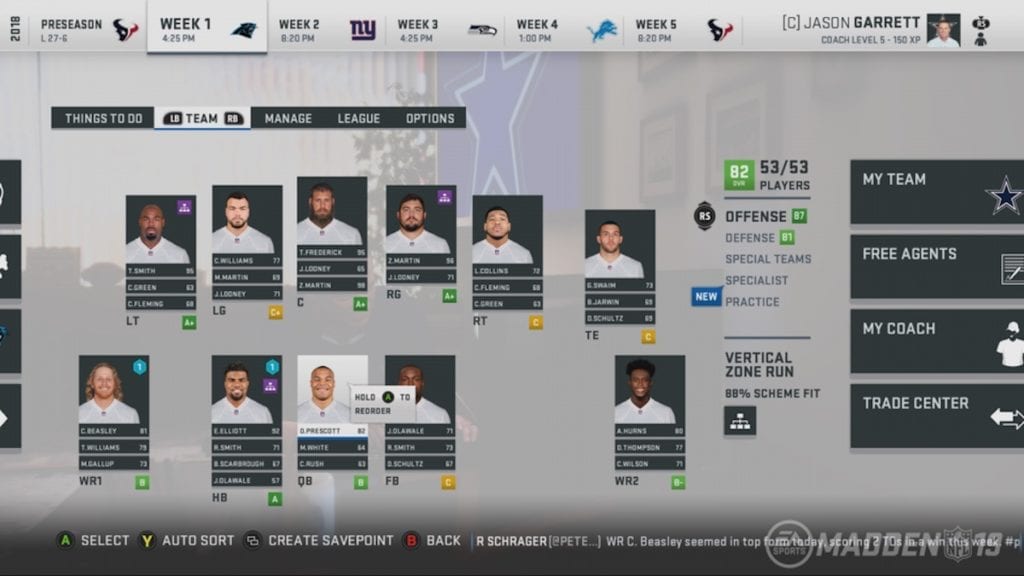 We all remember the days when franchise mode was exciting in Madden. After every game, we’d rush to see what the latest newspaper said about our favorite team. Shortly after, we would spend our time listening endlessly to the Tony Bruno Show. Those were the days…

Nowadays, Connected Franchise Mode has been put on the back burner for more popular modes like Madden Ultimate Team and Draft Champions. This did not sit well with the Madden community and EA made a few changes to accommodate those die-hard fans.

The first noticeable difference you will see as soon as you load your CFM is the redesigned layout. It looks nice, but can sometimes be hard to decipher which option you’re actually highlighting. This can be incredibly frustrating when trying to sim games. Many times I would think I was using the auto-sim to progress to midseason, only to find out one week had advanced — or worse, an entire season! It looks good but needs minor tweaking.

Another thing you will immediately notice is your team’s head coach plays a significant role in Connected Franchise. For whatever reason, EA thought it would be a good idea to put them front and center as they type on a computer and answer their cell phone for your entertainment. It was a good thought and shows off the stellar player models. But after just a few minutes it becomes repetitive and the thought of firing your head coach so you never have to see him again becomes a reality.

In this year’s game, the NFL draft actually feels like the NFL draft. A stage is set and each pick appears on the JumboTron. After each of your team’s draft selections is made, the new draftee will appear donning his new uniform, along with a breakdown of his attributes.

EA has never had a problem making Madden appealing from a visual standpoint, and that is no different in this year’s game. Connected Franchise looks very similar to previous games, and that isn’t necessarily a bad thing, but there are no noticeable differences aside from those mentioned above. 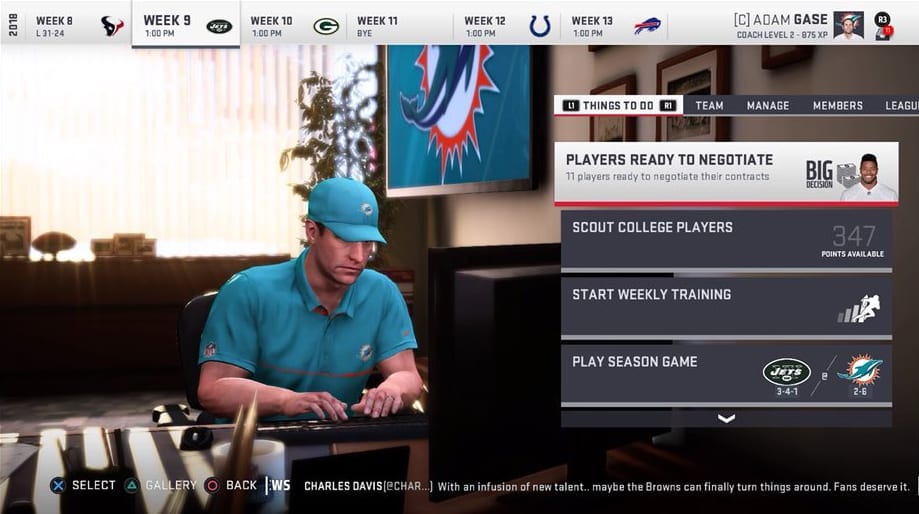 In previous years, it was much too easy to develop a player into an unstoppable juggernaut. It was easy for users to focus on specific attributes and traits that would make each player more dominant than the next. This year, EA got rid of that option and simplified things for the greater good of the game. Each position now has a group of archetypes for every position. By upgrading these archetypes, you will boost your player’s attributes. For example, if you’re using a West Coast Style Quarterback, upgrading that archetype might improve his mid-accuracy and ability to throw on the run. This simplifies things for users and prevents those from taking advantage of the system.

Here is a list of the different archetypes for each position:

HB: Power Back, Elusive Back, Receiving Back

As we saw in the past, players progress and regress based on how well they perform throughout the year. If you’re a superstar player and don’t live up to those expectations, there’s a good chance your attributes will begin to drop. This holds true for players who have breakout years as they will continue to get better at a rapid pace.

Progression and regression work well in Madden 19, and appear to be less flawed than previous years. 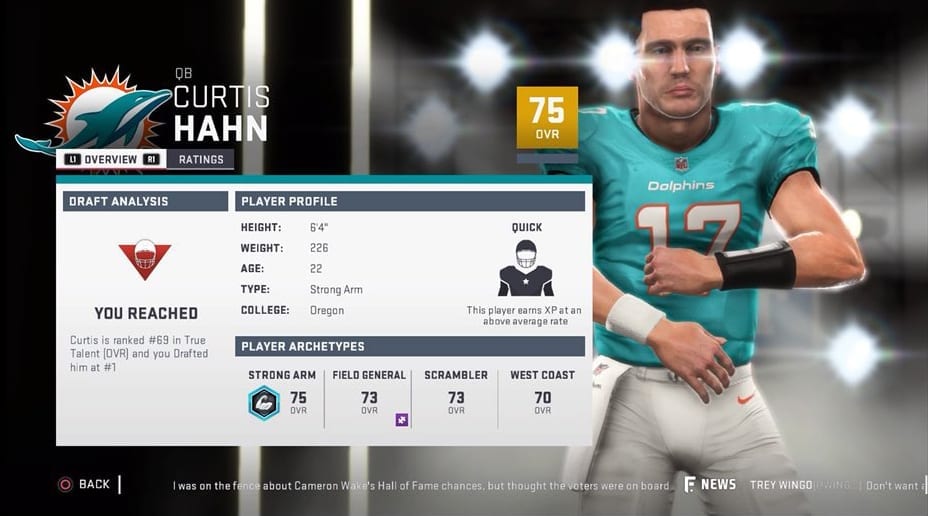 After years of begging and pleading, EA finally re-implemented draft classes in Madden 19. For those who don’t know, custom draft classes allow users to replicate the real NFL draft. This is a timely process, but some of the best roster builders on the planet have set time aside to bring as much accuracy to these draft classes as possible. Custom draft classes bring an added realism to franchise mode and allow you to draft with the upmost confidence year to year.

These draft classes can be added to franchise mode at anytime and are easy to download. Simply search for the desire draft class or sort by downloads. No matter how you choose to go about it, having the opportunity to add future rookies into Connected Franchise is a game changer.

At the end of the day, Madden 19‘s Connected Franchise mode isn’t much different than those that came before. It’s still a watered down version from other sports video games and has clearly been put on the back burner for Madden Ultimate Team. If building an NFL franchise is what you yearn for, you won’t be completely disappointed. The new additions make the game a bit more palatable and ultimately give users exactly what they’ve been asking for. The changes to developing players and progression make it more difficult to cheat the system and keep things challenging for the hardcore gamer. It’s not perfect, but it’s enough to keep you wanting more — and that is all anyone can ask for considering the circumstances.