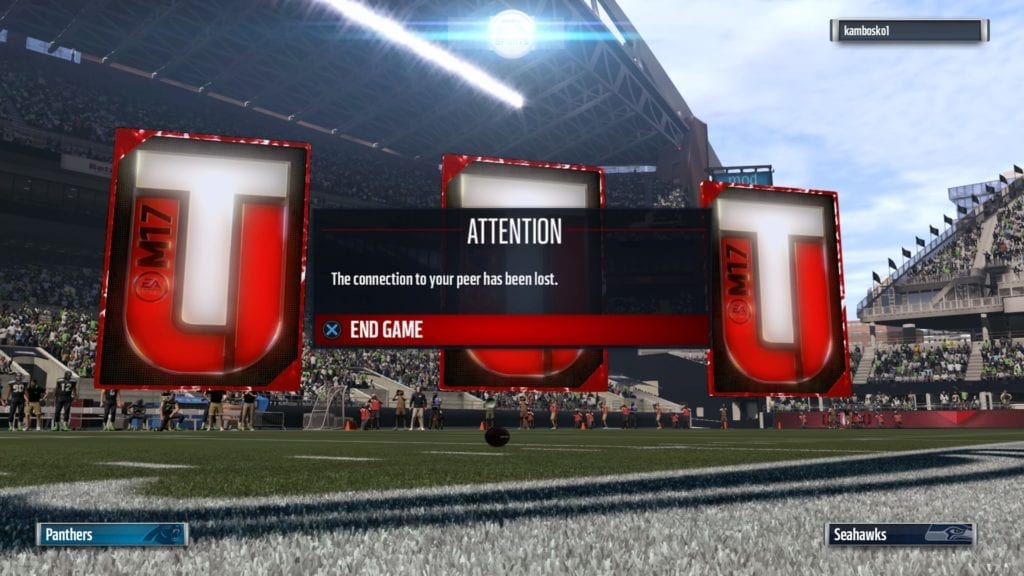 Reports have been trickling out about a new disconnect glitch affecting head to head matches in Madden Ultimate Team. This glitch allows a player to disconnect from the match and either avoid a loss for themselves or actually cause the non-quitting player to take the loss. Obviously, this is greatly influencing the rankings in ranked modes and is robbing good players of well deserved wins.

EA is aware of the issue and investigating. EA also monitoring accounts that are abusing the glitch at this time & will take action needed.

While specific penalties for using the glitch have yet to be announced in detail, rest assured that those using the glitch aren’t getting away with it freely. Cheating is an unfortunate byproduct of online gaming and less scrupulous individuals will always look for an edge. The best thing to do is report any users that are suspected of using this disconnect glitch to EA and let them handle it.

Hopefully this glitch will be fixed quickly and we can all get back to enjoying Madden Ultimate Team. We’ll keep you updated on this story as they occur.