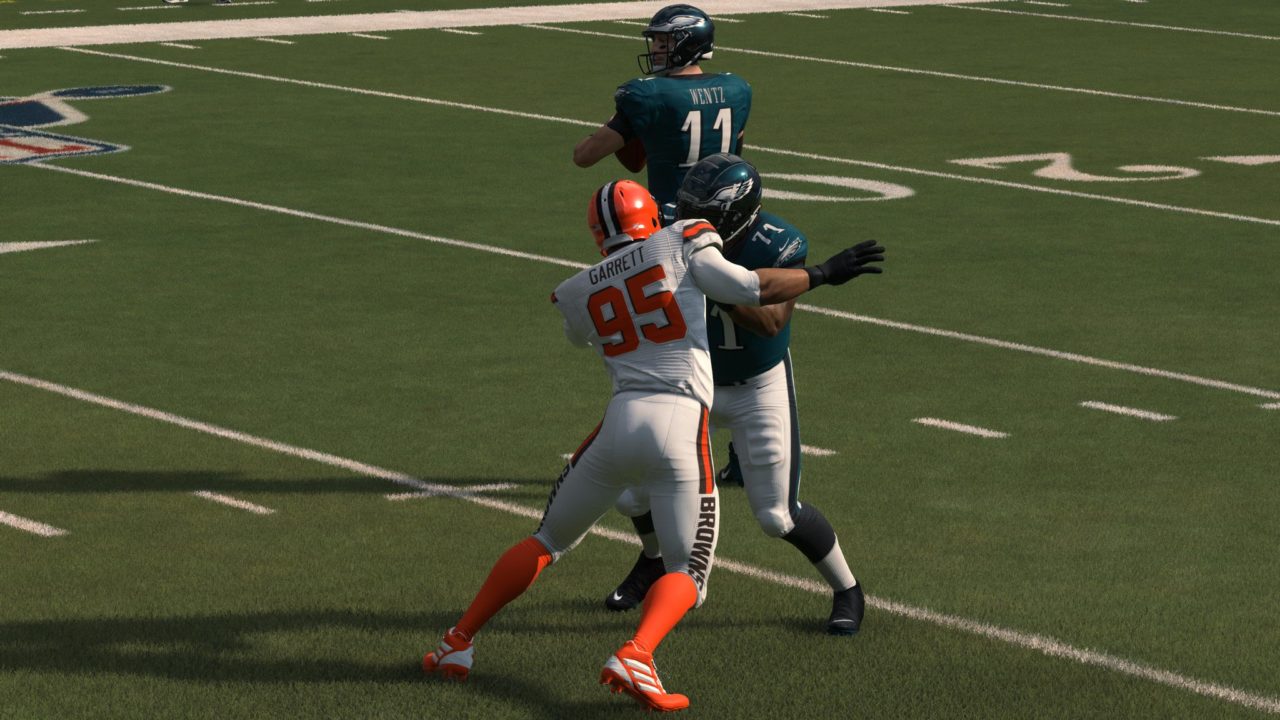 OS forum user Vanilla_Gorilla is generally helpful with his feedback and criticisms when it comes to Madden. He’s one of these people who gives a “how to fix” along with the criticism itself, which i think is the best general practice for how to make criticism useful and not toxic. Plus, it’s always a good way to make an effective Madden 21 wishlist of sorts.

His latest thread has a lot of good quality-of-life changes that revolve around adding some nuance and efficiency to the game. It’s a form of a wishlist, but it’s very specific and focused on adding strategy elements that are not incredibly cumbersome. 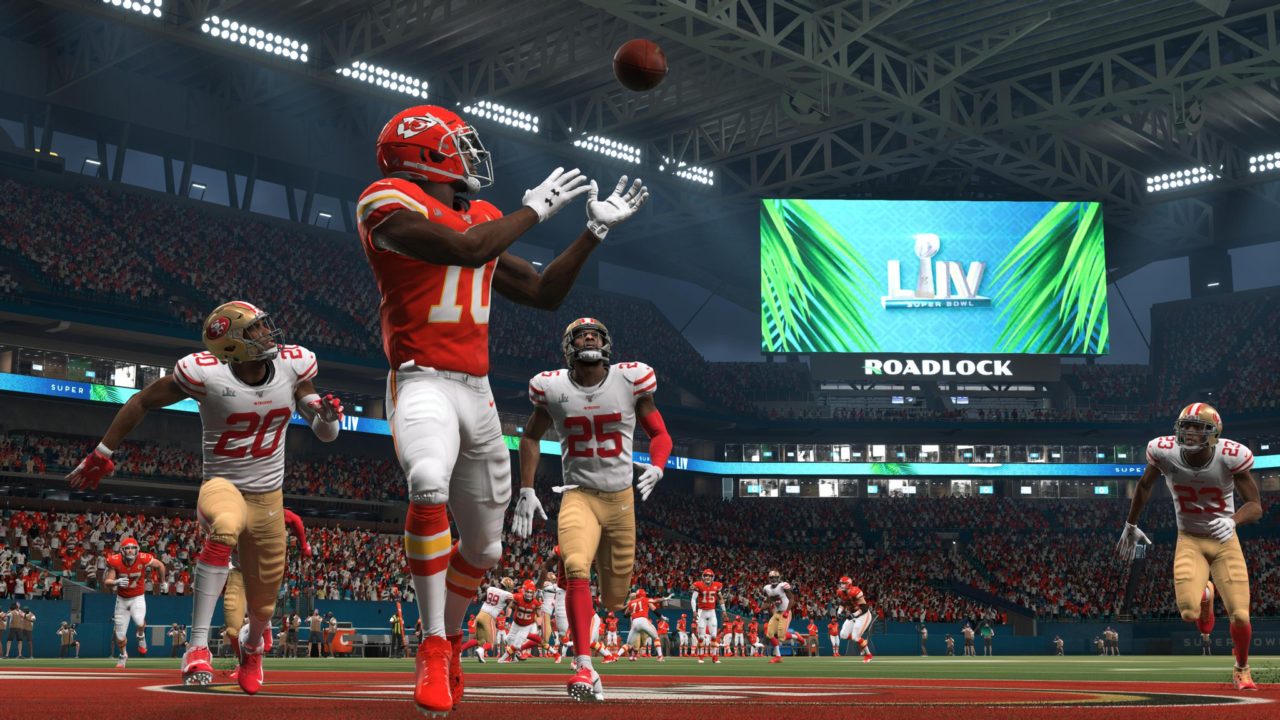 His list has four main topics, and they revolve around User vs. CPU games. However, I think some of them could also apply to online games as well.

His first quality-of-life change has to do with extending the time before the CPU snaps the ball. This would be an optional element, but the CPU does generally snap the ball very quickly at the line (in part due to quicker presentation, in part to avoid having to idle at the LOS, and sometimes because accelerated clock is on). However, online users are very aware that pre-play adjustments are super important, and even more important this cycle. So if there was a way to give users more time at the line of scrimmage to set some adjustments this would be helpful.

Another OS user (reyes the roof) also points out this already occurs in practice mode. If you’re making pre-play adjustments, the CPU will not snap the ball. Personally, I would just include an option where time “freezes” if you toggle pre-play adjustments to on in the options menu. This way you can keep accelerated clock on and all that, but you just have time to make defensive adjustments if you want to against the CPU (assuming they’re not in hurry-up offense). This same concept would not work online where you can quick snap all you want to try and stop people from getting their adjustments in, but that also brings us to his next recommended change.

This has to do with pregame adjustments. He calls out Weekly Training as mostly boring and lacking meaning (he’s not wrong). However, his concept to add on here would be to have preloaded pre-play adjustments already in the bank. So if you know you’re about to play the 49ers and Nick Bosa, you might want to slide protect against him on all passing plays. You could tie this up in the “scouting universe” by looking at who is crushing it in the pass rush, and then say you’re going to slide protect that player’s way on all passing downs. This would be a fantastic change because it is very annoying having to do repetitive pre-play adjustments both online and offline. 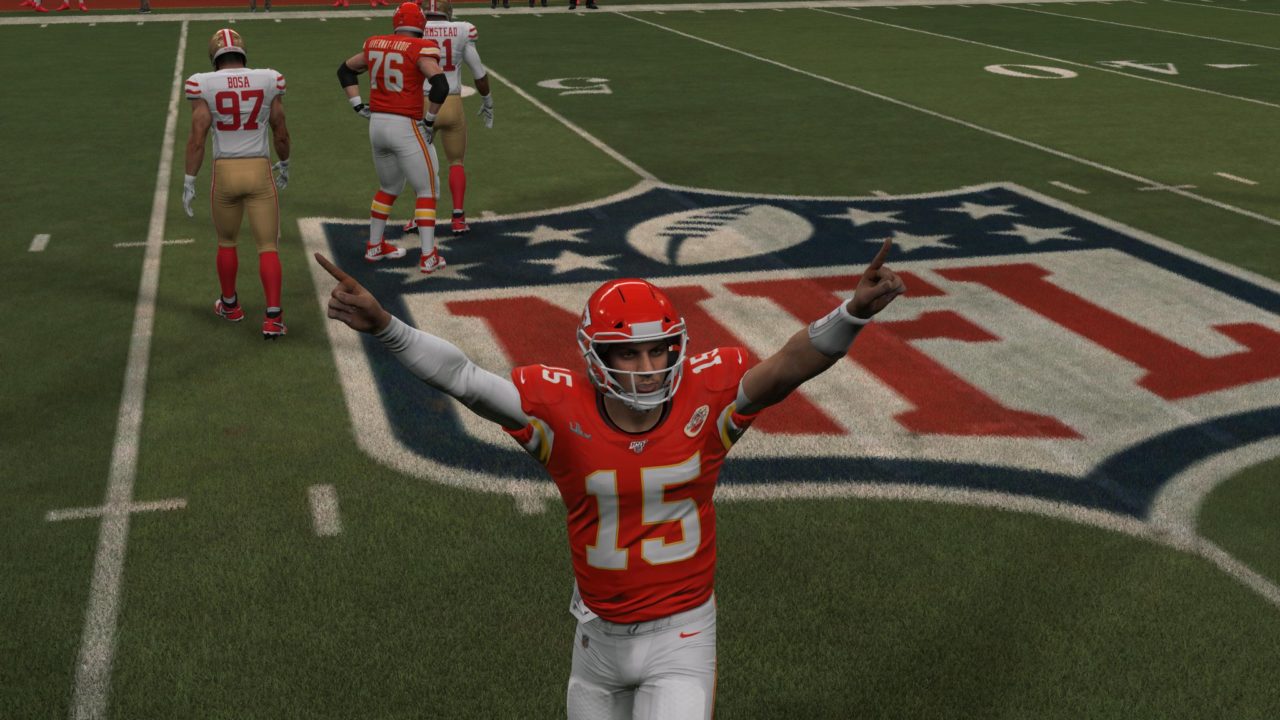 Continuing down that same path, he mentions halftime adjustments as another area to add to a portion of the game that is lacking right now. The halftime show in the game right now is stagnant and boring, but you could spruce this up by giving your coach a chance to make some tweaks. If you’re getting destroyed up the middle on runs, you can set it so your defensive line always pinches. If a receiver is lighting you up on the outside, you can tell the safeties to shade to his side as well.

In other words, you take the pregame adjustments you are now making in this hypothetical universe, and you give your coach a chance to make these same changes once again at halftime. It’s a cool touch because you could put presentation around it to make it feel realistic and engaging, and it would be a quality-of-life improvement as well. Plus, it would add some meaning to halftime to give you this time to make these adjustments. Of course, the counter to that argument is “well shouldn’t you just be able to do this change at any point so it makes the game more efficient?” I think that’s a fair comment to make, but I think that would apply more to the online environment if this were implemented.

On top of that, it would be a good learning tool. I am sure plenty of Madden gamers who aren’t on Operation Sports still don’t know the first thing about pre-play adjustments. If you put a presentation element around it and wrap it in a tutorial of sorts, it would be another way to teach folks how to play the game. Madden has done some great work with the Skills Trainer over the years, but there’s still plenty of other ways to on-board people to the mechanics of the game. 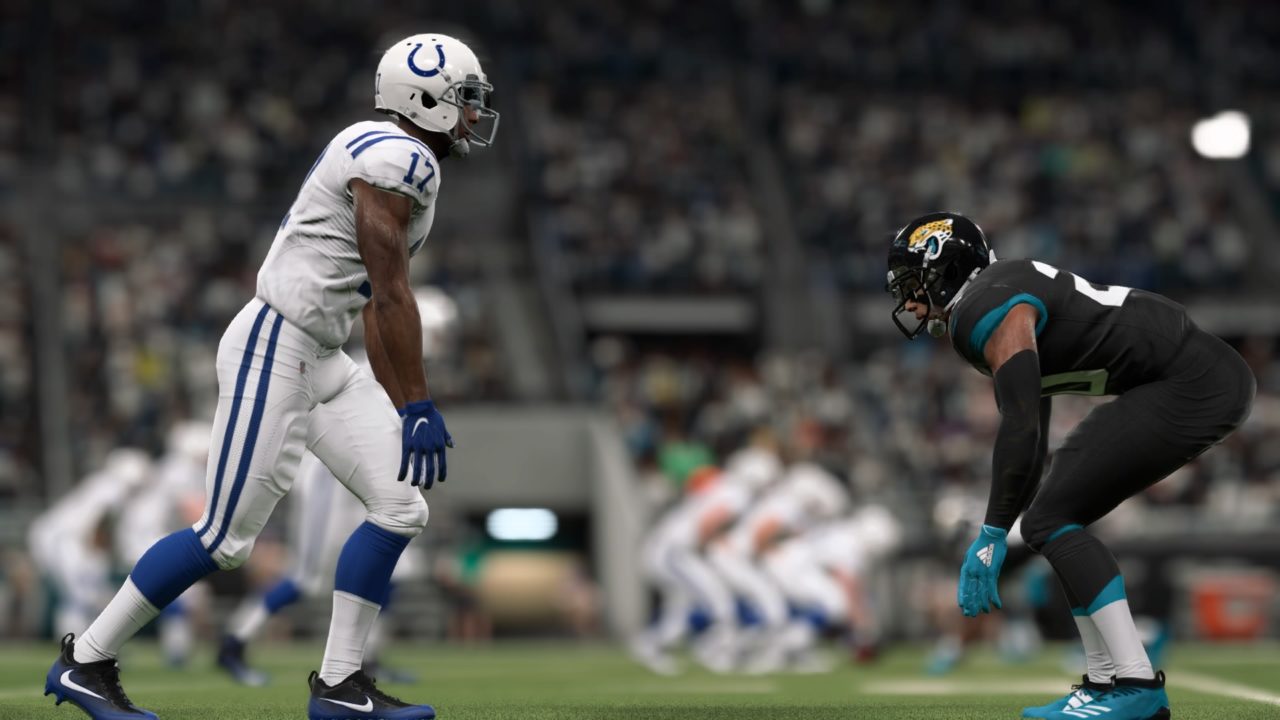 Lastly, he talks about something near and dear to my heart. I have banged the drum for years about how dumb Drive Goals are within Connected Franchise mode. They’re arbitrary to the point of insanity, and his point that you shouldn’t feel like you’re being told how to play with your own team is right on the money. Why should I care about getting a certain number of receptions with X player? Why should I be trying to force it to a wide receiver in the red zone when I’m winning already and want to run it?

Drive Goals are a way to try and keep people “engaged” and interested in stats while getting more XP, but it’s a poor way to go about things. It’s a shoddy concept because it’s the ultimate form of “you’ll do this because it’s a checklist and we tell you to do it because you’re a gamer and that’s what you do” but it’s so blatant that it doesn’t feel football-related at all. Instead, it feels like something you would see in a free-to-play game as you just try to get enough goals accomplished so you don’t need to pay up to play the game sooner.

Instead, he thinks you should be able to customize these drive goals. Going into a game, you should be able to set some parameters for the goals you want to complete in your next game based on a logical game plan or how you’ve been using your team in the past. This way you can set it up to get XP with certain players you care about, or just focus on things you think you will want to do in your next game anyway.

I think it’s an elegant way to add more to the week-to-week strategy while not having to completely erase an idea that feels out of place. I still wouldn’t love Drive Goals in this form, but I would at least understand why they exist and what they’re there to accomplish.

Feel free to head over to that thread and give feedback on those ideas, or even add to it if you think some other ideas play into the same concepts as Vanilla_Gorilla’s do.