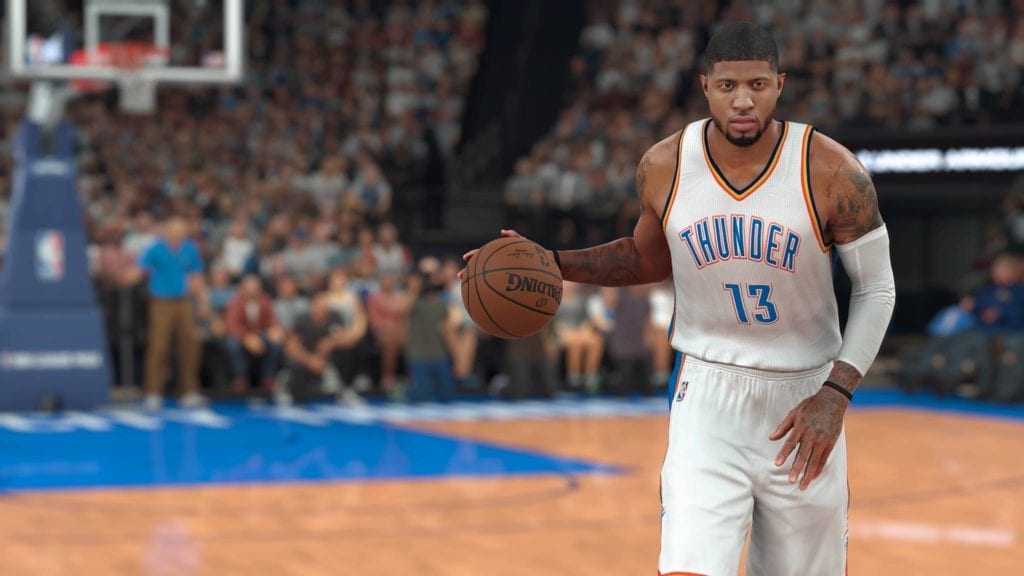 While it’s impossible to ask the 2K team to cram all of the nuances of the CBA into a video game, 2K17 was a giant step in the right direction towards an even more realistic simulation. Here are some things that could be implemented to make 2K18 the most realistic sim yet. As it stands now, you can make an offer to any free agent. And to some extent, that is true in the real NBA. But that’s the black and white version, and free agency has plenty of shades of gray.

Take Chris Paul, for example. The most persistent rumors had him staying with the Clippers or fleeing to either the Spurs or Rockets. But when the season ended, plenty of teams had a need for a starting PG (for example, the Nuggets, Nets and Pacers).  However, given the state of those franchises, if any of them had reached out to Chris Paul’s agent to schedule a meeting, they would’ve received a polite, yet firm, “thanks, but no thanks.”

Superstars go into free agency understanding what teams they want to play for and, of those teams, what teams have the means to sign him. In 2K18, It would be nice to see some of this implemented into the offseason. Instead of diving directly into the contract offer, you should have to schedule a meeting with the free agent before you can even get to the stage where an offer is made.

Using the Nets as an example, it’s likely Chris Paul would refuse to even meet with them. And even if he agreed to take the meeting, it’s highly unlikely he would seriously considering signing with the franchise. But when you’re a struggling franchise like the Nets, just getting into the meeting room could be a big boost to the franchise.

Remember a few years ago when everyone took note of how close LaMarcus Aldridge was to signing with the Phoenix Suns? Sure, they’ve yet to sign a marquee name since that time, but they at least get meetings now. That’s more than you can say for the Orlando Magic, for example.

But the way I see the system working is you first try and schedule a meeting with the free agent. If he agrees to the meeting, it’s at that time when he lets you know his level of interest in signing with your team, and also what steps you need to take to get into position to do so. For example, it may be something simple like clearing cap space.

If you’re trying to recruit Kevin Durant to your team, he might say he wants to see you improve your roster at the PG and C position before he’ll even consider signing. Based on you meeting these conditions, the FA will indicate his level of interest. If it’s 100 percent, then it’s safe to assume he’s yours if you can meet the conditions. If it’s 75 percent, then you have a really good shot. It’s up to you, though, to determine whether it’s worth making all these roster changes with no guarantee of getting the free agent.

If you are just a casual follower of the craziness known as NBA free agency, you might be under the impression that free agency starts on July 1.  Well, you would be wrong.  July 1 is actually the start of the league’s fiscal year.  This is important for many reasons, one of which is that the salary cap for the upcoming season is finally set.

July 1 is also the start of the free agency moratorium period. During this time, free agents are permitted to reach verbal agreements with teams. These deals are considered unofficial until the moratorium period ends, which was July 6 this current offseason.

Of course, virtually every deal that is agreed upon during this period eventually becomes official once the moratorium period ends. There are, however, some rare, but extremely memorable examples of things going south. Back in 2004, the Cavs declined their team option on a young Carlos Boozer because, as they explained it, Boozer agreed to sign a long-term deal.  Once he became an unrestricted free agent, he signed an offer sheet from the Jazz, and the rest is history.

More recently — and thanks to the power of social media much more famously — DeAndre Jordan verbally committed to the Dallas Mavericks. This gave way to the emoji battle of 2015 (and a few other things), which led to DJ changing course and electing to return to the Clippers.

It might not seem worth re-creating this period in future iterations of 2K if almost all deals during this period become official, but this is, after all, a video game. With a few tweaks and some tweakable sliders, the moratorium period could become an essential part of your MyGM/MyLeague offseason.

In reality, free agency never ends. Most teams do the heavy lifting up front and fill holes in their roster as training camp approaches. In 2K17, the free agency period lasts 20 days. During those 20 days, you are free to negotiate with any free agents, including your own. And that’s it.

2K could tweak this so that on day one of moratorium period, the upcoming season’s salary cap is announced. You can also see an overview of your team, how much cap space you have (with toggles to include/not include RFAs, etc.), and a list of free agents along with your front office’s prediction for how much it will take to sign them to your team. From here, you can select three players you want to target during the moratorium period. Steph Curry assumes everyone will want him, but how touched will Nick Young be if you let him know you want him on your team?

On the second day, players respond with their initial level of interest (along with conditions, as outlined above): don’t even bother, outside shot, in the running, etc. On the third day, you extend offers. On the fourth day, players respond and offers are tweaked accordingly. Lastly, on day five, players will make verbal agreements if they choose to.

Just as adding in offseason trades made 2K17’s front office game more realistic, adding in a few more CBA details would enhance the experience even more. Specifically, I’m talking about finances overall and how they affect player salaries and the salary cap. For the upcoming 2017-18 season, the salary cap sits at around $99 million. The luxury tax is roughly $119 million.

One important item already included in 2K is the concept of Bird Rights, which basically allows teams to go over the salary cap to re-sign their own free agents. Using the defending champs as an example, they structured their free-agent signings in a way that allowed them to re-sign most of their team, and Kevin Durant’s willingness to sign for less than the max and wait for the Warriors to re-sign the other players is why this worked out so well for them. If KD demanded a max and/or an immediate offer, the Warriors would have had some tough decisions to make. This is already in the game, albeit by accident. If you happen to make staggered offers with multiple players agreeing, you could stagger the signings to be cap friendly. But a renewed focus on this area with some intricacy during the free agency period would take things to the next level.

This could translate to the 2K world quite easily, especially since the salary cap and luxury tax are already in the game. And owners already give you goals and obligations each year as it is. A slight tweak could be that the owner is willing to spend X amount, this will determine if they want you to stay under the luxury tax or not (or, worse, stay way under). If they do, you have to be smart and meticulous with your transactions. If the owner gives you the green light to spend what it takes, you can get more creative with your offers.

Of course, your own team’s free agents might not be as generous and patient as KD. If he demands you re-sign him to a max ASAP, it might leave you with no more room to make additional moves to build around that player. But if he gives you a verbal agreement to sign at the end of free agency, you could play with your existing cap space to make some signings, and then exceed the cap to re-sign that player (assuming, of course, you have his Bird Rights).

What about you?  What changes or additions would you like to see with respect to NBA 2K’s franchise modes?

As the Dust Settles on the NBA Offseason, How Are the NBA Game Rosters Shaping Up? (Roundtable)
Some NBA 2K18 Player Ratings Revealed