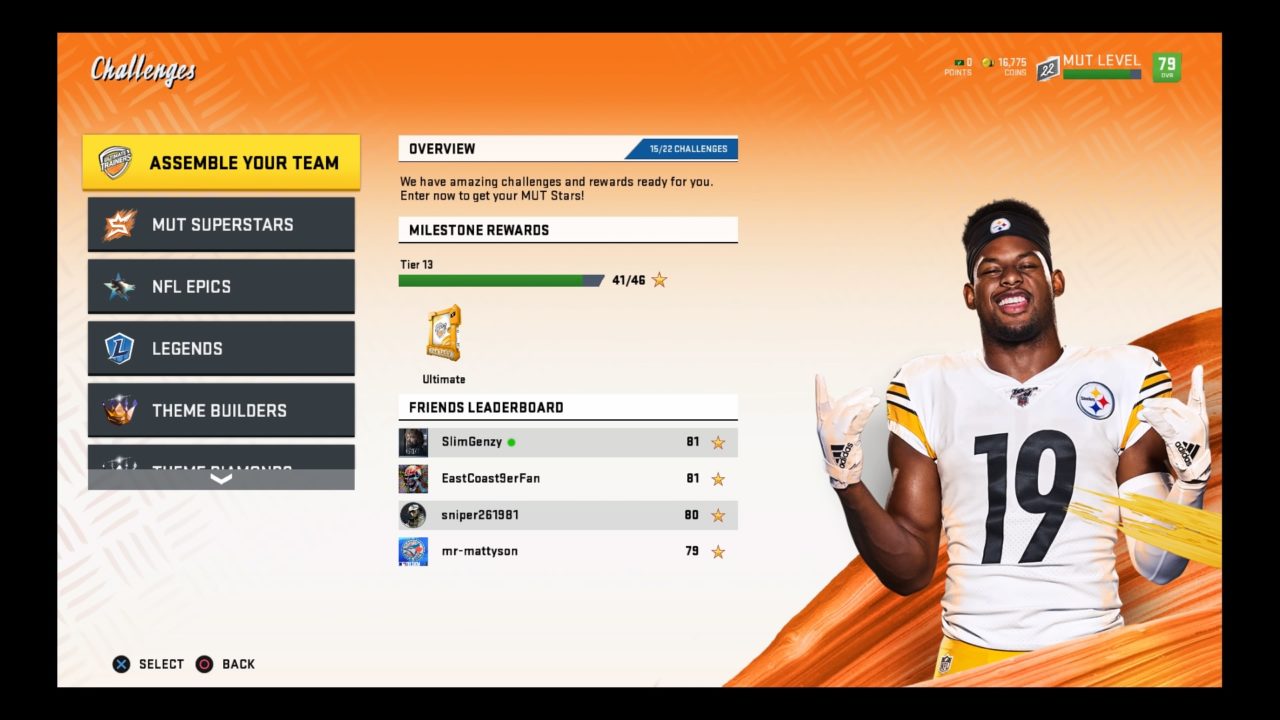 For those just beginning to build their Ultimate Team in Madden 20, it can seem like daunting undertaking to even get a squad to the point where you feel you’re approaching respectability. For that reason, you’re liable to be reluctant for the first little while to take your team into head-to-head play for fear of running into some 86 Overall God Squad that will squash you like a bug and leave you humbled and perhaps weeping in the fetal position on the floor. While some may want to take their chances that the online matchmaking will be sophisticated enough to regularly pit them against a comparable opponent, you may also want to consider strengthening your team first in solo play, where there are plenty of resources to help get that group ready for head-to-head-action against all of those stacked squads out there.

If you’ve played MUT before, you’re likely familiar with the plethora of solo challenges that can be completed for rewards in the mode, but they’ve significantly altered how they work this year. They now will have you chasing stars as the coveted prize, with each completed challenge awarding you a set number of stars based on the difficulty and mode you select, as well as a number of bonus stars that can be obtained through certain achievements within the challenge.

As always, not all challenges are created equal, as some will require all of one play to complete and others will need you to play through full games versus the CPU. When you’re just starting out, the “Assemble Your Team Ultimate Trainer” challenges are a pretty good place to start because they will provide you with quite a few gold cards to begin upgrading your lackluster team. It’s not as if these will be particularly good players or anything, but they’ll be better than what you have and serve as decent stopgaps until you can make other improvements.

From there, the two “NFL Epic” strings of challenges have plenty that can be completed quickly while also rewarding you with more gold players that hopefully will be players at positions of need. It shouldn’t take you all that long to accumulate enough stars to earn the elite Baker Mayfield and Deacon Jones cards that can serve as anchors on both sides of the ball. Plus, you can build up plenty of coins along the way that you’re better off continuing to save until you can put them to good use in the auction house (more on that later).

Aside from that, there are plenty of other worthwhile challenges to tackle, but beware that some of them are going to be the kind that take a little longer to complete. The “Superstar” challenges, for instance, will take a while to grind the required 145 stars but will get you an 89-90 NAT player for your efforts. If you’re a fan of a certain team or teams, you may also want to start on the “Theme Builder” challenges that will provide you with elite players if you’re able to complete enough of them. 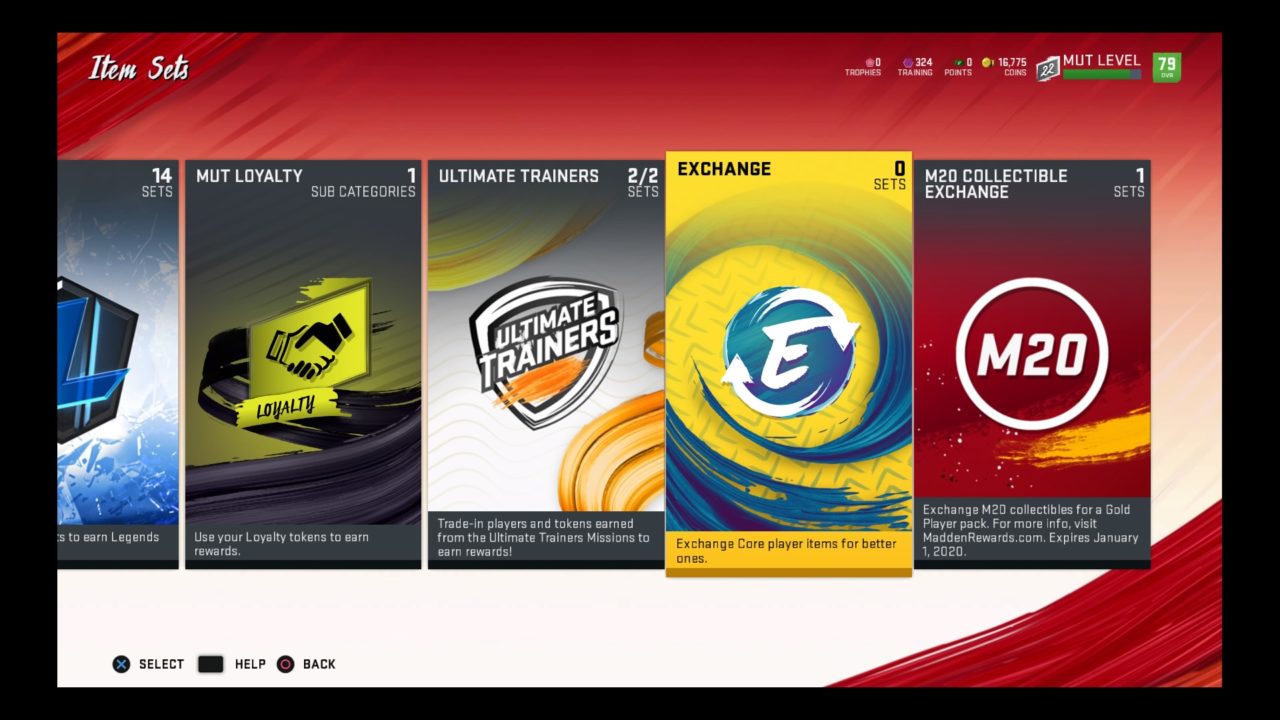 A lot of the sets in MUT, as per usual, will take far too much time, effort and/or coins to complete if you want the most substantial prizes, but that doesn’t mean there aren’t more realistic sets that can be used to your advantage. If you complete enough of the Ultimate Trainers challenges, you’ll earn the necessary number of tokens to trade them in for an 85 OVR player, provided you don’t first waste one of your tokens by trading it in for a lesser Ultimate Trainer player in another UT set. If you do this, you’ll have to wait until you have achieved level 20 in order to complete that set, so I strongly suggest hording your tokens for the bigger reward.

There’s also some value to be found in utilizing the various exchange sets, particularly for trading in any NAT cards and getting a better player in return. If you’re thinking of using the exchange for non-NAT cards, it might be best to first consider if you would get more bang for your buck by sending those cards to the auction house instead. Yes, it will take a little longer to see a return on your investment this way, but if you play your cards right, you’ll probably end up getting better players this way. This brings me to… 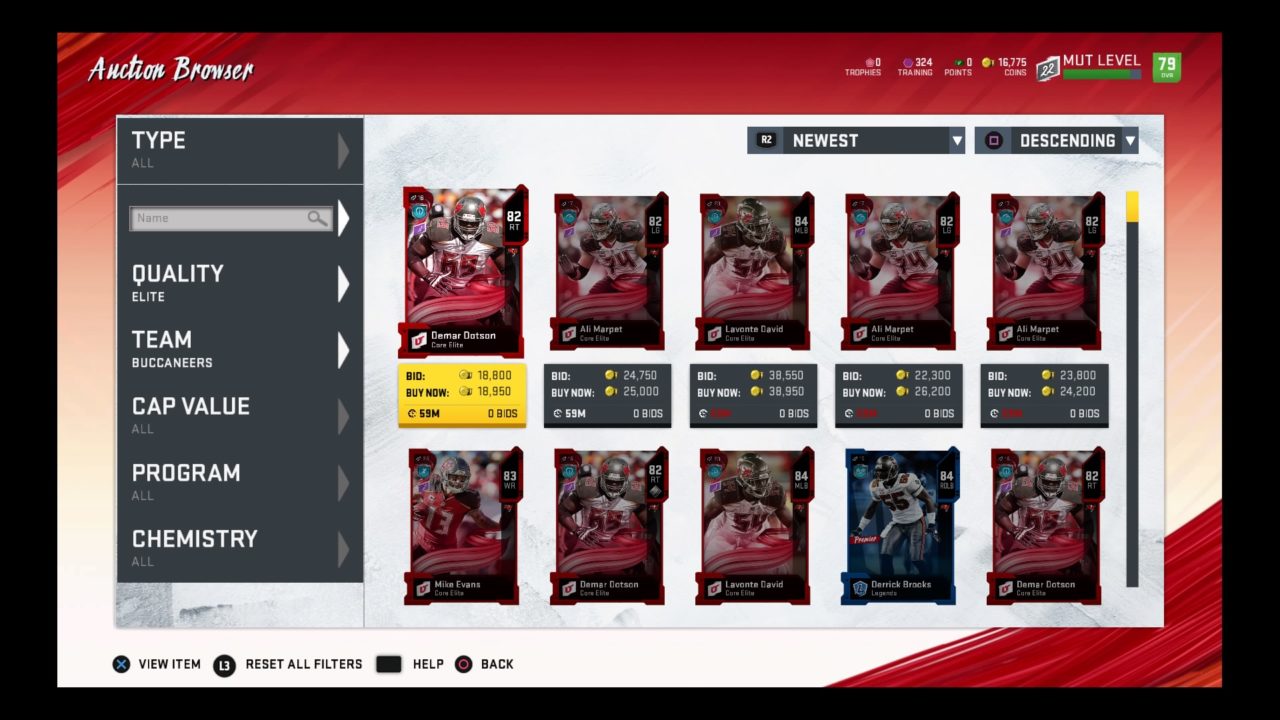 The key to making the most of your coins in MUT is always spending them with a purpose. If you’re able to do this, you’ll find that you can make even the smallest of stacks go far. When it comes to buying packs, I can’t sit here and unequivocally tell you that you’ll be wasting your coins this way because you’ll never get anything good in those packs. But what I can say is that, much like most forms of gambling, it’s likely to end up being a losing proposition in the long run. The house always wins.

By spending your coins in the auction house instead, you’ll at least know what you’re buying. And if you know how to play the market the right way, you can also ensure that you never spend too much on your purchases. Many people make the mistake of simply doing a default search for cards by their Buy Now price and then filtering that search to show auctions that are closest to their conclusion. But what you really want to do is find the most recent cards put up for sale by using a search for newest cards in descending order and then filtering this by position or team so you can actually see cards that just went on the market. By searching this way, you can sometimes “snipe” cards that have been put up for auction at a price well below their market value — if you’re quick (and lucky) enough — but either way you’ll usually find the lowest possible price for any given card that you desire.

When you are fortunate enough to stumble upon the kinds of legendary snipes that lead you to acquiring cards for far less than their worth, you may also want to consider “flipping” those cards by putting them up for auction at their more typical asking price (this is where that Buy Now filter can come in handy to learn just how much people would be willing to pay), thereby helping you turn a profit on the transactions that you can put towards other purchases. Rinse and repeat and watch your money make money.

Missions are new to MUT this year, and while some do seem like little more than mere reminders of everything that you can do within the mode (and could generally be a little clearer about what you’ll receive for their completion), there are others that can provide some decent rewards for accomplishing attainable goals.

The easiest one is likely the daily challenge within the “MUT Dedication” series that requires you to win two games and purchase a pack from the store. Since we’ve established that purchasing packs from the store is a fool’s errand, I’d suggest taking the cheapest pack they have available (the Get a Player pack for 500 coins) in order to fulfill all of the objectives. The weekly objectives set will also give you at least a handful of tasks that can be completed without too much of a commitment, providing you with even more coins to add to your bank.

You’ll also want to be aware of the rewards that you receive as you continue to reach new levels through playing games, as each one will provide you with or unlock something new. Sometimes these will only be a new set of level challenges that you can complete, but you’ll also get things like gold packs, training points and power-up passes that you can use to get your “Power Up” players to elite status quicker. When you unlock special offers on packs in the store, it’s one of the few times that you might want to make an exception and splurge on a pack that’s guaranteed to at least have something worthwhile.

There’s no concrete way to know when your Ultimate Team’s ready to face online competition, so it’s really up to you as to when you want to jump into the head-to-head fray and see how you stack up against others. I would personally recommend working your way up to at least an 80 overall so you’re not completely outclassed and at a severe disadvantage when facing guys with stacked lineups. But if you’re someone who prefers playing against others, or doesn’t like playing against the CPU all that much, don’t be afraid to get involved in multiplayer action well before you hit that milestone. As bad as it may feel to get blown out by a team with better players than you at every position, it also feels just as good to beat a team that looks superior to yours on paper.