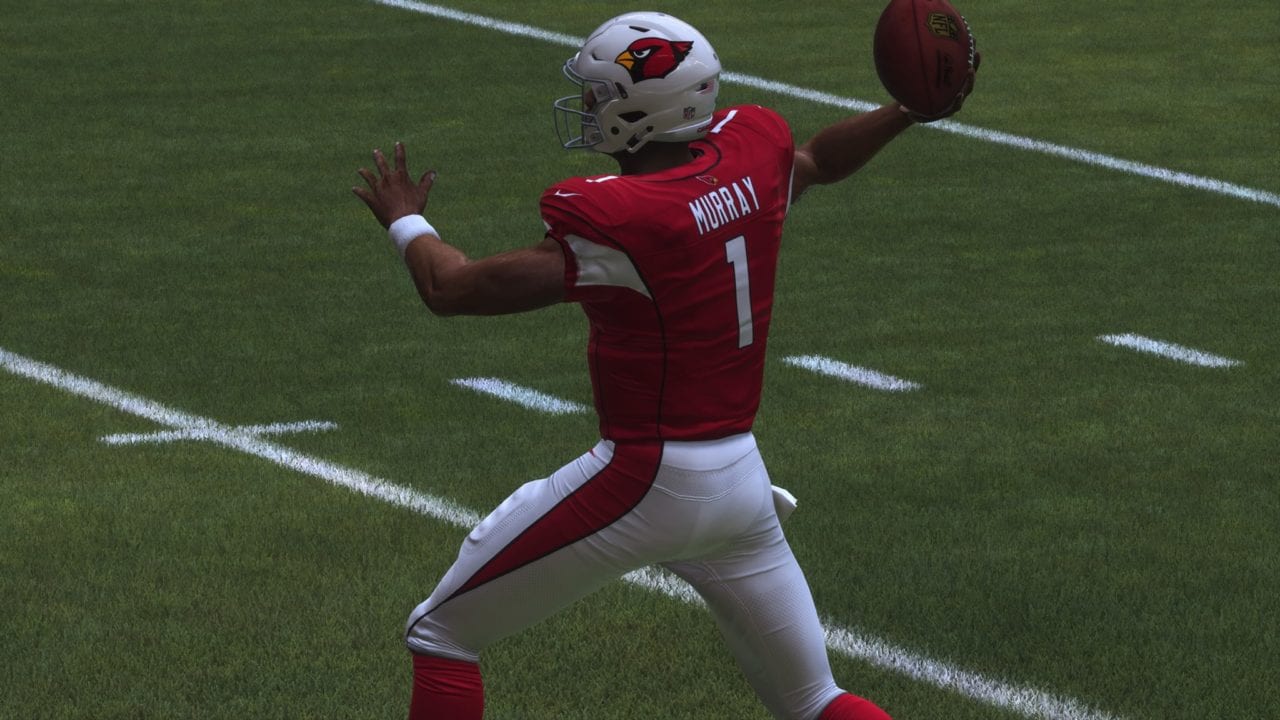 The decision for Kyler Murray to choose football over baseball was not an easy one.  After all, he was already committed to a contract with the Oakland Athletics that involved a $4.66 million signing bonus.

But once he started to realize his dream of playing in the National Football League could become a reality, he had to do what was best for him and his family. For comparison’s sake, Baker Mayfield received a fully guaranteed contract worth $32 million over four years ($21 million in the form of a signing bonus) as the first pick in the 2018 NFL Draft.

Kyler Murray, by all accounts, will be the first-overall pick in next month’s NFL Draft, which confirms that his decision to play football was the right one. But what if he did choose baseball?

Here is how the Kyler Murray will impact MLB The Show and Madden 2020.

It’s hard to say what type of impact Kyler Murray would have had on MLB the Show 19. After all, there’s a good chance he would have started his MLB career in single-A, with the potential to move up to double-A by season’s end. Nevertheless, the odds of him being in the game via an official roster update is slim to none.

So in order to have the ability to use Kyler Murray in MLB The Show, you would have had to rely on one of the many top-rated custom rosters on the market.

Murray is a pretty good hitter, but projects as a leadoff man in the majors. His speed makes him an interesting weapon when he gets on base, and he is an asset in the outfield. However, now no one knows if we will ever see Murray in a baseball video game.  For now, it appears that his eyes are set on the NFL and next month’s upcoming draft. If he goes first overall like many believe, his impact in MLB The Show will be non-existent.

But what it does mean, however, is that Madden 2020 will have a playmaking quarterback that we have not quite seen since 2004 Michael Vick himself.

Unlike MLB The Show, it is much easier to project what type of impact Murray’s decision will have on Madden 2020. He’s the perfect quarterback for today’s Madden players and offers a unique set of skills that will be hard to stop.

We all understand how the future of gaming is changing, and with more opportunities for gamers to play competitively presenting themselves, a quarterback with Murray’s skills is a game changer. He can throw accurately on short, intermediate and deep passes. He moves effortlessly in the pocket like a seasoned veteran and can makes plays on the run. Murray would instantly become the most dynamic player in the game.

In addition to what he brings from a competitive gaming standpoint, Murray is a player you can build a team around. This is why no matter where he ends up, his new team will immediately become the flavor of the moment within the Madden community. And I don’t think it’s too absurd to say Murray could become one of the highest-rated players in the game, sooner rather than later.

If Murray lives up to his full potential, every Sunday will feel like a video game for the defense going up against him. He has the potential to do big things in the NFL.

In a few weeks, we will know where Kyler Murray is going to start his NFL career. We can then assess the weapons surrounding him and better project what type of player he will be on the virtual gridiron. But truth is, no matter where he goes, Murray is going to be a special athlete that fans have not seen in many years. Wherever he lands, you can almost guarantee that team will become one of the most used teams in Madden 2020.