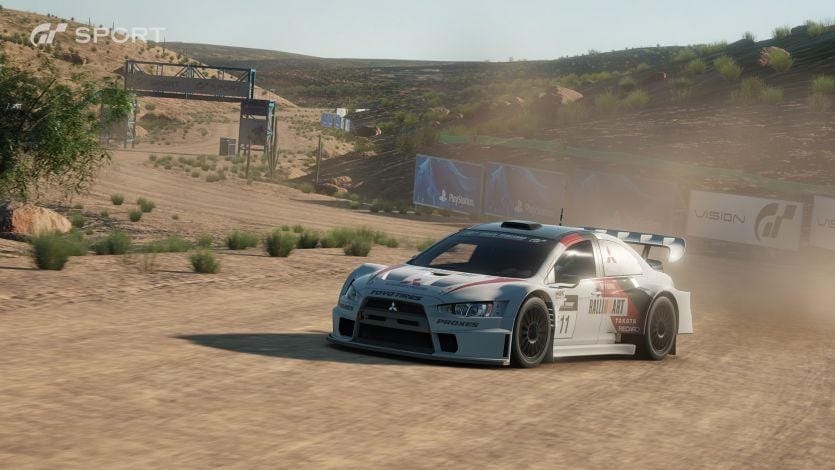 Check out the latest Gran Turismo Sport details, introducing the techniques used to achieve the new visual enhancements for the PlayStation 4 exclusive, scheduled to arrive in 2017.

Polyphony hired a sound designer from Forza Motorsport’s Turn 10, to improve the audio in Gran Turismo Sport, which has been a major complaint of the series.

Early in the process, it didn’t seem to make much of a difference. However, at a recent event in London, Eurogamer states that it has improved drastically.

I took a GT3 BMW M6 – the same one driven by Gran Turismo creator Kazunori Yamauchi at this year’s 24 Hours Nürburgring – around Brands Hatch for a short hot-lap session. At first, it was a bit disheartening – using the bumper cam, the engine note still sounded hollow and weak, even over a pair of headphones that muffled the noise of a busy event.

Switching to the cockpit cam, though, reveals a very different dynamic – there, the transmission whine is more overpowering, and unlike the digital drone of past Gran Turismo games it at last feels like you’re inside a complex, noisily mechanical piece of engineering.

Switch to the chase cam and you can hear the exhaust note more clearly and hear it pop and wheeze – suggesting that Gran Turismo Sport is extremely context sensitive when it comes to representing audio. Elsewhere, a replay featuring a bevy of prototype cars displayed a diversity of engine notes, from the turbo diesel whine of an R18 to the throatier V8 of the Toyota TS030.