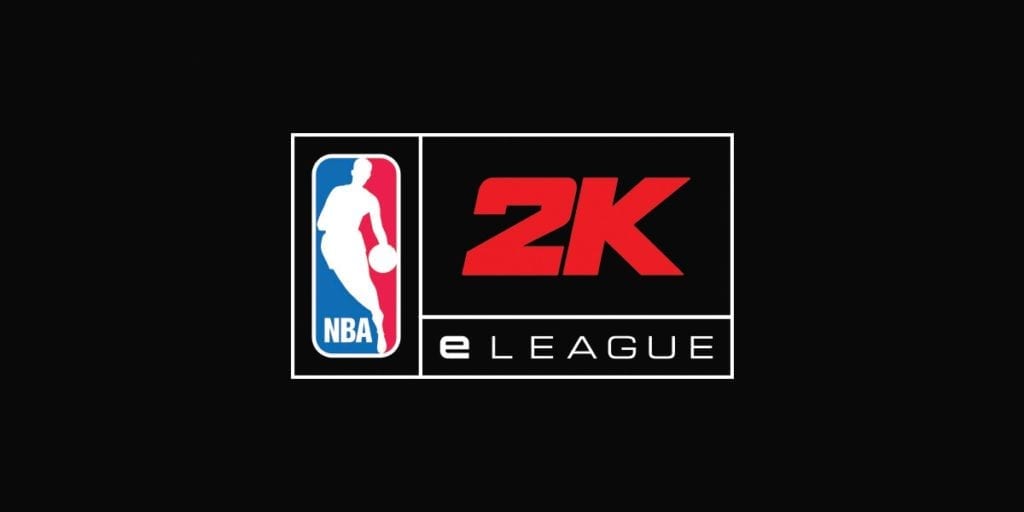 Gentlemen, start your E-engines? All the questions and banter about who has got the better stick skills? Who runs what position better? Well, now it’s time to put your time, effort and job title where your mouth is. NBA 2K has taken another step towards the forefront of sports gaming with the release of its eSports model.

Set to debut in 2018, each NBA franchise will have the opportunity to draft individual gamers based on skill and ability, forming five-man teams to compete in an NBA/NBA 2K union that could change the way we play forever. Some think that 2K hasn’t lived up to the hype the last few years in terms of supporting its eSport, and working on this new partnership behind the scenes could be a reason why. Based on things I’ve read, the Bucks, Grizzlies and Warriors have all made significant investments and are likely to lead the pack in this new league.

From the conversations had, it sounds like season one will last about five months. The goal seems to be to expand and create real life work opportunities, which is encouraging for someone who may be straddling the fence about whether the opportunity is legit. NBA Commissioner Adam Silver spoke about the potential for the pilot: “The popularity of NBA 2K with the young and growing eSports community provides a unique opportunity to develop something truly special for our fans and the gaming community. We look forward to combining our best-in- class NBA team operators with Take-Two’s competitive gaming expertise to create a brand new league experience.”

The NBA 2K E-League will consist of teams operated by real NBA franchises. The founding teams and members are set to be announced within the next few months. Similar to the layout of a NBA season, professional eSports players will compete head-to- head throughout a regular season of predetermined length, followed by a bracketed playoffs and concluding with a championship extravaganza.

Year one of the All-Star Tournament included a trip to 2K Studios. This year, the teams will be at the All-Star game. If this is the natural progression, I think it might be time to talk about what you can do to put yourself in the best position possible to allow this video game to truly change your life. Stick work becomes even more vital as you consider the jump from playing for bragging rights to playing for the opportunity to put food on the table. It is a beautiful thing to wake up and enjoy what keeps your lights on everyday, and when you consider the grief we as gamers have taken first or secondhand due to stereotypes about video games, it’s a beautiful day to stay inside and get your NBA 2K game right.

You’ve probably noticed I talk about the sticks a lot. This year’s game truly caters to knowing how to play the game. Being able to use the dribble to create space for guards is crucial. Similar to real basketball, those that understand and appreciate screening can and will find themselves open for buckets if you space the floor properly. I’ve always told the people I play with that there’s a big reward to knowing the game of basketball. There’s typically an exception to most rules, but then why wouldn’t you want to ensure your best foot goes forward when competing for a chance to live out a dream? Be it basketball or video games, this partnership offers the best of both worlds.

Understanding the intricacies of off-ball movement and team defensive concepts go a long way with this game. As much as individual defensive pride makes me hate to admit it, playing at least some zone goes a long way. Just changing the look and making a team have to score a different way can be enough to change momentum.

On offense, thinking a little deeper and being in sync with teammates can also help. Instead of simply cutting backdoor simultaneously with another teammate, maybe you can set a back screen and pop to the weak side corner to force the defense to make a decision. In other words, exploiting whatever decision they make by reading and reacting should be second nature.

The next time you watch the Warriors or the Spurs play, I challenge you to watch everything but the ball for a few minutes a quarter. See why the buckets that are scored happen. It’s not only a beautiful thing to see, but it’ll help eliminate the standing around when you don’t have the ball. The ball finds activity, and your teammate grade will thank you tremendously. Nothing feels better than a hard day’s work, and it just so happens that familiarity with your player will be crucial. Take Two CEO Strauss Zelnick and Silver announced that users would be free to create players of any sex, shape, size, ethnicity or nationality. Players will then be placed in a draft pool for teams to choose from. Team building and individual abilities will be more vital than ever.

Knowing your player’s strengths and weaknesses will only work to your advantage. Understanding which crossover animations you actually use comes with time and effort. Having confidence in a particular post move when you’re in a bind can only exist when you’ve played enough games to warrant it. You’ll have to put in time in the gym if you want to be the best. Sound familiar?

Recently a childhood friend whose opinion I trust talked to me about MyTeam and I’m now addicted. I mention this to say, play with your player in every way possible. MyPark, MyCareer, practices, during down time in your personal court. Playing in the walk-on is something I try to keep to a minimum, but good can come from it if you’re able to find a core group to play with while in a party talking through the game. Maybe even find some folks with similar ambitions to become an official pro player. Position-less basketball is cool and all, but at the end of the day, the goal is to put the ball in the hoop. The team that scores the most points has won every basketball game in the history of the sport, and I don’t foresee that changing in the near future. Knowing what you bring to the table and being able to play well with others will be crucial as now you can’t just mute or block the guy who won’t pass you the ball. You have to work together, and if you don’t, your relevance is at stake.

I’d hope we all understand the team that wins the first championship will likely be a team of individuals that did the best job of imposing their will and preparing for their opponents. Eventually, teams will score. Defenses will break down. But for the duration of the season, the responsibility falls on each chosen quintet to create a style that maximizes each player — similar to our million-dollar counterparts.

One has to assume art will imitate reality in that if things aren’t working out, teams will be able to make changes. In the NBA, there’s always somebody looking for a job. I don’t think I speak solely for myself when I say I believe I play the game well enough to play against the best in the world, and I’m not afraid to show up to prove it. What excites me the most about this platform is the partnership it could potentially provide. For a basketball junkie like myself, the All-Star game loses its luster after a while. But when you consider you could be in the same room as some of the best playing the game, as well as those making the game — not to mention, in some capacity, you could have access to the best facilities and basketball players in the world — really makes this intriguing.

Just being around that level of success and progression really makes you consider what doors could open if you truly allow yourself to become one of the best at your craft. I don’t imagine this is something that is just going to be a fun investment for teams. From the time this idea dropped, I’ve envisioned a scenario where a team looks back on this innovation as something that helped their franchise in some capacity.

I can also understand those who think this all seems sort of wild and out there. And maybe it is. However, so was the idea of playing 5-on-5 games with individual MyPlayers on the servers we played on two years ago. Funny how things can change so much in such a small window of time. Now we’re just days removed from a second team being given $250,000 for playing a game they likely would have been playing anyway. That’s kind of nuts.

Like any endeavor, there will likely be hiccups and hardships, but I’m totally on board with the idea. Just the opportunity to play with some of the best in the world on behalf of any NBA team sounds like something I wrote about in a journal from a dream in high school. I’ve truly enjoyed the privilege of playing with some of the guys I have in Pro-Am the last two cycles, but I’m all for the opportunity of having the duty of bringing it on the regular on behalf of a team that loves this beautiful sport the same way I do. But something tells me, I won’t be the only one trying to join the fray as early as 2018.