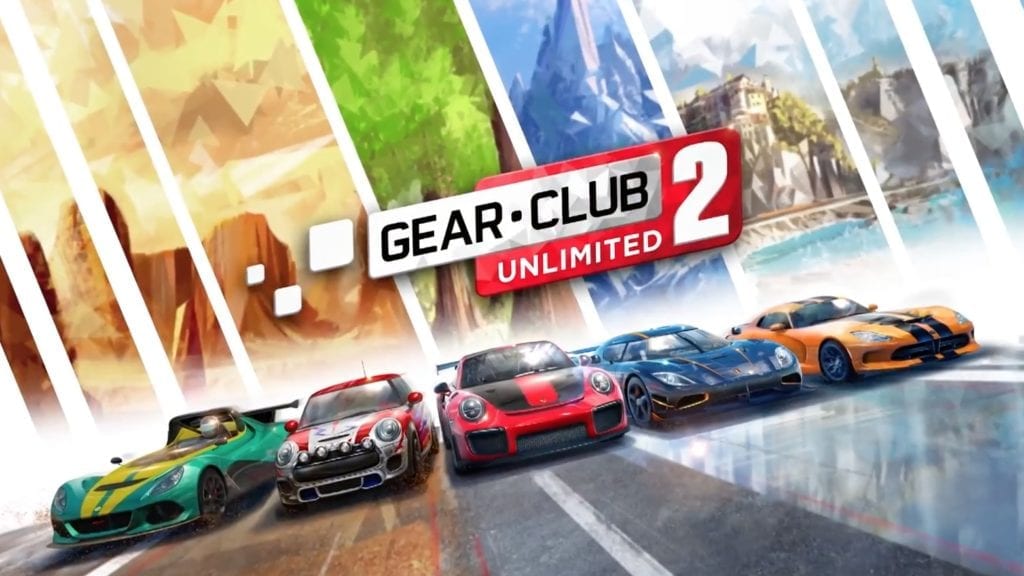 Gear Club Unlimited 2 is fine. It is not the best racing game in the last few years, and it is not the worst racing game in the last few years. It is, simply, a “fine” racing game that can be taken on-the-go on the Switch. It feels like every accolade or piece of praise for Gear Club Unlimited 2 has to come with a caveat. Aggressive AI behavior makes things interesting, but the collision physics make it frustrating. Cornering is fun and fast, but races can be clunky. The customization is easy, but it can be quite slow. “Slow” is not a word you want to associate with a racing title, but it came up far more often than it should in my mind.

Career was a different and nice touch. I liked it, but it did not make enough of an impact for me to love it. Tracks and race types are varied, and car dealerships have fair prices that encourage players to continue playing without feeling like they’re under too much of a grind. A hard to locate but discernible progression ladder cut through some of the repetition as well. Exhibition races earn you more money, but I rarely encountered a scenario where the credits I wanted or needed were out of reach.

Again, an important distinction to make: I liked the core racing, but I did not love it. The training mission for story mode is curiously clunky, presenting the game as frustrating instead of exciting, but Gear Club’s core racing works afterward. Cornering feels especially rewarding, and I did not experience frame-rate issues as often as others have reported them. Presets are easy to tinker, allowing for a customizable racing experience. After overcoming input lag (more on that soon), the game functions fine as a portable racer. 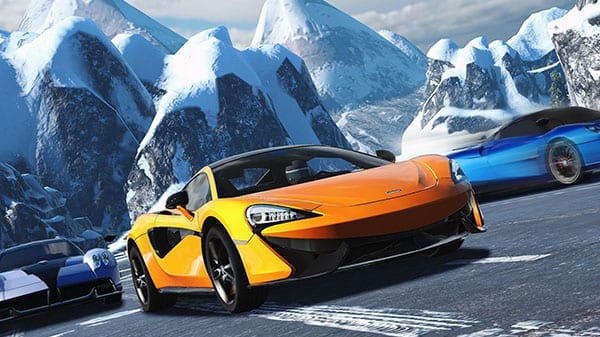 This was a particular headache that could have been avoided. Gear Club Unlimited 2 waffled between arcade racer and driving simulator too often. If this were more of an arcade racer that encouraged collisions, then violent AI cars would have been welcome. If this were more of a driving simulator that discourages aggression, then the AI cars should not have been hitting me at all. But race after race, I found the AI routinely colliding with my car. This would not be an issue if the collision physics were improved, but I frequently found myself uncontrollably fishtailing and losing control of my car. Thankfully, the rewind feature allows players to jump back a little bit and right any wrongs, but that can pull players out of the race experience.

Load times can be a killer altogether, but they are especially limiting on the Switch. Even navigating back to the map from the performance shop, with no race prior or looming, took enough time for me to pick up my phone or do something else in the interim. Racing titles can be demanding for any console given the realistic visuals and blurring speed that define the genre, but more often than not, I thought the game was frozen on a 95 percent load screen. Less patient gamers could easily grow frustrated, assume the game was stuck, and quit out.

The handheld lag is very real but manageable. It is apparent early and can make the first few races very frustrating. It takes a little bit of getting used to, and if you come back to the game after not playing for a bit, the adjustment is still required. This is exacerbated if players utilize the racing line in-game, as I found myself accelerating when the line suggested the opposite and vice versa. Hopefully this will be remedied in future patches so as not to alienate new players.

The Lack Of Content And Online Gameplay “Coming Soon”

Fifty-ish cars is fine, but pales in comparison to competitors. Two options exist when the game is booted up, Career and Multiplayer modes, and one is not even live yet. Unless you have other players for splitscreen, you’re out of luck — the dreaded “Coming Soon” hovers over the online gameplay option. Let’s hope that enough users will be pulled in long enough to keep interest for whenever it is ready, and let’s hope that the practice of pushing a game out with incomplete advertised features ends in 2019.

It is impossible to justify Gear Club Unlimited 2 for $50. That’s a high price for a game that I would describe as fine, and maybe even still a high price point for a game if it were $25. That does not mean it is a bad or unplayable racing game, but the performance hiccups and amount of content will inevitably lead to frustrations for that kind of money. If you do not love the core racing, then there will be little incentive to boot up again. Catching a sale would be the optimal route, but that’s only if a stronger title has not overtaken it as a better driving sim on the Switch. As of now, it immensely benefits from being one of very few realistic racing titles on the Switch. Both arcade fans and sim fans can certainly find aspects they like, but Gear Club Unlimited 2 lacks the depth and polish needed to make it a must-have or even a recommended title. I can definitely recommend it to those who need a racing sim on the Nintendo Switch, but otherwise, there is no urgency to pick this one up until the price drops.