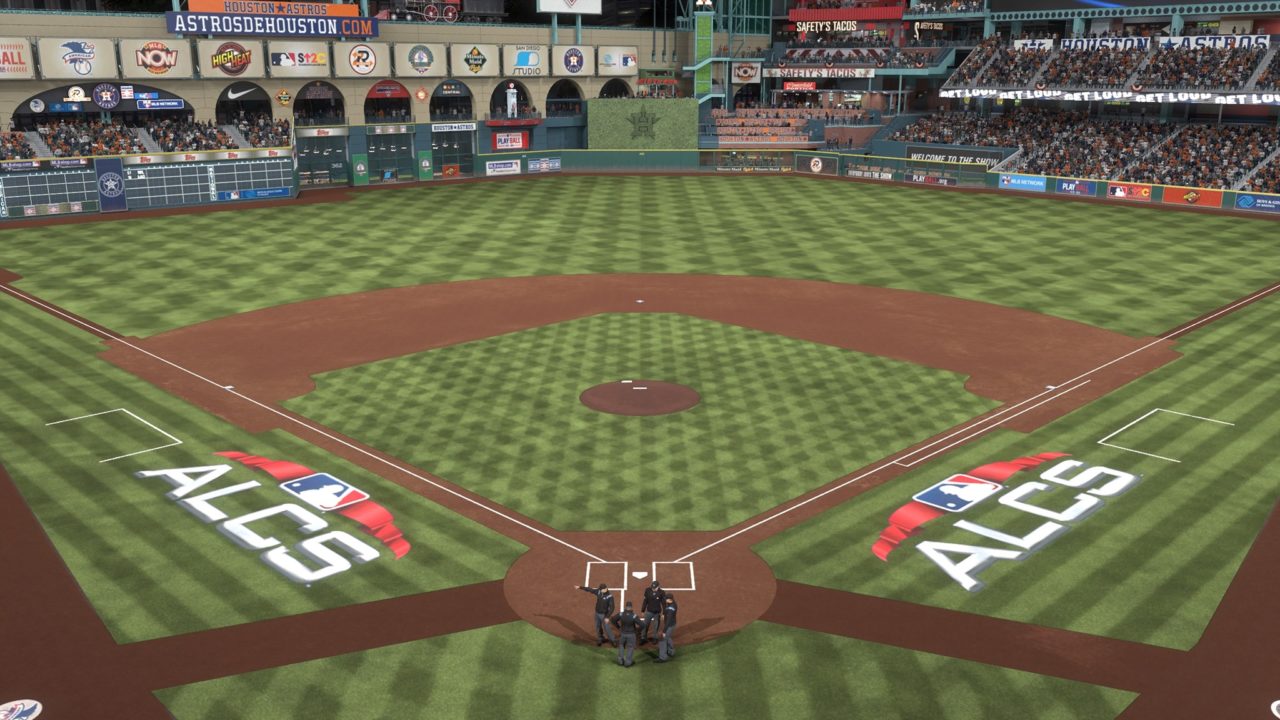 The two main modes in MLB The Show 19 that most people gravitate to are franchise mode and Diamond Dynasty mode.

But let’s explore some other things you should do to make the most out of the game, and maybe give yourself a break from the monotony of grinding for those top players in Diamond Dynasty, or the day-to-day meticulous management of your franchise. Of course, everyone knows about all these things, but let’s just look at it as a reminder to enjoy some other parts of the game you may not get around to very often.

Play Now:  Yes, it an obvious one, and I know a lot of people do it. But if not, it’s a great opportunity to experience playing with a lot of players you would normally not get to play as if you were strictly a franchise mode player, or even Diamond Dynasty since the real goal is to play with only the highest-rated players in the game. Sometimes it’s fun playing as a team who only has a few good young talents so you can test your skills with the lower-rated players. For instance, I actually have a lot of  playing as the Marlins (sorry Marlins fans, I mean that in the best way possible). It’s also really cool to check out all the stadiums in the game — even the classic ones. Also you can mix in some minor league games. If you have the OS Full Minors roster, you can play with some of the game’s top prospects.

Postseason Mode: What’s better than playoff baseball? And don’t say playoff hockey. MLB The Show does a great job of capturing the playoff atmosphere. It feels and sound like the playoffs. The pomp and circumstance is there, and the games can be tense. But really the best part of this mode is that you control everything. You get to put whichever teams in the brackets you want. Want to pretend the Orioles are good? Have them as the AL East winners. It’s also one of the best and easiest ways to see what happens when you win the Wold Series. Overall, it’s a fun mode where you don’t have to spend a ton of time grinding to get a meaningful payoff. 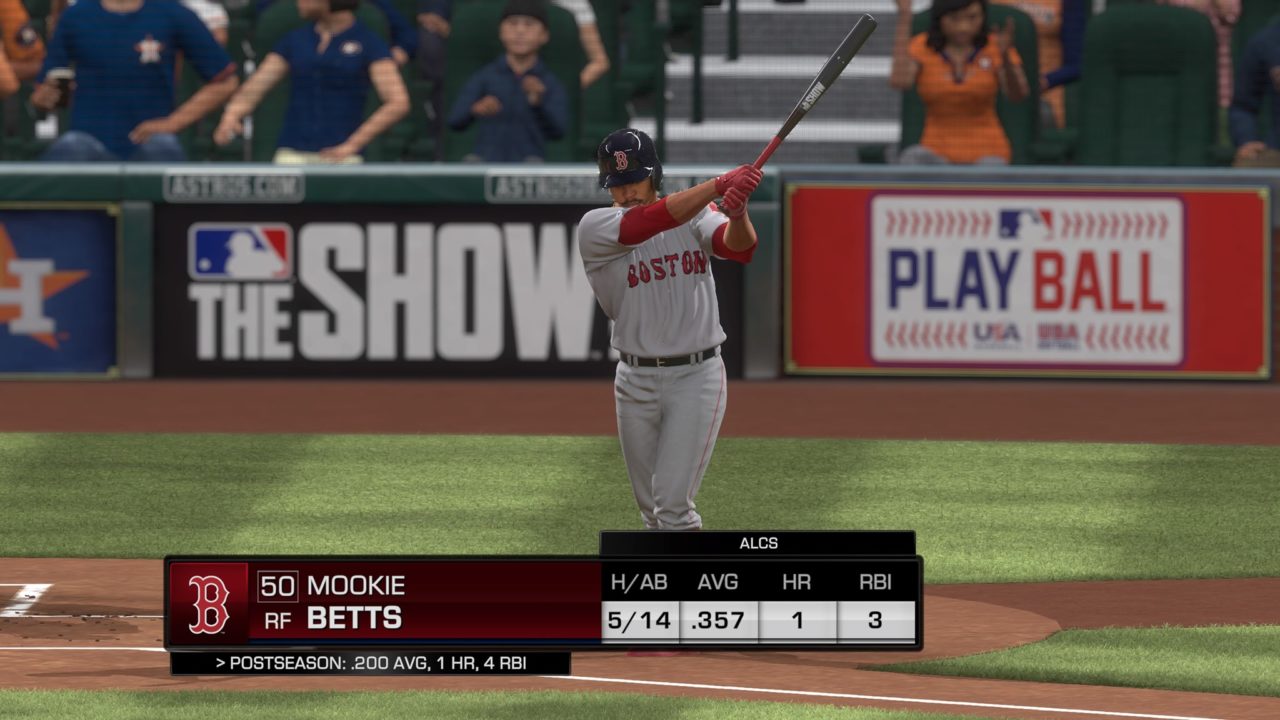 Custom Practice: This is the kind of mode you play when you don’t want to have to concentrate fully on a game, like when it’s 3 a.m. and you would rather dream up any kind of scenario you want. Pitching, hitting, deciding if and where you want runners on base and even a custom count. It’s also cool that the stadium is empty and a perfect time to break out those BP jerseys. I just wish you could use the same team for practice — I feel like I’m having a varsity versus JV scrimmage game.

Home Run Derby: What a Home Run Derby we just witnessed in Cleveland, and it made me jump into the mode for a few rounds. Obviously, we all know how it works and how fun it is. I won’t go on and on about the mode, but I just wanted to remind everyone that it’s still a fun mode and to give it a go every once in a while.

Moments: Now I understand Moments is kind of a Diamond Dynasty thing, but they are fun. I think a lot of non-Diamond Dynasty players overlook this mode. You can relive careers for players like Ken Griffey Jr. or Babe Ruth, and you can also re-do the Cubs beating my Indians in the World Series (I skip that one). There’s plenty of other cool things you can do, and there’s new weekly Moments that crop up each week. A lot of them will earn you Diamond Dynasty cards, but I’m going to tell non-Diamond Dynasty players how to make the most of the cards and Stubs they earn in a super fun way.

The Trade Game: So when we were all kids, most us probably liked collecting baseball cards — even some of us adults still do. If you are one of them, or even just someone who likes to see who is in the pack you get for free, then this should be right up your alley.

The gist of the trade game is to first earn enough Stubs to buy a box of packs. I try to save up for the biggest box since you will have better odds at getting a bigger hit. And remember, this isn’t for use in Diamond Dynasty at all, this is just ripping packs for fun to see how many gold and diamond cards you can pull. So once you have saved up enough Stubs, buy a box and have fun opening it. I usually just quick sell everything, even gold and diamonds to recoup my Stubs to buy the next box — yes, I realize I could earn more selling them on the marketplace. Sometimes I keep my golds or diamonds if I really like the players. The thrill of pulling a diamond like Trout is euphoric. Enjoy him for a bit with the card in your collection, or just straight up sell him in the auction house for big money to buy more boxes.

It’s basically like real life card collecting — searching for that big hit. I think of the diamonds like autographs. Just like real baseball card packs and boxes, there are odds for certain things like autographs. And this is also the way it works in The Show. I just end up mostly selling everything I get to make enough Stubs to buy the 50 pack and hope for some sweet cards again. Flipping those cards is a rush.

This mode I completely made up may not be for everyone, but it’s worth a try if you like the idea of the cards but not the idea of Diamond Dynasty. And a cool thing to note, the cards in the game are replicas of what the Topps base cards look like this year.

MLB The Show 19 Diamond Dynasty Ratings Predictions for July 19 Update
Which Players on the Trade Market Are the Biggest Prizes in MLB The Show 19?