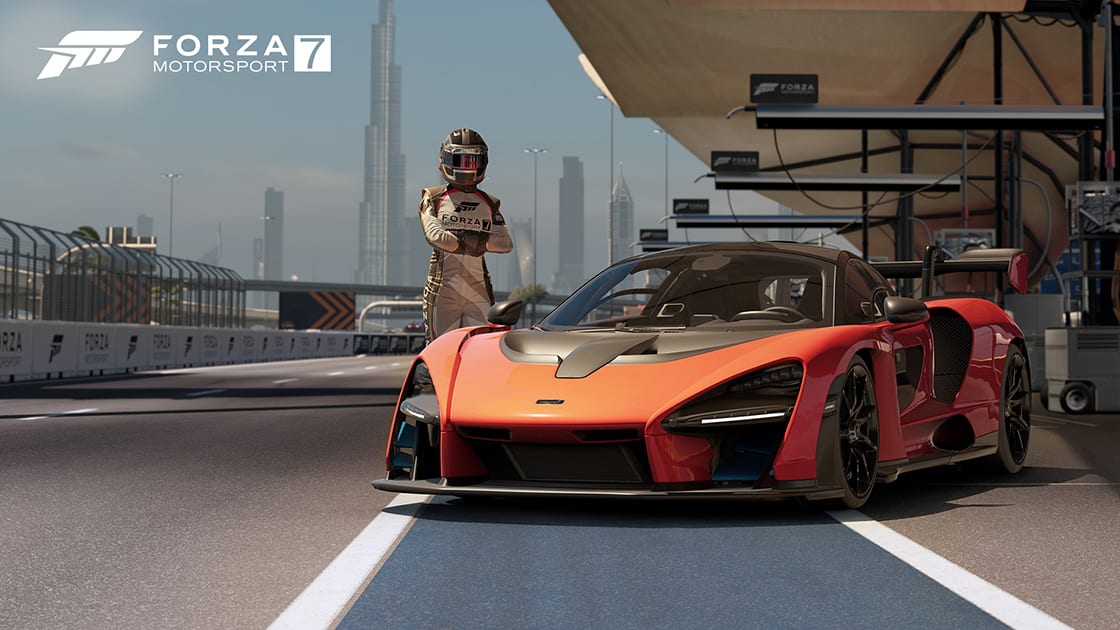 The April update for Forza Motorsport 7 is scheduled to arrive later today, featuring the 2018 McLaren Senna, Forza Race Regulations updates (for those of you in the public beta) and audio improvements (mostly engine related).

The update also unlocks of a bunch of exclusive cars, that were previously locked in the game. This will allow fans to purchase the cars, just as they would any other car in the game. FYI, the only cars that will remain locked, will be pre-order cars and any cars that are part of the Forza Driver’s Cup career reward structure.

The team also fixed some issues and made improvements to several tracks in the game, more specifically Brands Hatch, Daytona, and Rio.