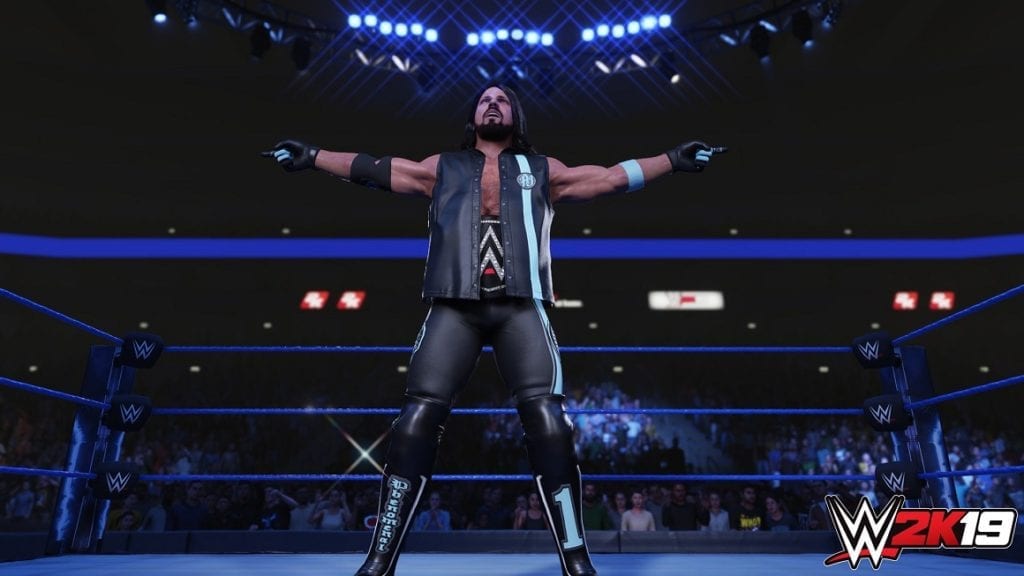 When it comes to playing video games, part of the appeal is doing something you can’t do in the real world. So when it comes to a game like WWE 2K19, part of the fun is creating matches you might not see on Monday Night Raw or Smackdown. Matches that pit your favorite superstars from your childhood with some present-day favorites. There are over 100 superstars in WWE 2K19, which means the possibilities are endless.

So as the Royal Rumble approaches, here are five dream matches to play out in WWE 2K19.

Kane vs. Undertaker vs. Braun Strowman vs. Big Show

A fatal four-way match between some of the largest superstars in WWE history would be interesting to say the least. And pitting these larger-than-life superstars versus one another is a dream come true for Vincent Kennedy McMahon. Ultimately, it would come down to which wrestler can withstand the most amount of punishment. To be honest, this match would be a lot like going to see monster cars — or playing Titanfall 2 with your friends and family. Pitting these four superstars versus one another in their prime would ultimately come down to the Undertaker and Braun in my eyes, with the Undertaker reversing Strowman’s finisher into a Tombstone.

This is a dream match that never had a chance to come to fruition. Goldberg was WCW’s undefeated muscle that could only be defeated by Kevin Nash, a taser and backstage politics. As for Stone Cold, we all remember the middle-finger wagging, beer-drinking, man from Texas. He spent most of the ’90s feuding with some of the greatest wrestlers of all-time. So yes, every fan watching wrestling during the Monday Night Wars talked about a potential Goldberg versus Stone Cold classic. This is a match made in heaven. Mr. 173-0 versus the “Texas Rattlesnake” Stone Cold Steve Austin. For as physically dominant as Goldberg was, Stone Cold was as scrappy as they come. It would be a close matchup, but I think Goldberg eventually falls victim to a Stone Cold Stunner.

“The Hearbreak Kid” Shawn Michaels will always be in the conversation as one of the best wrestlers of all-time. His charismatic attitude helped keep the WWE afloat before the Attitude Era was in full swing. So how would Michaels look against one of the greatest superstars in today’s WWE? I think Rollins would be the superior athlete, but all it would take is one — maybe two — Sweet Chin Musics from Shawn Michaels to get the win. But given their vast array of moves in WWE 2K19, this match would be fun to play time and time again.

Cactus Jack is arguably the toughest wrestler in the history of the sport. The guy was dropped on thumbtacks, slammed onto explosives, and thrown off the top of Hell in a Cell multiple times. There’s nothing that can phase one of the three Faces of Foley. So in order to find a suitable opponent for Jack, you would have to bring in someone who also can dip into an alter ego. When Finn Balor transforms into a Demon, he’s on an entirely different level. Cactus Jack versus Finn Balor would be a fight for the ages. Balor is clearly the quicker athlete, so he would be a mismatch for the slower Cactus Jack, but Foley was always so good at mixing styles that he would more than hold his own. In the end, Balor would hit a Coup de Grace through a table to defeat Cactus Jack. After all, Foley shines brightest when he’s losing while making someone else a star.

A.J. Styles vs. The Rock

“The Phenomenal One” versus “The Great One” is the sort of match that could headline WrestleMania at any point. It would be epic. Both wrestlers have some of the more complex move sets in wrestling. Out of all the dream matches listed above, this would be the one that would truly be a battle of the ages when taking into account both real life and the WWE 2K gameplay. This match would be back and forth, with both wrestlers hitting their respective finishers several times. I see the match going like many of the classic WWE matches from the Attitude Era to the present, where both guys are spamming and reversing finishers until The Rock finally hits that final Rock Bottom to seal the victory.

What dream matches do you like to create in WWE 2K19? Let us know in the comments section below.