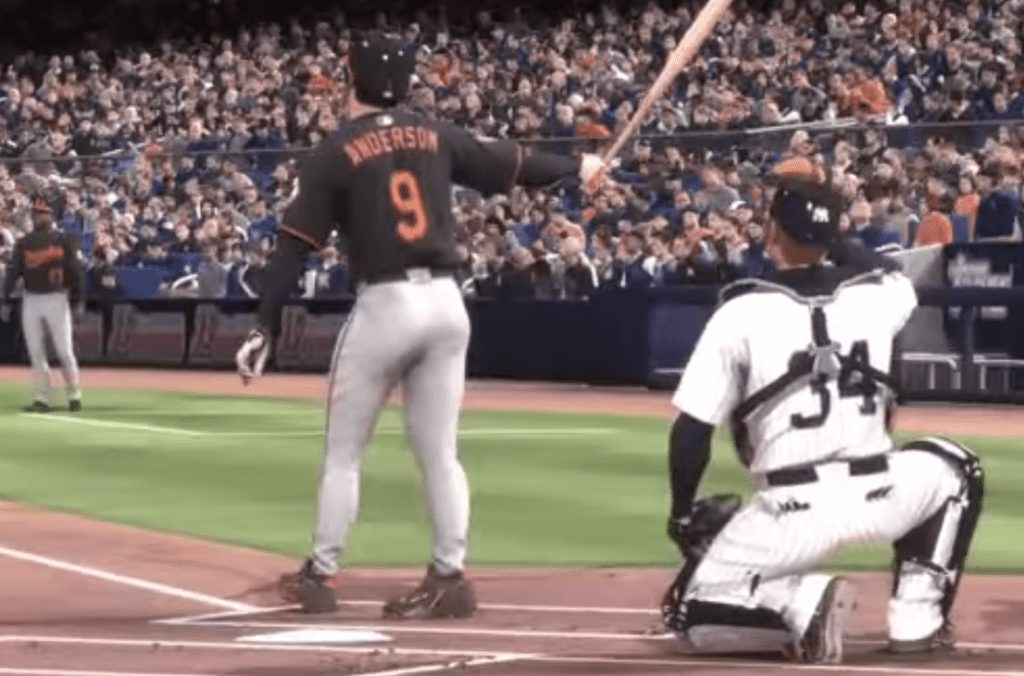 Every year in MLB The Show, fans are treated to a new crop of legend and flashback cards in Diamond Dynasty. These cards are generally far stronger than live series cards and are favorable for lineups used for online competition. 2018 saw the introduction of guys like Willie McCovey, Joe Morgan, Mike Schmidt and Jason Giambi (among literally hundreds of others). MLB The Show 19 presents another opportunity for San Diego Studio to turn back the clock and showcase some of our favorite players from the past.

For this exercise, we’ll withhold Randy Johnson, as he stands out like a sore thumb as one of the most requested cards for next year’s game. That being said, let’s start out with someone else gamers have been requesting for years.

Kerry Wood’s 1998 campaign was not only dominant, it was record breaking. Wood had some of the nastiest stuff for his day, showcasing it with his 20-strikeout performance against the Astros on May 6. Wood showed off a fastball touching triple digits with incredible arm-side run, a hammer of a curveball, and a wipeout slider. He’d carve through guys like Jeff Bagwell and Craig Biggio all day.

Did I mention he was a rookie? Wood, making just the fourth start of his major league career at 20 years old, posted an MLB game score of 105, still a major league record for a 9-inning game.

Wood finished his rookie year with a 3.40 ERA and 233 strikeouts in only 166 innings pitched, running away with the Rookie of the Year award in the NL. Wood did have some issues with walks and gave up some home runs in his rookie year, so this card wouldn’t be untouchable. He could conceivably be a lower-end diamond card, but on stuff alone he would be inserted into just about every rotation.

Fresh off his Baseball Hall of Fame induction announcement, there’s no better time for MLB The Show to get Rivera back into their game. The cutter is one of the most dominant pitches in the game, and Rivera sported arguably the best one of all time.

Bullpens are one of the most important pieces to a dominating Diamond Dynasty team and Rivera would anchor just about all of them. Rivera sported a 1.38 ERA, as well as .868 WHIP. He also give up just two home runs, having faced 306 batters.

Rivera would likely be a high diamond card. If the power meta from MLB The Show 18 transitions over to this year’s version of the game, Rivera and his high H/9 and HR/9 ratings would be one of the most showcased cards in the game.

Brady isn’t a household name like the other two names above, but part of the fun with MLB The Show and flashback cards is allowing all teams and fans to look back on superstar performances. In 1996, Brady Anderson ignited the Baltimore fanbase by posting one of the better seasons for a CF in the last 50 years, albeit completely unforeseen.

Anderson posted a WAR above five just twice in his 15-year career, but 1996 saw him turn in a WAR of 6.9, good for fifth in the league. He would smack 50 dingers that year. He’d also lead the league in getting hit by pitches for the third time in four years.

Anderson probably isn’t worthy of a diamond card, but he’d safely be a gold center fielder and a pretty usable card if the power meta from MLB The Show 18 sticks.

“El Grande” as he was affectionately known would have to fall under the immortal form card. Pedro was one of the most dominant players of his era and the stats back it up. In a decorated 18-year career, Martinez led to league in WHIP on six separate occasions, as well as leading the league in ERA five separate times. Couple this dominance with him also leading the league in strikeouts three times and you’ve built a completely dominant diamond card worthy of such distinction.

Pedro has long been a fan favorite because of his personality and stature in a big baseball market. He doesn’t hold his tongue, but his stuff on the mound more than made that acceptable. Martinez won three Cy Young awards and coasted into the Baseball Hall of Fame in 2015.

Pedro is destined to be an immortal card should he sell his rights to San Diego Studio. A mid-to-high 90s fastball with unprecedented arm-side run, a yacker of a curveball, and one of the most devastating changeups to ever grace the mound, Pedro would be one of the more enjoyable pitchers to play with in MLB The Show.

Finding a difference-making catcher for Diamond Dynasty is a tall task. In MLB The Show 18, you could count on one hand the number of catchers who could slide into the middle of your lineup. JT Realmuto, Mike Piazza and Yogi Berra more or less rounds out the list of players you would face on a nightly basis at the catcher position.

Pudge represents a catcher who would really rake at the plate and would not be a defensive liability behind it. Rodriguez had one of the biggest arms of his era. Gamers would be hesitant to run on him if his card debuted this year.

Pudge hit .316 in his best 10-year span from 1995 to 2004 while averaging 21 home runs and 33 doubles per year. In 1999, Pudge smacked 35 home runs and had 25 stolen bases, leading to his only MVP award. He would end up winning 13 Gold Gloves and making 14 All-Star games in his 21-year career. Rodriguez never struck out 100 times in a season, so his plate discipline and vision attributes would be really appealing to gamers as well.

Truth be told, there’s countless players from the last 100 years that would make for really fun additions to MLB The Show 19. Every MLB organization has players that fans would love to play with to re-live some glory days. It should be very interesting to see what wrinkles San Diego Studio puts into this year’s iteration. Nearly two months from launch, SDS will likely announce its Twitch schedule for the game soon. If it’s structured anything like last year’s schedule, we’ll be getting an early look into what cards will be in the game as the studio unveils legends on each stream — certainly something to watch closely as we inch closer to launch.