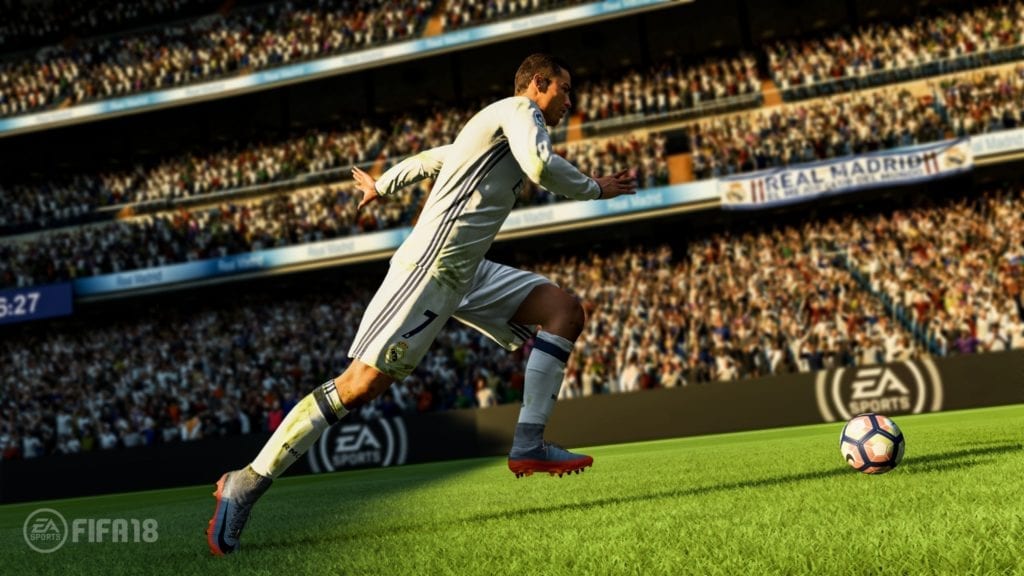 EA today released information on some of the features we can expect in FIFA 18. Included are big overhauls to player movement and personality as well as dribbling.
REAL PLAYER MOTION TECHNOLOGY
FIFA 18 introduces Real Player Motion Technology – the system behind biggest step in gameplay innovation in franchise history. The all-new animation system unlocks the next level of responsiveness, and player personality – now Cristiano Ronaldo and other top players feel and move exactly like they do on the real pitch.

PLAYER PERSONALITY
Ronaldo’s signature sprint, Sterling’s unique turns, and Griezmann’s technique are all immediately recognizable in FIFA 18. For the first time ever, real-world movements, size and attributes inform how a player moves, allowing you to feel the life-like tendencies of the world’s best.