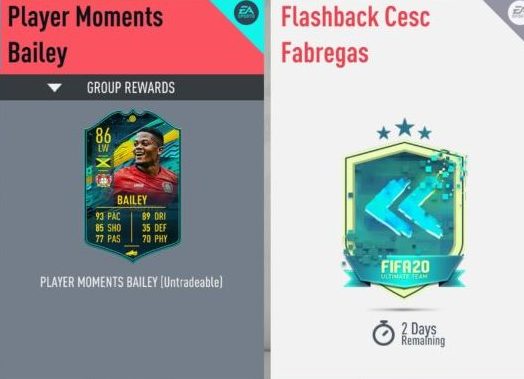 Super Sunday in FIFA 20 FUT brought the expected blast of promo packs and flash SBCs, and we also got three new cards to review. Let’s first look at the new player tied to objectives.

Joshua King comes from Bournemouth in the Premier League, so even as a CF from Norway, many people will not have an issue creating suitable links. He is a four-star skills, three-star weak foot speedster with medium defensive work rates and medium attacking work rates.

I am not in love with this card, and that’s even before getting to the objectives tied to him:

As always, the argument will be “these don’t expire so what’s the big deal?” But again, the big deal is it throws off things in a ladder mode like Rivals with tons of people just going in to do these challenges. Arguably none of these are too challenging, and at least only one Rivals objective is tied to wins, but these are still going to be a chore. You can self-volley with R3 to knock that aspect out if you are struggling with that one, but otherwise you just have to grind out games.

I don’t think this grind is really worth it like Politano and Mbabu were, albeit those players were more of a chore to grind for than this one. In addition, Trossard’s objectives are more of a grind than King’s are, but I think Trossard is the better player in that matchup as well. That being said, you might be able to pull this one off while not even really focusing on it since so many people use EPL-based teams anyway.

Next up are two limited-time player SBCs. Starting with Cesc Fabregas, he is a three-star skills, three-star weak foot center midfielder with medium defensive work rates and high attacking work rates. Fabregas has some intriguing links as a Spanish CM in Ligue 1, and he will cost about 125K to complete right now, according to FUTBin.

With Fabregas, it’s all about playmaking and set pieces. His 99 composure means he’s basically always going to be on point with his passes, and he’s good enough to curve a ball into the box off a free kick or corner. I imagine you’ll want to give him a chemistry that boosts his pace a bit, and I don’t know how meta this style of player is this year, but he’s going to fit the role of a playmaking central midfielder quite well.

Leon Bailey is the other limited-time SBC, and I think he’s got considerably more hype to his name. He’s a four-star skills, four-star weak foot left winger with medium defensive work rates and medium attacking work rates. He is also left footed, and has the outside foot shot and flair traits. Right now, FUTBin pegs his cost at about 155K if you start from scratch. With Bailey, the Jamaican aspect makes it tough to find strong links unless you go with a Bundesliga squad.

That being said, he’s the sort of player who should fit into the meta quite well. He has great all-around pace and balance, and his finishing should be solid enough even before you perhaps give him a chemistry style that boosts that more. His passing is not anything special, but he’s going to be able to turn in tight spaces and should be strong enough on the ball to still make plays. The 79 composure concerns me a bit, but you can boost that with a chemistry style as well.

Lastly, don’t forget to collect your Squad Battles rewards, and knock out the new featured Squad Battle to earn some easy points.