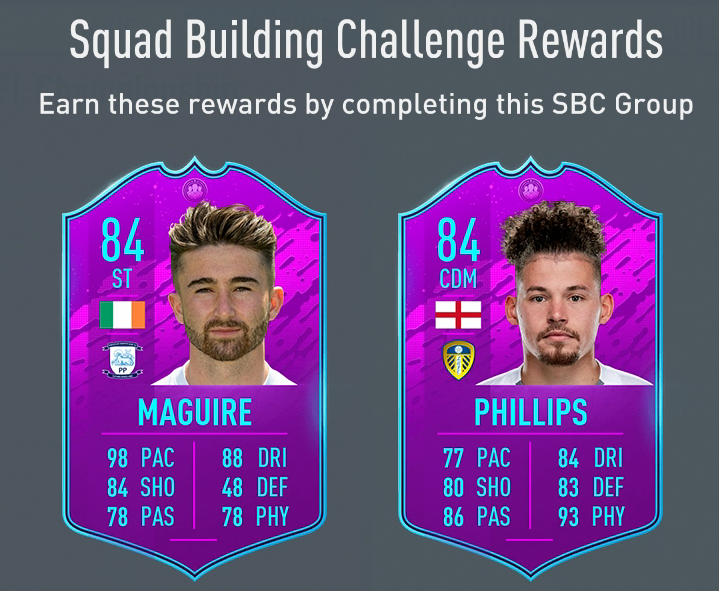 Pace and defense are the name of the game for the two players available in the EFL League Championship SBCs. Both players look really good, and this is probably the best league SBC since Liga NOS.

Starting with Kalvin Phillips, this is your more defensive-oriented option. I actually have used his standard card quite a bit for various challenges throughout the year, and I’m honestly already a fan of his 75 overall gold. With this card, you get major upgrades all around. He has 93 composure to coincide with quality defending and passing stats. As a CDM, he still has great long shots from the back as well.

Three-star skills and weak foot are not perfect, and he’s a skinny 5-foot-10, but he should still be a great anchor in the midfield. I lean towards going with Phillips as my pick if I can only have one of these two players. With 92 short passing, 92 long passing, 87 balance, 93 aggression, 91 strength and 95 stamina he’s the ideal CDM for me.

However, I imagine Sean Maguire will be the more popular option with 99 acceleration, 99 balance, 99 agility, 93 finishing and 91 stamina. Those are all ridiculously good stats, but it’s worth noting he’s three-star skills and three-star weak foot and only has 79 composure. You can boost the composure a bit, but I know some people really like four-star skills and weak foot as a minimum on their top-end strikers.

Be that as it may, he has high attacking work rates and medium defensive work rates to go with his 5-foot-9 height. Those are positive qualities to have on top of the insane pace and finishing. If he just ends up as a super sub because you have trouble linking him on your team, that’s perfectly fine as well. Having someone who comes in as a menace late in the game is still a great piece to have on your team. His passing is a little deceptive as well since the 60 long passing brings down that rating more than it matters. With 87 short passing, he will work well in two-striker formations, or in a formation where he has two wingers flanking him. 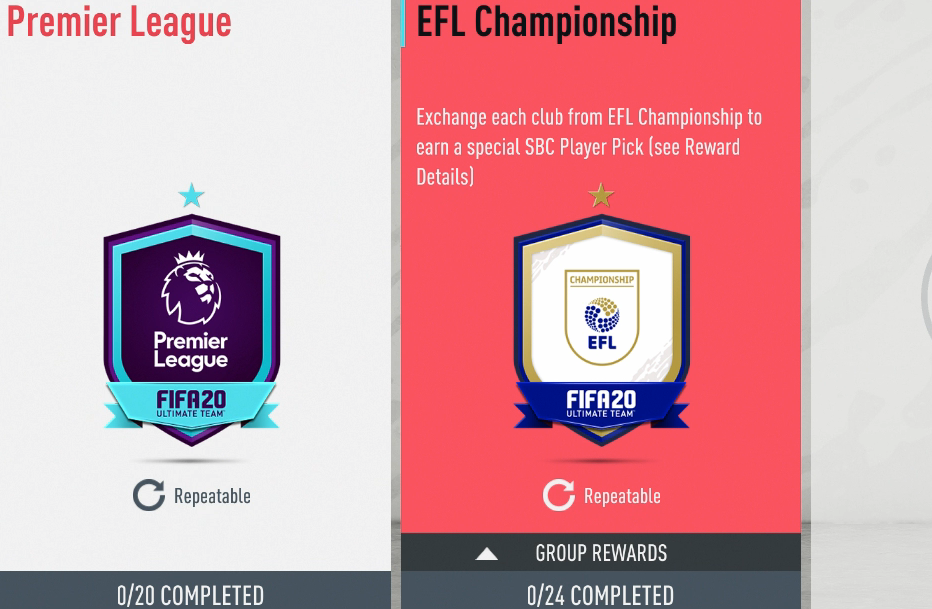 Costs are then the question here. In an ideal world, I would do this league SBC twice and get both cards, but the packs are not amazing. There are also 24 teams to do, and it’s a lot of silver packs and basic gold packs. Those silver packs can obviously sometimes be very profitable, but FUTBin pegs the cost at about 170K right now to complete this SBC. Even for good cards, and the packs on the back end, that might be too much of a hassle to do twice. I also say it might not be worth it because the biggest pain is just collecting all the players to put into the challenges two times in a row.

I’ve seen some complaints that the EFL League Championship SBC is cheaper and provides better cards than the EPL league SBC, but that’s nothing new for this year. EA has clearly tried to make the lesser leagues more important with these league SBCs. It’s a choice they have made, and you can disagree with it since the big leagues have received some awesome league SBCs in prior years, but it’s clearly the avenue the studio has decided to go down.

EA probably wants more people to use players from non-meta leagues, and they also probably know that people stock up on cards from these bigger leagues to sell them for hefty profits in anticipation of these SBCs. So I especially understand why traders and speculators would be unhappy with these choices, but you just need to reorient your brain to the new trend. Focus on the lesser leagues if you still want to go down that avenue of investing for a profit down the line.