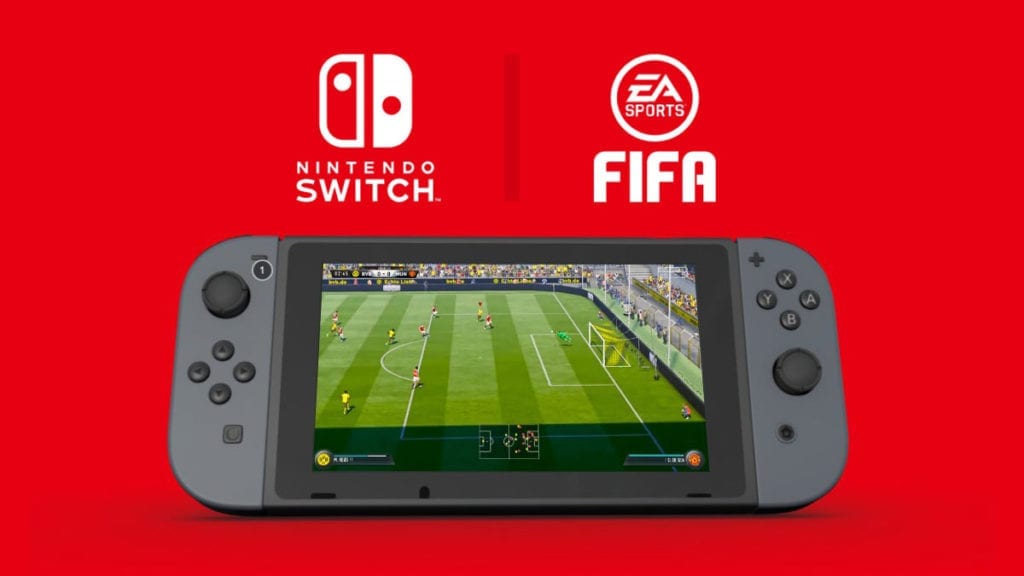 After the success of NBA 2K18 on the Nintendo Switch, I had high hopes for EA releasing FIFA 18 on the console. The two sports giants took completely different paths in creating “Switch versions” of their highest selling sports titles. 2K Sports gave Switch owners the exact same game available on the PlayStation 4 and Xbox One just at a cost: graphic fidelity, frame rate, and other minor differences aside, 2K is the same game you’re playing elsewhere. EA Sports took a different route, FIFA 18 has little in common with its big brothers outside of the title. Sure, it’s still soccer, it’s still called FIFA 18, but this is a different game than the game on the PS4/XB1.

It Isn’t The Full Experience

FIFA 18 on the Switch is missing the Frostbite engine as well as the story mode called The Journey.These are two key elements that are missing from the title, but that’s not all. Also missing is the new presentation, especially for Premier League and MLS games. That’s an odd one that I can’t quite put a finger on why it’s not included, but I’ll get to that later. Also missing are Pro Clubs, Squad Battles, Daily Challenges, Champions mode and Weekend League from Ultimate Team and oddly some career mode omissions. You do not get loyalty bonuses for playing FIFA Ultimate Team on a previous console as well. But, the biggest issue some may have is there is simply no way to play with friends online; it’s simply not built into the game. I believe this has to do with how the game is set up. FIFA 18 is the first Switch game outside of 1-2 Switch that I’ve encountered that doesn’t require you to choose a profile when starting the game. That’s done after the game already begins, and you can change profiles in game without starting over. It’s an odd set up that also causes major issues with child accounts. Since you are required to have an EA account to do many things in the game, child accounts get locked out of 50 percent of the title’s functions outside of the franchise/career/exhibition modes.

FIFA 18 appears to be built off the defunct FIFA World (it was a free PC game from EA) and molded with FIFA 16 in some way. The biggest clue to this is that the clock stops when the ball goes out of bounds when it obviously shouldn’t, and the same thing occurred in FIFA World. This would explain some of the other changes that FIFA 18 has different from its PS4/XB1 cousin. A different studio worked on the Switch version and may have not been given all the presentation assets among other details, is the only thing I can really assume.

There’s A Lot of Good Here

But on to the good, FIFA 18 runs at a rock solid 60 frames per second. I’m not usually one who’s counting frames when I play video games — as in my NBA 2K18 review for Switch, I noted that the lower frame rate didn’t seem to affect me. That being said, FIFA running at 60 frames is very noticeable, in a good way. FIFA runs and plays so smooth with little to no issues throughout the game. The lower resolution from the PS4/XB1 versions isn’t as noticeable in motion either. Rest assured though, FIFA 18 sits at 1080p in docked mode, 720p in handheld mode. The crowd is one of the biggest takeaways when comparing the FIFA 18 PS4 demo and FIFA 18 Switch retail. On the PS4 version, they are individuals where in the Switch version they are just sprites. It’s something you will notice if you compare the two versions, but not a deal breaker since you’ll never really pick up on it during game — especially if you never compare the two.

Another nice touch is the ability to play the game with two JoyCon controllers. Some controls are gimped this way, but it still allows two players to play a game using only what you get out of the Switch box (The Pro Controller is still the way to go here). There is also an exclusive mode (Local Seasons) that I’m unable to test out since we only have one Switch. It’s basically playing with friends locally on two Switch consoles for a five-match series. There’s online here as well, but as mentioned previously, you can’t play with friends. But Online Seasons and Ultimate Team are here to fulfill any needs you have for online play.

I do admit, I found the Switch version more fun to play than the PS4 demo. I can’t put my finger on why, but I had more fun and felt more in control on the Switch version. The biggest takeaway was the fact that I can play FIFA 18 anywhere. Being able to take this game on the go is a huge step. Outside of a few missing features and design choices, this is FIFA 18 on a mobile device. That’s a great accomplishment.

Final Thoughts: Get It

So who did it better? NBA 2K18 by giving us the same game, or FIFA 18 by giving us a custom version of their game. Hard to say. I will say that FIFA 18 looks better than NBA 2K18, especially in motion. If I had to choose how I would want games going forward, I would prefer EA’s approach by creating a custom game for the system. As much as I love 2K18, it feels gimped now after playing FIFA. 2K18 could have benefited from cutting some things out of the game and working specifically only on the Switch hardware. FIFA 18 just excels at everything it’s given on the system. If you don’t compare it to any other version of FIFA 18 (or don’t care about The Journey and Ultimate Team modes), it might be one of the best soccer games released in a long time. Let’s just hope it sells enough to get future FIFA titles, as well as other EA Sports games in their massive library.