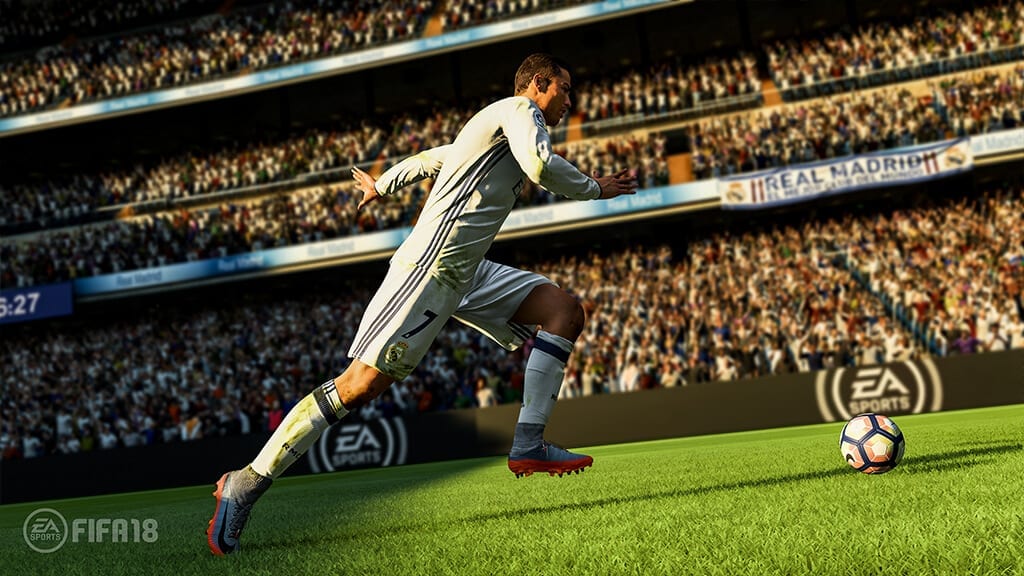 With all of the excitement of the fall release schedule, few titles are as well anticipated as the newest edition of FIFA. FIFA 18 has been released on all major consoles, and my time with it thus far has been positive. As with most yearly sports titles, refinements and additions are preferred to mass overhauls, and for FIFA 18 this holds true. With that being said, let’s get down to it. 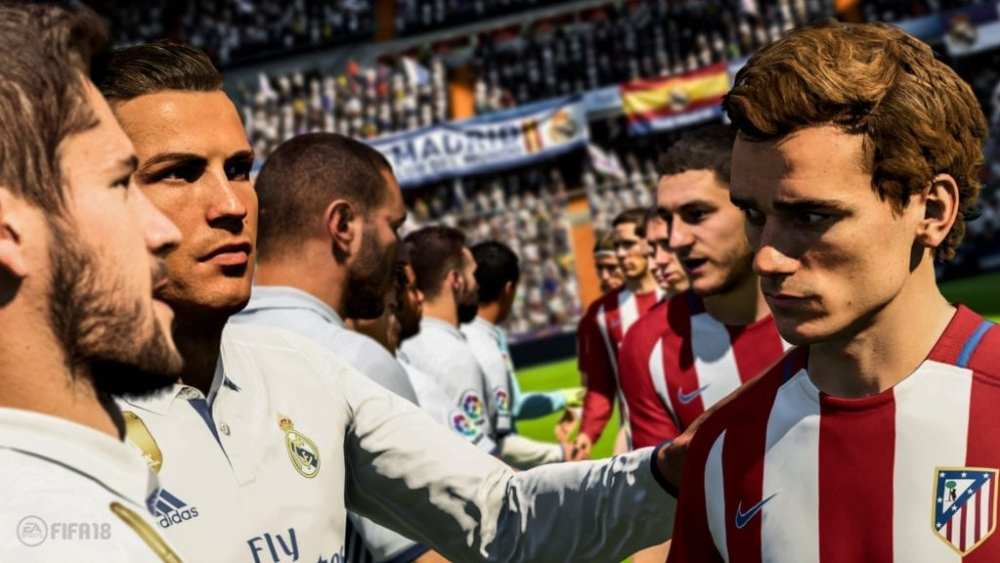 Pace of Play – In my opinion, it’s never been better right out of the box. Without tweaks to sliders, there’s build-up play mixed in with frantic counters and scrambles. There are clear periods where you will dominate the play and be on the forefront only to see the momentum switch sides forcing you to alter your style and tactics (more on that later).

CPU In-Game Management – So far my experience with the ability of the CPU to adjust their game plan mid-match has been positive. Not only have I seen them alter their formation, but I’ve felt them alter their tactics. It’s more evident during career mode naturally but I’ve felt the CPU ratchet up the intensity trying to chase a result resulting in more fouls, pressure on the ball, and in-turn space for me to exploit with counters. It’s been quite some time where you’re actually rewarded for adjusting your mentality and approach to a match. Whether it’s to account for fatigue, the scoreline, or something else, the CPU is smarter than ever in this year’s iteration.

Team ID – For far too long the FIFA series suffered from the cliche “all teams play the same.” Despite all the bells and whistles when it came to licenses, teams that played too similar made Career Mode a chore as the game would often fail into a similar pattern vs the AI. While this might still hold true for the game’s minnows, the more recognizable clubs embody their real-life personalities more than ever. Now, Liverpool presses high and is extremely quick on the counter with Salah, Sane and Coutinho.

Midfield Battles – In the past, FIFA’s midfield was a high-speed highway without the tolls. No longer does this hold true. The midfield is compact and littered with bodies. Dwell too long on the ball and you will get closed down. Passing angles are also more acute as AI defenders will stick out a leg and make you rethink your passing. Controlling the midfield is just as much as about your tactics/formations now as it is your skill on the sticks, a much needed balancing act.

CPU Is More Human-like On The Ball – One of my biggest pet peeves with FIFA in the past has been the unnecessary feints, tricks and play on the ball in positions where it’s totally uncalled for. It wasn’t uncommon to see the CPU pull off stopovers and pirouettes on the wings with no defenders closing them down. EA Canada has upped the realism this year as CPU players will now hit you with shot and pass fakes to either get you out of position or over commit. No longer can you get away with honing in on the ball with missile-like honing skills.

Human Passing –  One of my favorite tweaks to this year’s game is the passing. In my opinion semi-passing was far too assisted in the past. On this assistance level, passes would have the perfect amount of weight and fall perfectly at your target’s feet. Semi-passing now is much tougher, requiring more precision on both the direction and weight of the pass. The effect this has on the match flow is largely positive. There’s a new sense of “ugliness” to matches where the game is waiting for a club to take control and put their mark on the match. It’s not limited to ground passes either as balls over the top have a much more realistic trajectory and don’t always find a defender’s head.

First Touch Error – First touch error goes hand-in-hand with passing and really makes you rethink certain situations. The game suffered in the past from poor touches on passes that shouldn’t have been a problem for professional footballers. This year, it’s tuned in a more natural way as passes that are pinged in with pace will result in a bobbled control. One area I’ve really been impressed with is the difference in first touch ability between quality players and those in the lower leagues. Bigger clubs with higher rated players will control passes better than a second division Italian side.

CPU Shooting – CPU shooting has never been more realistic in my opinion. While there might not be as many shots outside of the box as I’d like, the amount of shots on target has been realistically tuned. No longer will the CPU pepper your goal with accurate shots. Instead, shots will go wide, over and be blocked by vigilant defenders. Leaning on attackers is a good way to get the CPU off-balance and influence their shots. 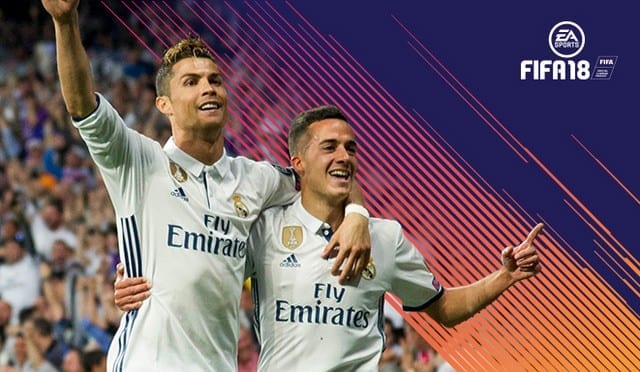 Animations – There’s no denying that FIFA boasts a large animation database. I played FIFA 17 for months and still saw new animations well after its release. The issue, in my opinion, isn’t the number of animations but rather how some of those animations play out. Moving with the ball at speed often feels like you’re playing on ice as the players seem to slide over the pitch. Using the precision dribbling modifier, however, feels opposite with foot planting visible. It’s these inconsistencies that are the issue.

CPU Passing – First and foremost, CPU passing percentages are way too high. It’s not uncommon to see them hover around 90 percent, a feat that’s extremely rare, even for the likes of Barcelona. Perhaps it’s the CPU’s unwillingness to play risky passes or maybe it’s down to not enough variance in passing ratings, the end result is still the same and a little frustrating at times. Occasionally the CPU will also get into this mode where it uses the driven pass way too often and in situations where it’s totally uncalled for. Luckily, the aforementioned first touch error kicks in to balance this out, but it’s still an ugly eye sore.

Physicality – There’s no denying that physicality is evident in FIFA 18, it’s just the animations that portray it can be ugly. I like that there is a button tied to shielding, it’s just the awkwardness of it that makes it less than impressive. There are certain situations like when you receive a ball with your back-to-goal that contextual shielding would be nice if it was triggered automatically.

Fouls – Fouls in the retail version are more frequent than the demo, but still too few and far in between for my liking. It seems as if there are instances where the game cannot determine if a foul should be called when two players collide. The CPU also seems to be a little passive when it comes to slide tackling, which is a big part of the modern game and always a topic for discussion. Lastly on fouls, the “shirt grab” button command on tactical defending should be an automatic foul, but EA seems to ignore this like real-life refs ignore most of the shenanigans that go on inside the box on corner kicks.

On the surface, FIFA 18 shares a lot of characteristics that made FIFA 17 such a success. Dig a little deeper and you’ll soon discover that a lot of the game’s intricacies were worked on, none more-so than the fundamentals of the beautiful game. Positioning, passing and tactics all help to create the most realistic FIFA to date. Hopefully with a couple of tweaks here and there, EA will take FIFA 18 to the next level and cement itself as one of the best footy titles released to-date.