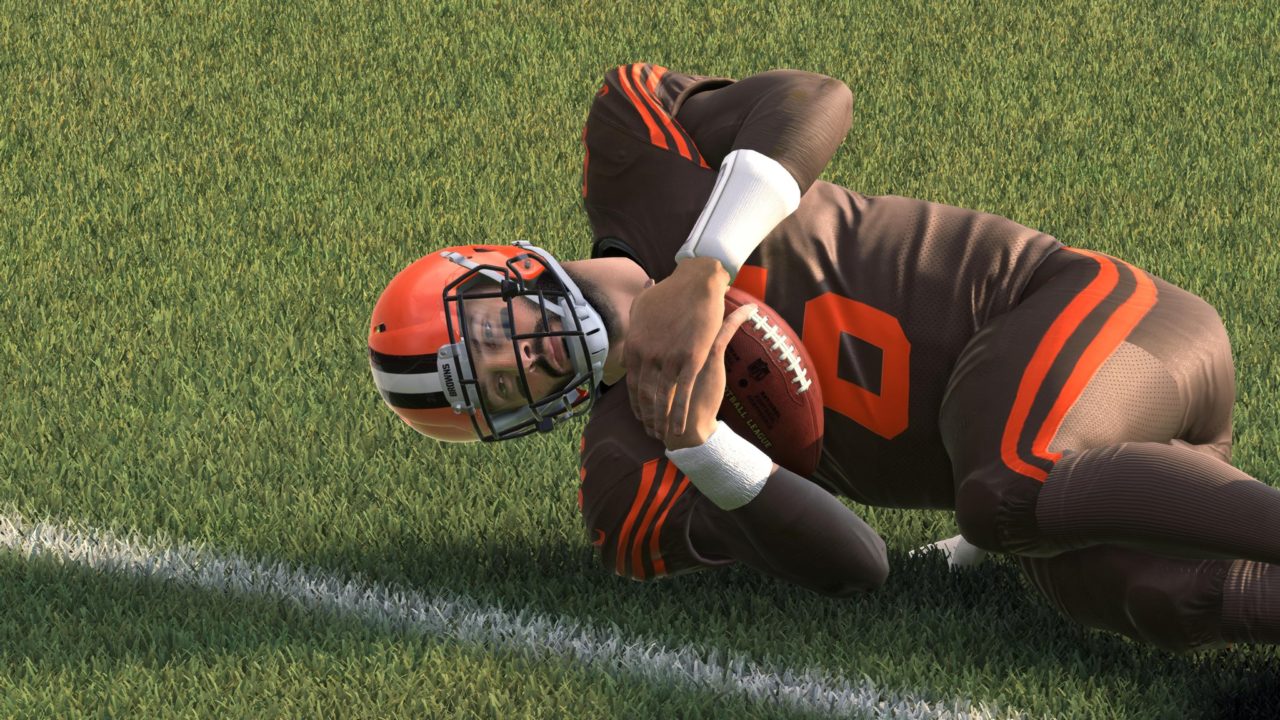 We are aware of an issue impacting the ability to play online Franchise modes. Fixing this is the top priority for the Franchise team right now. Until this is resolved, Franchise services may be gated intermittently to address the issue.

UPDATE: (11-10) Maintenance complete, fire up your online franchises. If you are having issues with your online leagues, let us know what you’re seeing.

UPDATE: (11-10) EA has provided another update this morning. The mode is no longer gated for all players, however a small number of leagues will remain gated, as the team continues to troubleshoot those specific issues.

For those of you having issues, how are things now with your online Franchise?

UPDATE: A new update has gone out this AM with a fix for online Franchise Mode. Initial results look good and the mode is no longer gated for all players. However, a small number of leagues will remain gated as the team continues to work. We will continue to monitor, thank you.

UPDATE: (11-9) EA has provided another update this afternoon. Madden NFL 20 franchise online modes will be offline until further notice.

Earlier this week we provided an update on why some Online Franchise Leagues were unable to log in. For details on this update, please check out the original EA Forum post here.

Yesterday, our teams attempted to roll out a server side fix to address the issue where some Online Franchise Leagues were unable to login. After the fix was rolled out, we noticed that the Franchise servers started to lock up. Late last night, a decision was made that we had to gate all of the Franchise Online modes to prevent all the Madden servers from locking up, which would have impacted all game modes.

At this time Franchise Online modes will be offline till further notice. Both Offline Franchise and QB1 are still available to play.

Please know that this is the top priority for the Franchise Team to fix at this time. Our teams are actively working through the 3 day weekend to find a solution and get online Franchise modes back online.

We will provide another status update this coming Tuesday, November 12th.

UPDATE: (11-6) EA has provided another update this evening, for those affected by the Madden NFL 20 online franchise downtime.

Last week we released a server update to prepare for a Title Update, TU9. That update exposed a problem in Franchise data related to Superstar abilities that were causing issues on our servers. The server issues were preventing affected users from connecting to their leagues and made it so that we needed to gate the Franchise leagues any time we wanted to push out any new Madden content. In order to be able to release new content we had to remove access to Cloud Franchise during limited maintenance periods.

A number of Cloud Franchise Leagues created in July and August were missing some Superstar abilities. These are the leagues that have been impacted by this issue. Logging into these leagues triggered the server issues. We have been able to identify those leagues and as of this morning we are now preventing them from logging in and, thus, protecting the server for players not in this broken state.

We are also testing a fix for the missing Superstar data so that we can restore access to those Cloud Leagues, as well as safely patch those leagues in the future. In previous Madden titles, those leagues would have been rendered permanently unusable, and users would have had to create new leagues.

This is a problem we introduced by adding abilities to existing leagues, keeping parity with the other Madden game modes – a new feature for Madden 20 which we are committed to supporting. We are aware of the issue and it is a top priority to fix. Our teams are actively working on a solution as well as a way to prevent these data problems with the Superstar abilities that we all enjoy.