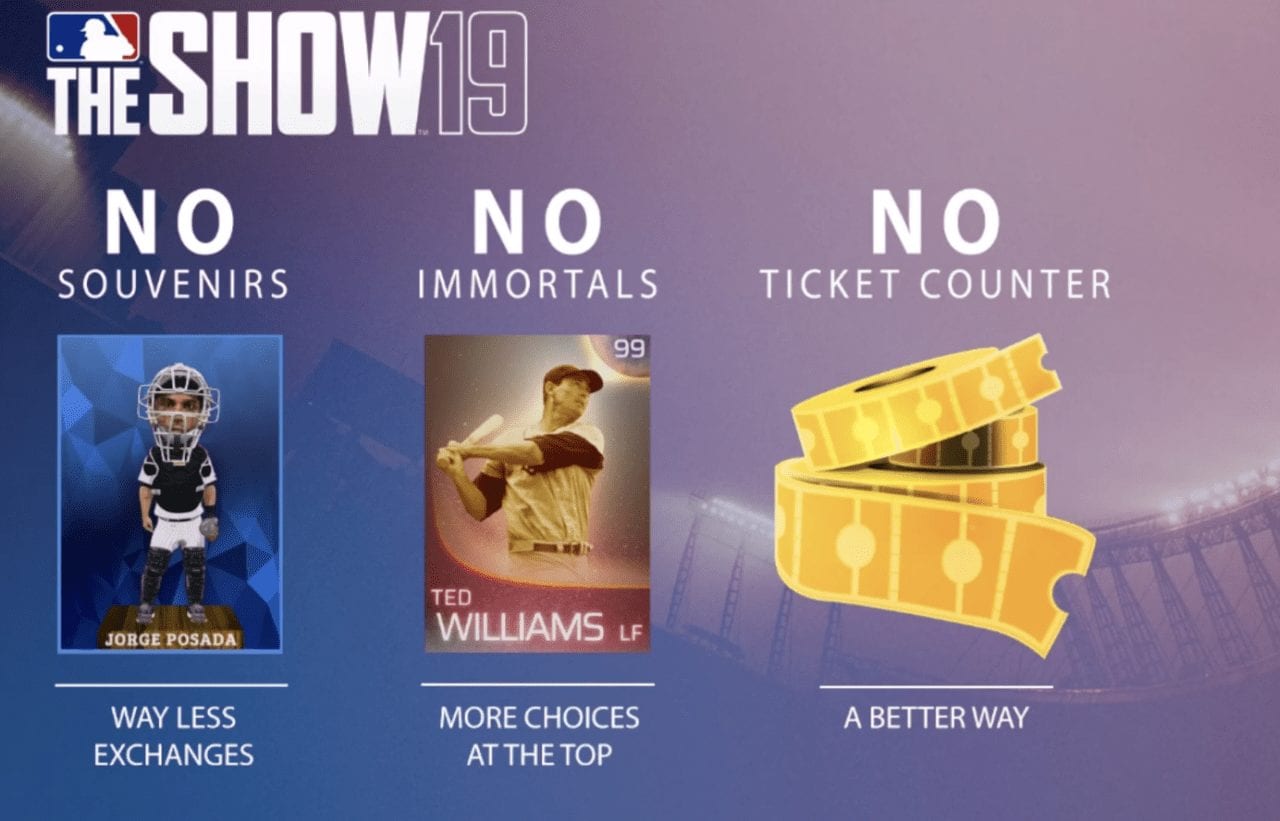 MLB The Show 19’s Diamond Dynasty mode will be seeing some drastic changes this year, all of which appear to promise substantial positive impact for consumers. The game mode’s functionality and meta both received major overhauls, arguably placing it on the podium with every other card-collecting mode around.

First off, and maybe the most surprising change coming to MLB The Show 19, is the removal of the Immortal card series altogether. Immortals were a hot topic in MLB The Show 18. They were cards that were supremely dominant on the field, but generally benefited folks who had the time to grind out some pretty extensive in-game programs to unlock them.

The developers wanted to eliminate these cards, primarily to encourage variety in lineups this year. Users that played last year’s game into the summer can attest that most lineups consisted of the same cards just a few months into the game. Immortals were the pinnacle and prize of Diamond Dynasty last year, but it caused teams to lean too heavily into one direction for online head-to-head play. Developers hope the exclusion of these cards, and a greater balance at the top of the proverbial food chain, will help vary the types of team compositions users can succeed with moving forward.

This year’s game will also do away with the Ticket Counter and Souvenir aspects of MLB The Show 18. In general, developers want to see the game mode move away from the exchange-based model in order to get new cards, instead focusing on the new Moments feature to unlock cards and stubs to improve teams.

Programs will also be much different. Designed with a “boss player” mentality, users will have a grocery list of Moments they’ll have to complete in order to reach enough program points to unlock the “boss” or “legend” of their choosing. In the example provided, Andruw Jones, Cy Young and Rich “Goose” Gossage were the available program rewards. Upon acquiring 300 program points, the user could select one card from this choice pack. In general, it seemed somewhere between 5 and 30 program points were awarded per Moment completion, depending on its difficulty. There were also several rewards provided along the way to that 300 point mark.

As far as how the mode itself will play, functionality was clearly a huge focus in MLB The Show 19. Several changes were made to the front end that should make the experience incredibly efficient and enjoyable to use.

First off, there’s a completely overhauled notification system that will now alert you in-game when any of your requested marketplace transactions have occurred. Gone are the days of needing to circle back to the Marketplace on a regular basis just to see if your “buy order” or “sell order” had ever gone through. This should make tracking your transactions and roster changes much easier. The notification system will also inform you of accomplishments throughout the year, such as finishing a Season with a specific ranking, and the rewards that have been presented to you for achieving such heights. From this chair, it seems Diamond Dynasty should operate as a much more fluid, living, breathing ecosystem rather than just a rigid hub of menus it was in the past.

Also included in MLB The Show 19 are multiple lineups. This will surely benefit users looking to save their “go-to” lineup while still being able to create separate lineups for events or lineups needed to grind a specific program. 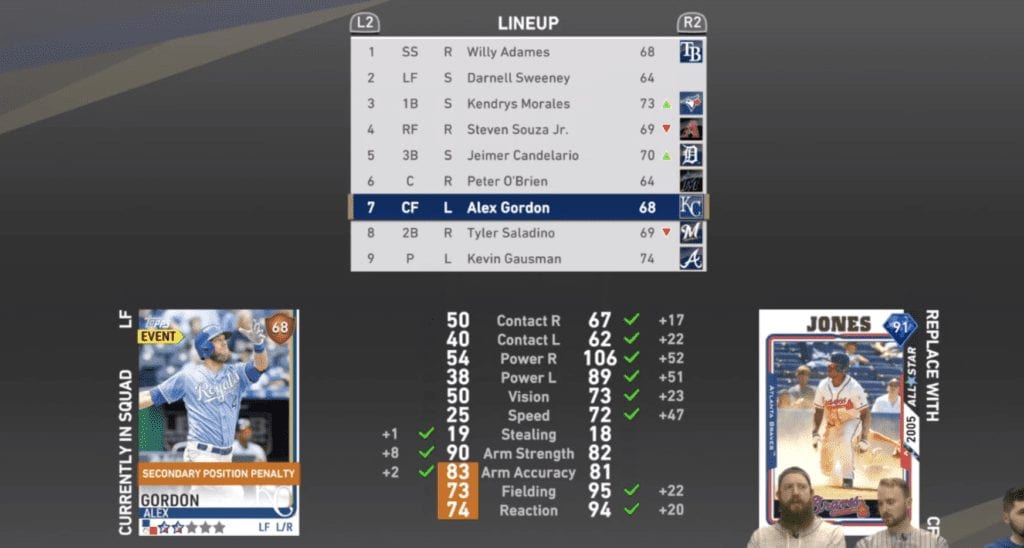 Optimizing those lineups should also be easier than ever. This year, upon being awarded any card for any reason, users will now have the ability to automatically quick sell a card, place it on the marketplace, or put it into a lineup. This is a big upgrade because in the past players would have to navigate into their inventory in order to do anything with a card. This will make the experience far more seamless and efficient.

Putting forth your best lineup should also be a much easier endeavor this year. No longer will users have to guess or assume the defensive liability of a player by placing him in his secondary position, or playing someone out of position entirely. MLB The Show 19 will now show a player’s defensive ratings at any position you choose as you tinker with your fielding configuration. This should really emphasize the negative impact a player may have by playing his card out of position.

The developers teased Diamond Dynasty as a “paradigm shift” before its stream — and, well, that does appear to be the case. The entire system looks to have gotten quite the makeover both fundamentally and aesthetically. Time will tell whether changes made will achieve the variety and parity developers are looking for, but from here, they have checked almost every box and listened to the community thoroughly from a Diamond Dynasty perspective.