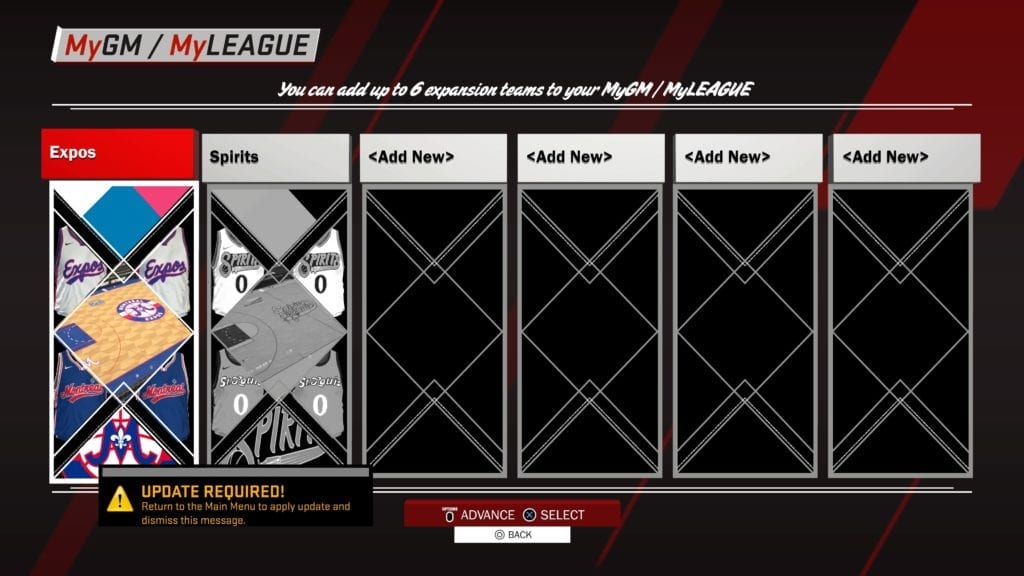 Writer’s note: This will be a four-part series on the expansion and addition of two new NBA teams: the Montreal Expos and the St. Louis Spirits. The main focus will be on the team I decided to go with, the Montreal Expos. I’ll be covering the year from the beginning of the 2017-18 season to just after free agency in the 2018 offseason. The majority of the season will be simmed, games against the top-tier teams will be played, and I’ll play one playoff game each round if the Expos make it through. This first article will be the inception of the Montreal Expos.

One of the best additions to MyLeague over the last few years has arguably been the ability to relocate a team or expand the league and bring in from one to six new teams. Instead of doing my usual yearly takeover of my beloved Chicago Bulls in an attempt to rebuild that dynasty to greatness, I decided to switch it up this year. Starting off a new MyLeague, I’ve decided to use the ability to expand the NBA and went ahead and added two new franchises: the Montreal Expos and the St. Louis Spirits.

The History, The Brands And Two New NBA Franchises

In the summer of 2016 a surprise announcement is made by NBA Commissioner Adam Silver; two new expansion teams are to be added to the league for the start of the 2017 season. The city of St. Louis regains a basketball team; the Spirits are named as the first expansion franchise. Drawing from the Spirits of St. Louis, an ABA team in its last two season from 1974 to 1976, the St. Louis Spirits bear a similar name and logo to the old ABA franchise.

In an unexpected move, Commissioner Silver names the other expansion team: the Montreal Expos. Most fans waiting to hear the return and name of a certain team from Seattle are left disappointed. When sports fans hear the name Montreal Expos, some won’t have any idea of the name or team that is being referred to. Other fans will quickly know of the storied franchise that played in the MLB from 1969 until 2004. Due to several issues (namely a greedy owner), the team was moved to Washington for the 2005 season. Fans have been calling for the blue, red and white of the Expos to return to Montreal and Olympic Park since then. The cry for a return was never expected in this fashion, however. After this huge announcement, the anticipation for the 2016 season to get underway is high, but the 2016-17 offseason also holds a high amount of anticipation with the upcoming rookie draft class and the two new teams joining the league.

Since I am focusing on one franchise team, I downloaded the team design for the St. Louis Spirits from the NBA 2K Community (shot out to 2K user Foorla). In taking on the Montreal Expos, I decided to create the team from scratch. Montreal isn’t as vast as Toronto in terms of TV homes, but median income and population was similar to Toronto. Of course, the team would be located in downtown Montreal, sharing the Bell Centre with the Montreal Canadians of the NHL. In creating a team logo, I took to the internet to help me out in getting something that represented the history of the Expos and what they were in the MLB, but with a more modern twist that would work for a basketball team. After a little editing to a set of logos that I found and felt would be a great fit, I came up with the team logo. 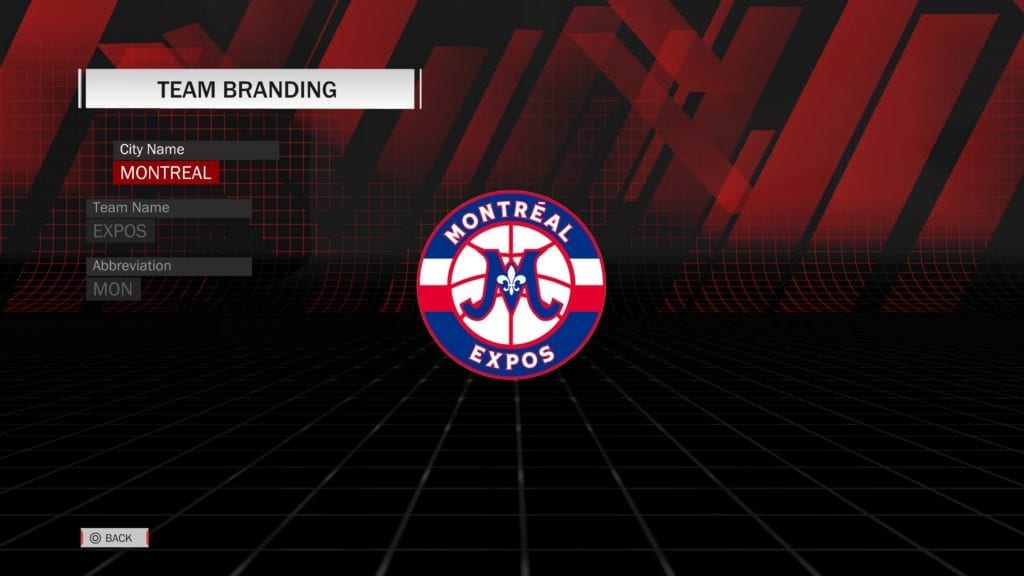 The team colors were altered a little bit and are royal blue, red and white. The next piece of the team I wanted to tackle was the arena and the court. Since, as mentioned earlier, I was looking to have the team share the Bell Centre, I tried to make the arena and court resemble the Bell Centre as much as possible, but with the setup for an NBA team. I looked at some pictures of how the arena was set up when the NBA had the Canada Series in the 2016 preseason. The final result came out looking good. 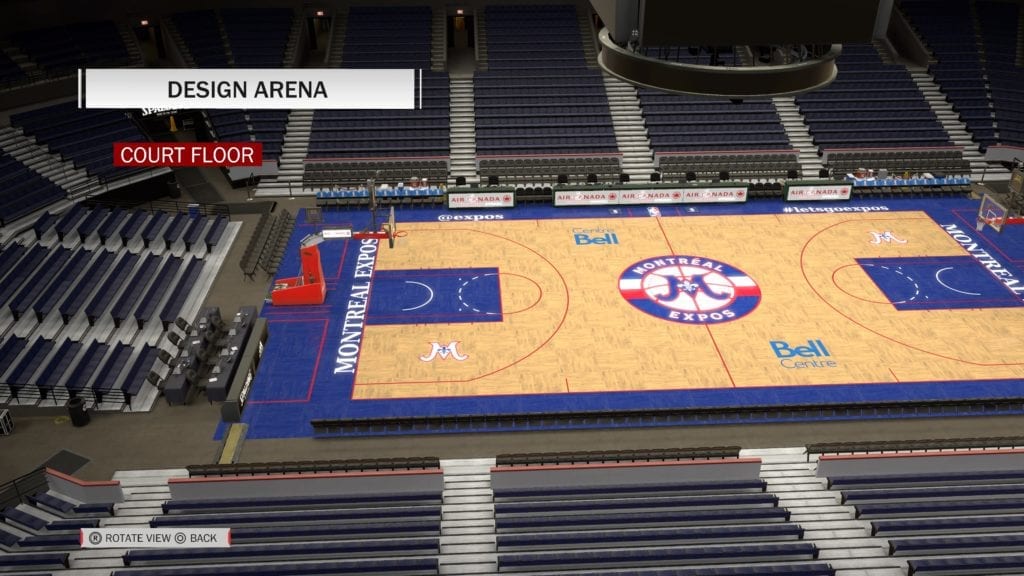 The last piece to solidify my new franchise were the uniforms. I wanted to create uniforms that were simple, yet still had a nice clean design. After going through all the templates that were already in the game, I again looked to the Expos of the MLB days and their uniforms for a bit of inspiration. Now that you can design an alternate uniform in NBA 2K18, I wanted to make sure that the third kit was also clean and proper. Despite my adoration for the powder blue Expos uniforms from the ’80s, I didn’t really feel that it would translate well to the design I’d implemented already. I decided to go with a traditional white home uniform, a blue road uniform and gray alternate uniform. I pulled from history and brought back the branding for the home and away uniforms, and used the team logo for the alternate uniform. On the shorts for the home and away uniforms, I placed the team logo on each side as I was using the team names; for the alternate uniform, I used the secondary team logo on the shorts as I was using the main team logo on the jersey itself. I felt that the simplicity and cleanliness of my design looked great. Here is the home uniform (writer’s note: clicking on any of the uniform pictures will enlarge it so you have a better look): 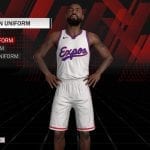 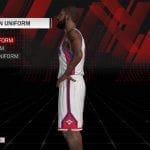 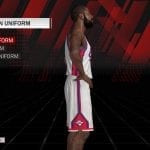 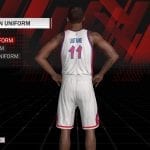 As you can see, simple and clean. For the away uniforms, I used the same style, but with road colors and a different word logo: 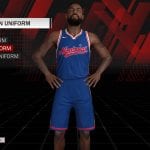 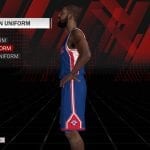 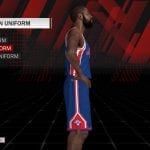 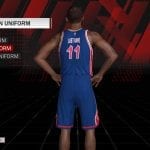 In the design of the alternate uniforms I wanted to make them slightly different while still keeping the look of the home and away kits. I pulled from one of the Expos uniforms from the ’90s and came up with I believed to be the best representation of old meeting new: 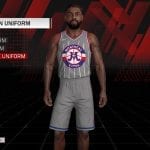 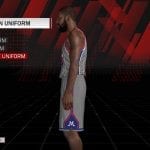 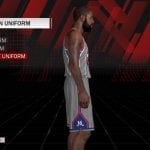 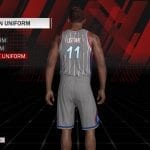 As you’ve now seen the branding, creation and inception of the Montreal Expos, only great things look to be in store for the future of this new franchise. What do you think of what’s been done so far? How do you think the team will look? Tune in to the second part of this dynasty story to find out!