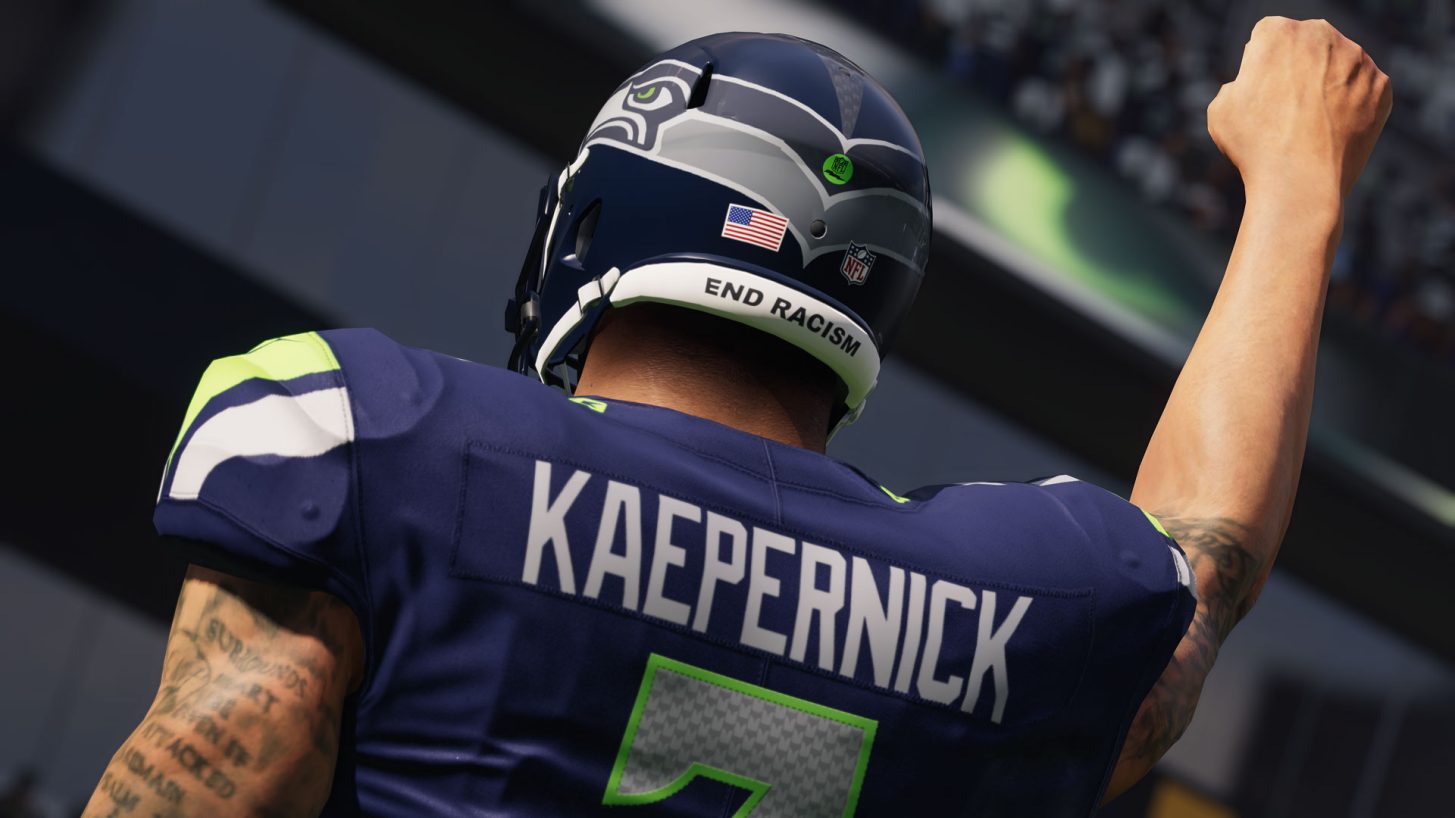 EA has added Colin Kaepernick to Madden NFL 21, currently the highest rated free agent quarterback available, with an overall 81 rating. Here’s what EA had to say, in the latest Gridiron Notes.

Colin Kaepernick is one of the top free agents in football and a starting-caliber quarterback. The team at EA SPORTS, along with millions of Madden NFL fans, want to see him back in our game. We’ve had a long relationship with Colin through Madden NFL and worked through our past soundtrack mistakes.

Knowing that our EA SPORTS experiences are platforms for players to create, we want to make Madden NFL a place that reflects Colin’s position and talent, rates him as a starting QB, and empowers our fans to express their hopes for the future of football. We’ve worked with Colin to make this possible, and we’re excited to bring it to all of you today.

Starting today in Madden NFL 21, fans can put Colin Kaepernick at the helm of any NFL team in Franchise mode, as well as play with him in Play Now. We look forward to seeing Colin on Madden NFL teams everywhere.

For Franchise Mode players, simply download the latest roster update, start a new franchise and he will be listed as an available free agent. How did EA manage to get Kap’s overall rating you ask?

Based on Kaepernick’s prior on-the-field performance, combined with our data-driven EA SPORTS ratings simulations, Kaepernick is an 81 OVR, which takes into account that he has not taken the field since 2016. When Kaepernick was a healthy starting quarterback he was rated 89, 89, 81 overall and known for his strong touchdown-to-interception ratio, mobility, and playoff performances. And because this is YOUR franchise, you also have the ability to adjust Kaepernick’s ratings, giving you the flexibility to add him to the 99 Club.

The Nike Kaepernick Icon Jersey 2.0 is also available, free to equip in The Yard. Also of note, Kaepernick will raise his fist as a symbol of Black Power when you choose to celebrate with him, after a big play or touchdown.

When you score a touchdown with Colin Kaepernick in #Madden21 and choose "signature" celebration, Kap holds up the Black Power fist. pic.twitter.com/rclVIFjXze