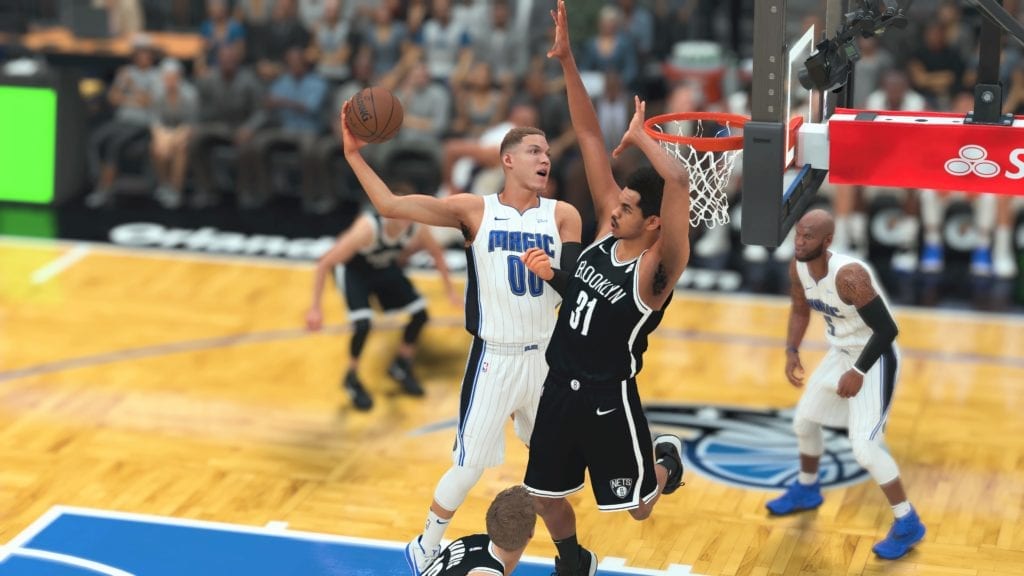 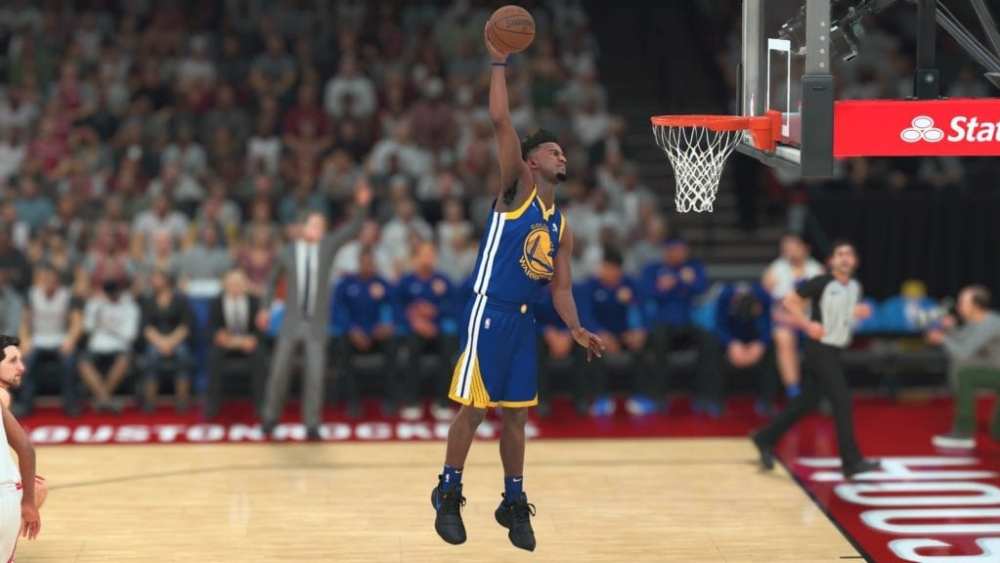 Drafted in the second round, Jordan Bell gained national recognition after a stellar performance during the 2017 NCAA March Madness tournament in the Elite Eight against Kansas where he almost carried Oregon, by himself, to their first Final Four since 1939; Bell played out of his mind blocking 8 shots, grabbing 13 rebounds, 7 on the offensive end and dishing 4 assists. Several efforts on the defensive end that he was mainly responsible for changed the tide of the game at key points. He added 11 points as well. A lot of NBA teams took notice of this performance and he landed in Golden State, where he’s worked his way into the starting lineup at times as the center. He may end up best cast as a small-ball center, but for now he works at either PF or C. Bell has already shown flashes why he has become a player to pay attention to, and he can definitely be a good addition to your roster rebuild project; a fantastic defensive player, he has lots of time to grow into his game offensively and flourish in the league.

The 19th-overall pick in the 2017 NBA Draft, Collins came into the league as the most efficient player in the country with the #1 PER (Player Efficiency Rating). Ending his sophomore season at Wake Forest averaging 28.8 points and 14.8 rebounds per 40 minutes, Collins showed what he was capable of while being one of the key players that helped aforementioned Wake Forest reach the NCAA Tournament for the first time since 2010. Now a player for the Atlanta Hawks, he’s having a strong rookie season averaging 11.0 points and 7.0 rebounds per game. He’d be a nice piece to add to a rebuilding team, and his potential could allow his game to grow into something special. 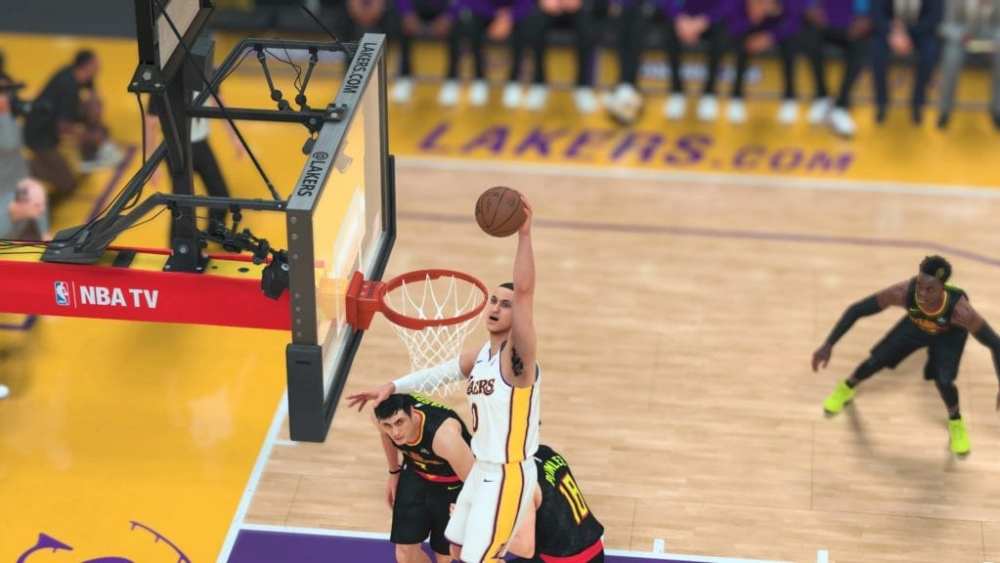 Kyle Kuzma just wants to play ball. No hoopla, no nonsense. Watching his interviews after standout games this season, you can tell he has a chip on his shoulder and is looking to prove to the league that he belongs. Kuzma had a solid career at Utah, improving year over year — albeit never really improving his shooting. After a standout showing at the NBA Combine, Kuzma was eventually drafted by the Lakers with the pick they acquired from the Nets in the D’Angelo Russell trade. Kuzma is averaging 16.9 points and 6.3 rebounds per game and is one of the names being mentioned for Rookie of the Year. The potential is there for him to improve and be a future offensive star in the league, and adding him to your team wouldn’t be a bad idea if you’re rebuilding.

This high-flying dunk specialist from Orlando is getting better, and fast. Known to have a good all-around game but lacking offensive talent, Gordon has improved at a dramatic rate and has developed a shot to his repertoire that now has him being keyed as a more threatening stretch four as he approaches restricted free agency. Amazingly he’s improved his shooting percentages, especially from behind the arc, at a pace that has a lot of people both amazed and confused. His potential is high and he should only get better as he improves on his craft and looks to solidify himself as one of the best power forwards in the league. Moving around some pieces and landing Gordon would be a smart move for your rebuild project. 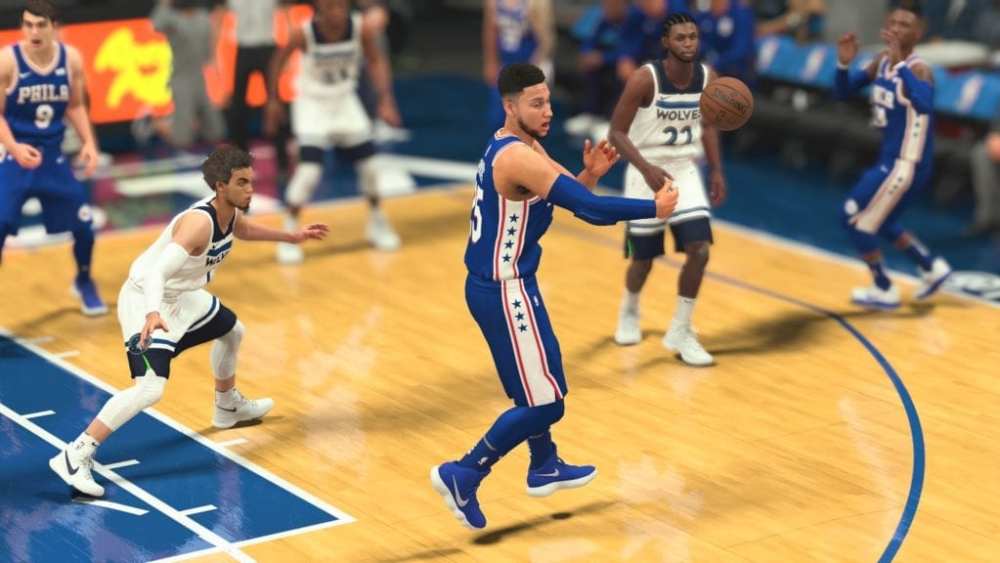 The hype train around Ben Simmons in 2016 was mostly full steam ahead. He had some doubters questioning his desire and wondering if Brandon Ingram was the true top prospect, but he was mostly still the consensus top player and was drafted first overall by Philadelphia in the 2016 NBA Draft. A broken right foot kept him out of the league for his first season and left people wondering what he would be once he played in the NBA; the 6-foot-10 power forward from Australia had the ball handling, elite court vision and passing skills of a point guard, but was he a point guard? Now playing in his first season, he hasn’t disappointed at all, putting up averages of 16.9 points, 7.3 assists, 8.2 rebounds and 1.9 steals per game while playing point guard for the first time in his life. That’s absolutely insane for a rookie and is even crazier considering that he’s doing this while learning a new position. He guards point guards some of the time, but since he usually still ends up on bigger players, he fits best as a PF for this project — this also means he’s a matchup nightmare against almost every team at the point guard position. The potential for him to be a superstar in the NBA is almost unquestionable, and he’s already made great strides in his first season to improve on his weaknesses in his game. Making a trade for Ben Simmons to bring him over to your team’s rebuild project will be an absolute chore to do but can be pulled off if you use the right bait. All the effort is well worth it; Ben Simmons is a star on the rise.

Who do you think would be the best power forward listed to build around? Throw a comment in and let us know. The last group that anchor the court is left…my list of centers step on the court next!