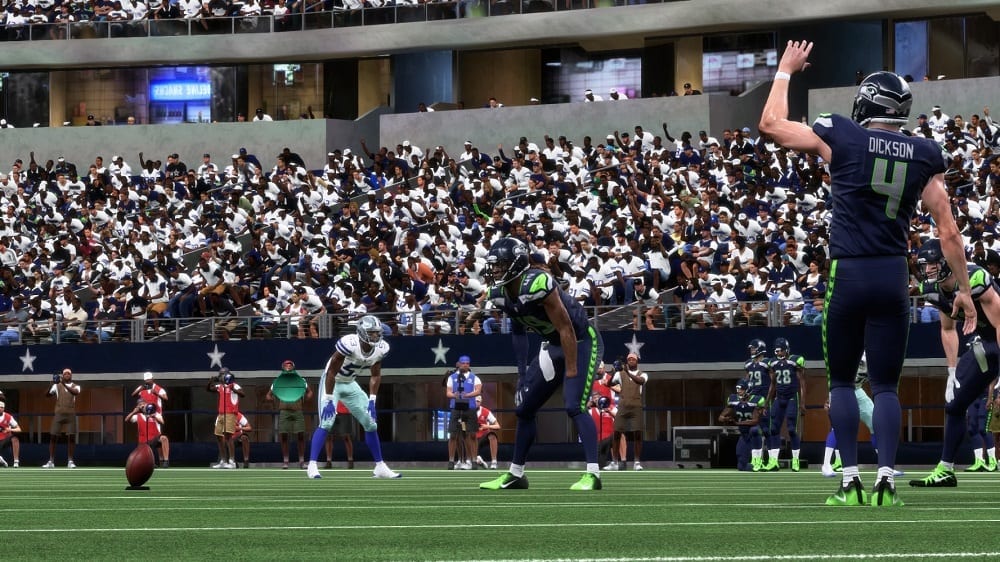 If you’re a sports fan like me, then you appreciate the excitement sports provide. The lead up to a big game usually begins building up on the Monday before Sunday kickoff. There is trash talk, there is tailgating and then comes game day. The day of put up or shut up; the day where we separate the rams from the lambs so to speak. Now, if only it were possible to re-create that suspense you feel in a video game. The pregame hype! 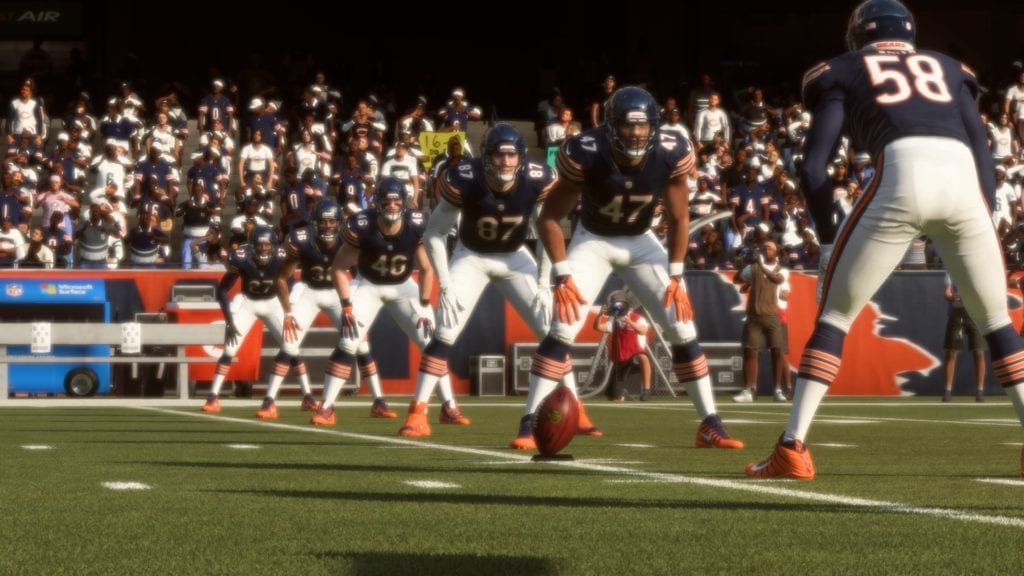 I feel pregame hype in Madden has been ignored. Don’t get me wrong, Madden has come a long way with presentation in terms of in-game cuts and commentary, but there is a missing piece prior to the kickoff that could be greatly improved. The interesting thing about Madden NFL 19 is the opening video to the game starring Antonio Brown had me more pumped up than any game I played during the regular season and playoffs. There is sizzle, a beat and lead up to playing the game. In other words, EA does know how to hype people up, the company just doesn’t seem to make it a priority on a larger scale with Madden.

I would love to see Madden focus more on the differences between the normal broadcast games and those prime-time matchups. Imagine you play your first two weeks of the season with a normal broadcast — your standard 1 p.m Sunday matchup. Now imagine you are scheduled to play on the Thursday, Sunday or Monday night prime-time game.

You press start, and boom, you’re greeted with the equivalent of “everyone’s waiting for Sunday night” — assuming EA would not get the rights for these real-life intros, you create your own. Following the pregame video, you see cuts of fans tailgating in the parking lot or lined up to get into the stadium. These sorts of touches would be a great addition to the pregame. There are a variety of external factors that play into the outcome of game. Weather is a big one, and a significant factor for underdog teams that need to pull off an upset win. A screen describing how cold it is in Green Bay prior to kickoff, or how much rain has come down in Seattle would really create a deeper and more detailed experience to build off as the game progressed. 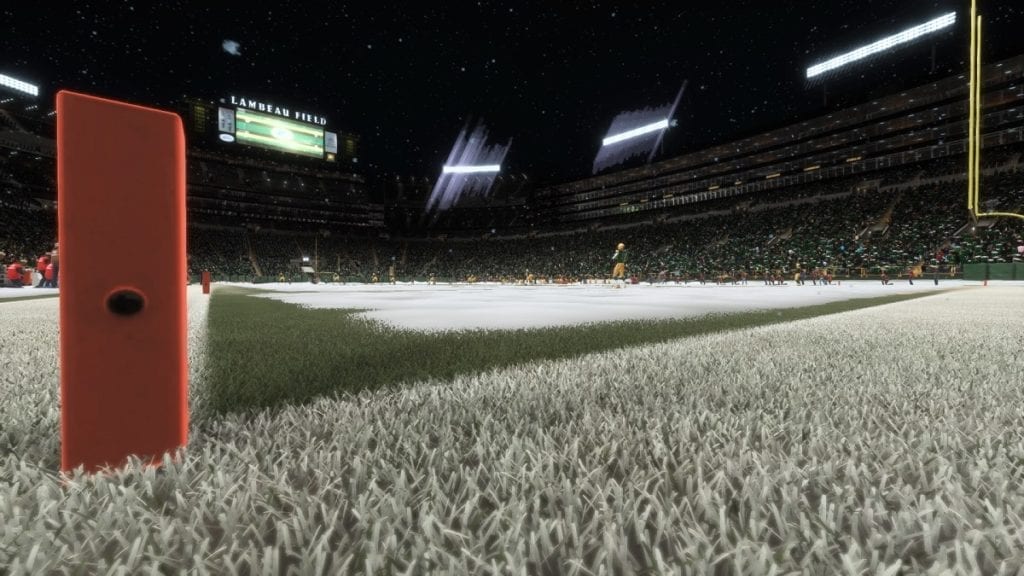 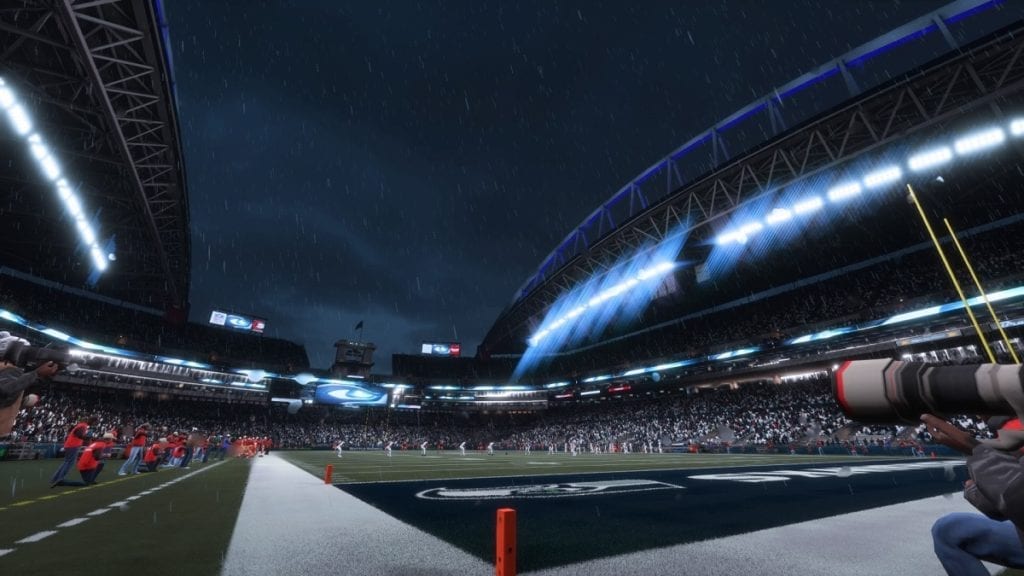 The current pregame in Madden 19 also seems to struggle a bit with mixing the audio and visuals. The audio commentary is often loud and overbearing, drowning out any hint of hype to get pumped up for kickoff. It also just feels somewhat dull, and the jump cuts between teams are so fast that the entire pregame is quickly blown over into the kickoff. I would like to reiterate that Madden 19 has come a long way in their commentary improvements from previous versions, but it has not made the same leaps over the years in establishing that pregame hype I’m seeking.

For example, what do we love most about WWE games? We love the entrance, the hype, the start of the show. Fireworks, theme songs and signature style. There are the good guys and the bad guys. Each wrestler has a personality that is evident before the bell has even been rung. This is true in the NFL as well, take a look at the Raiders. They are black and silver, mean and dirty. Then you have the Patriots and Tom Brady, a cool more methodical style of play. You even have rivalries like the Chicago Bears going up against the Green Bay Packers that just mean more. There can be multiple pregame creations that could build the hype in a matchup such as this. Monsters of the Midway versus Go Pack Go, or the run game versus the gunslinger Aaron Rodgers. This is an area where the WWE 2K series has struck gold.

Take this video, for example. This is the entrance of The Rock; the build up here is a fantastic prelude before the ringing of the bell. It brings the gaming experience to the level of what it would be like watching the show on television. As you watch him stand and stride to the ring, the pump up builds with the theme in the background. A work of art by 2K.

Now I know there are licensing issues because Madden doesn’t have any licensing with NBC or ESPN, but EA does have resources to utilize to do something in-house, and I’m sure there is the ability to create content that can mimic this kind of hype. Whether that be from creating JumboTron team videos, or spending more time capturing team- and matchup-specific intricacies.

Another way to build the hype is by bringing in the crowd. You could do things like apply more exterior cutscenes of the crowd walking outside the stadium and showing exterior shots of the stadium. You could even have a cut screen that displays what the attendance is and filter in the latest tweets about the matchup. NCAA Football 14 did a great job in the pregame screens and also in conference standings or rankings. The college game could even make you feel that you were outmatched by simply adding in Herbie and Corso game picks. 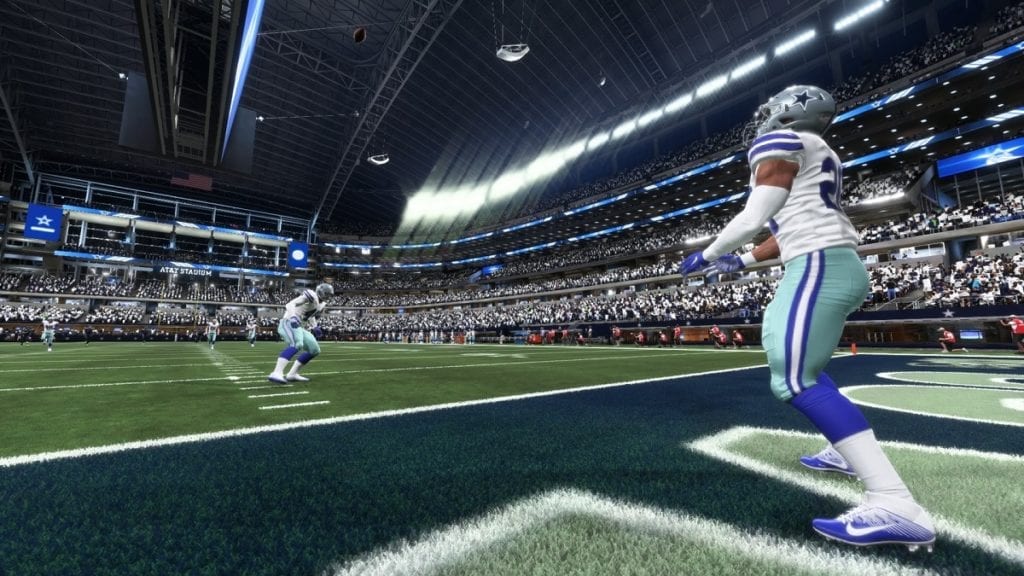 Presentation and pregame seem to be consistent areas that 2K Sports developers focus on each year. Look at NBA 2K18 and NBA 2K19. They focused on graphical improvements, timing of cuts, and how audio sounds and feels with the starting lineups coming onto the court. There is distinct difference and great re-creation of watching a game on TV. Even their playoff pregame has the addition of pregame videos that made me feel like there is something more on the line.

There are a variety of ways to add to the pregame presentation of Madden, and if the developers can spend some time this offseason improving the hype, I think it would change the feel of the game in a big way.