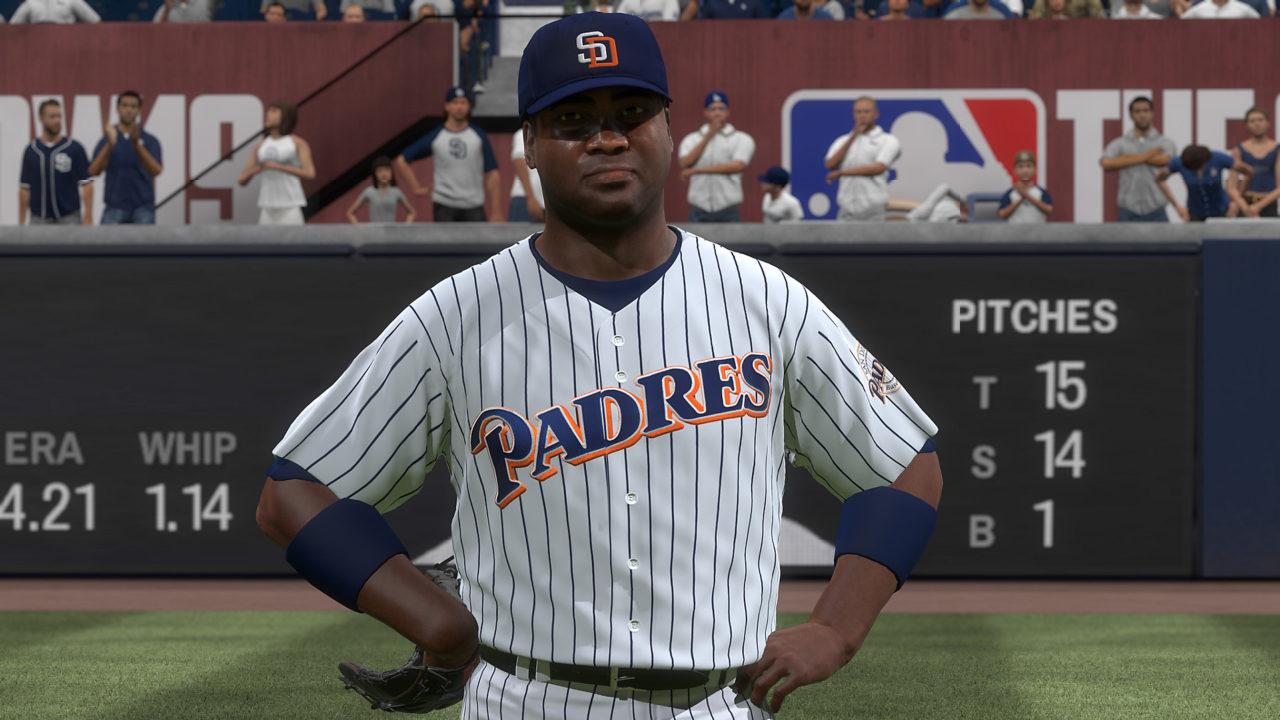 As a sports gamer in this day age, it has become all too common to have one, maybe two titles that fall within the realm of the sport you love the most. Unlike the past, where gamers could find multiple titles on multiple systems for each sport, we are now relegated to just a few choices. The reasons are many, and whether it be a poor return on investment, exclusive licenses, cost of licenses or legalities — it doesn’t matter. The fact is most major sports titles currently have limited options in the world of gaming, and if you’re a college football or basketball fan, you have none.

But there is one sport that offers three different options, and although all three approach the respective sport differently, each one is fully licensed and possesses the full rights to the Players Association. That sport would be baseball, America’s pastime. Baseball provides fans with a simulation style game in Sony’s MLB The Show, OOTP Developments’ Out of The Park Baseball, and MLBAM’s RBI Baseball. And until this year, there was even a fourth option in Metalhead’s Super Mega Baseball.

While it’s true that other sports may, in some cases, have three options as well, not all choices are fully licensed, and in most cases each game approaches the sport it represents in the exact same way.

Sony’s MLB The Show allows users to play standard games, play a full franchise, play its card-collecting option in Diamond Dynasty, and a new seasonal hybrid mode called March to October that can be transferred to a full franchise mode if one chooses to do so. On top of multiple mode choices in The Show, it also allows the community to create and re-create rosters and players from the past that can be imported and exported into many of the game modes offered up by the title. 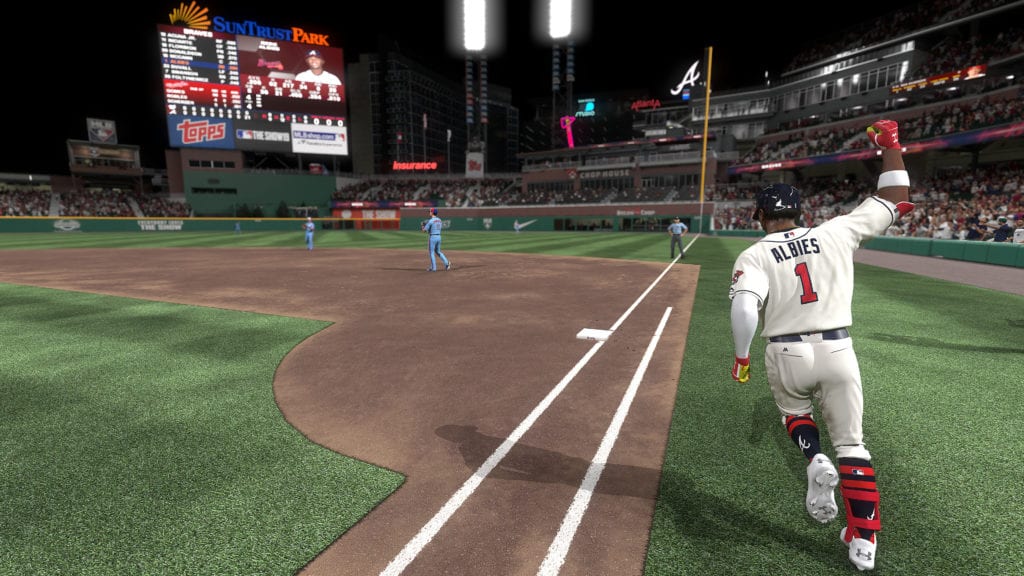 On top of all the other modes and options, Sony continues to build upon and deliver one of the best experiences in all of sports gaming with its “Road to the Show” option. This mode allows the user to create a custom character and run through a career from the minors all the way to the last day of their retirement. RttS is a wildly popular mode, rightfully so, and personalizes the experience by allowing the user to determine how quickly the scenarios play out.

Sony San Diego has its foot squarely planted at the top of the mountain regarding baseball options. The game provides as close to a simulation experience as one will find today, and although some popular options have been removed over the last few years, the title delivers an incredible brand of MLB baseball and provides users a plethora of ways to enjoy it.

A franchise once thought long gone has been given new life in the form of RBI Baseball, from MLB’s own Advanced Media department. While the relatively new developers are still finding their footing in the baseball video game landscape, they have proven their willingness to listen to their community and apply the needs of the community to their game.

The title now possesses a somewhat full franchise experience, and while more options and depth are needed, the developers are fully aware and are trying to build and implement as quickly as they can. 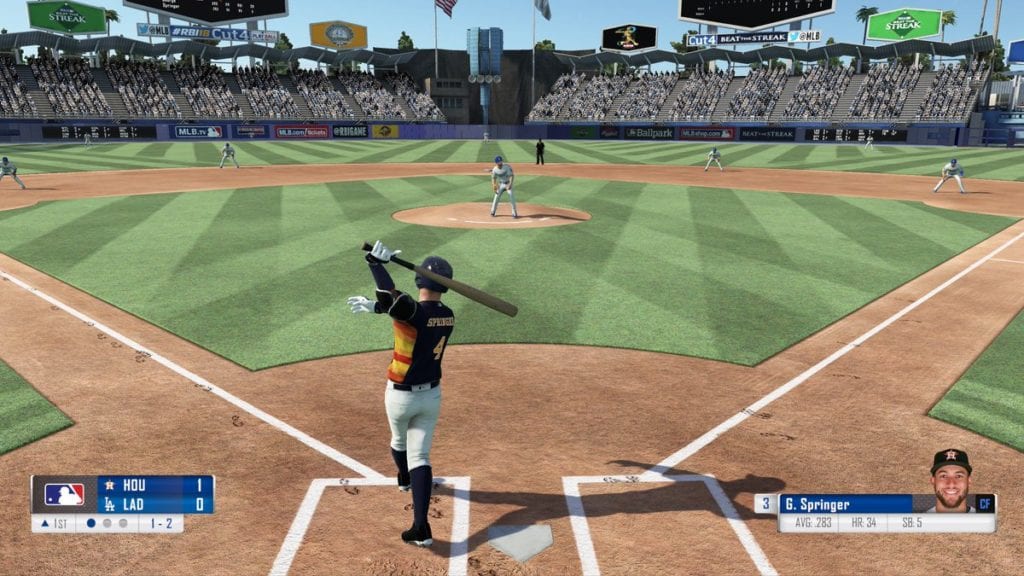 On top of franchise mode, RBI Baseball also allows users to experience the official MLB Home Run Derby, exhibition play and online versus play. As stated before, the game is still in the “foundation” phase as far as development, but the developers are a passionate group, and hopefully can provide their community a fully fleshed out hybrid experience of simulation and arcade within the next few years.

Out Of The Park Baseball

While The Show approaches baseball with its intentions of simulating the sport, and RBI does so with an arcade focus, OOTP does so with a text-sim approach.

While many still scoff at the idea of a drab and dreary text-sim approach, OOTP Development has included a visual 3-D option that helps the users see the action in real-time as it plays out, and does so in fully licensed MLB ballparks, and with fully licensed MLB players and rosters. OOTP Development also allows the users to re-create any MLB season they want, and the community has done an amazing job of re-creating 3-D ballparks of yesteryear to help solidify the authenticity of certain eras. 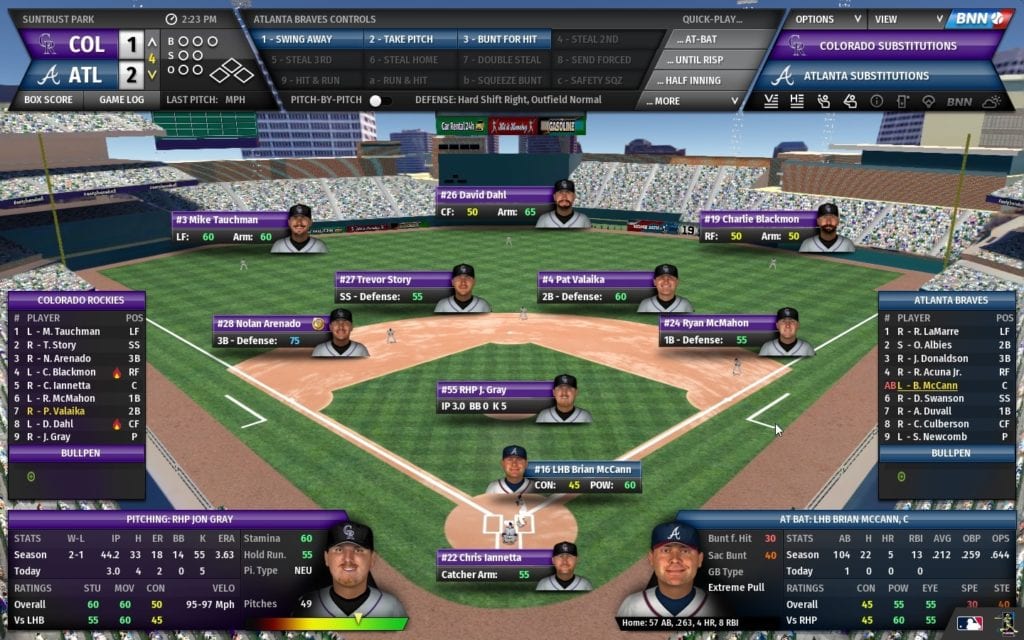 On top of delivering the entire world and history of the MLB to the community, OOTP Developers now offers users the ability to collect, unlock and play with their favorites stars of yesterday and today with OOTP Perfect Team. As they put it, “Perfect Team is an incredible new free online mode in Out of the Park Baseball. Assemble, customize and manage your team by collecting baseball cards from the past, present and future of Major League Baseball. Set your strategy and tactics, then compete against players from around the world.”

There is so much to love about OOTP, but the ability to customize and re-create are my favorites, as the game truly does put the user in a position to play the game how they want to, when they want to, and against who they want to.

While some may see this article as a dig at the other major sports, trust me when I say it most definitely is not. I wish that basketball, football, soccer and hockey all had titles that allowed the gaming community to approach those sports in multiple ways. I also am aware that there are text sims out there for other sports, and soccer and basketball have two major titles in their corner. But for me and for my money, baseball fans have the best options going today — and should feel lucky in today’s sports gaming climate.