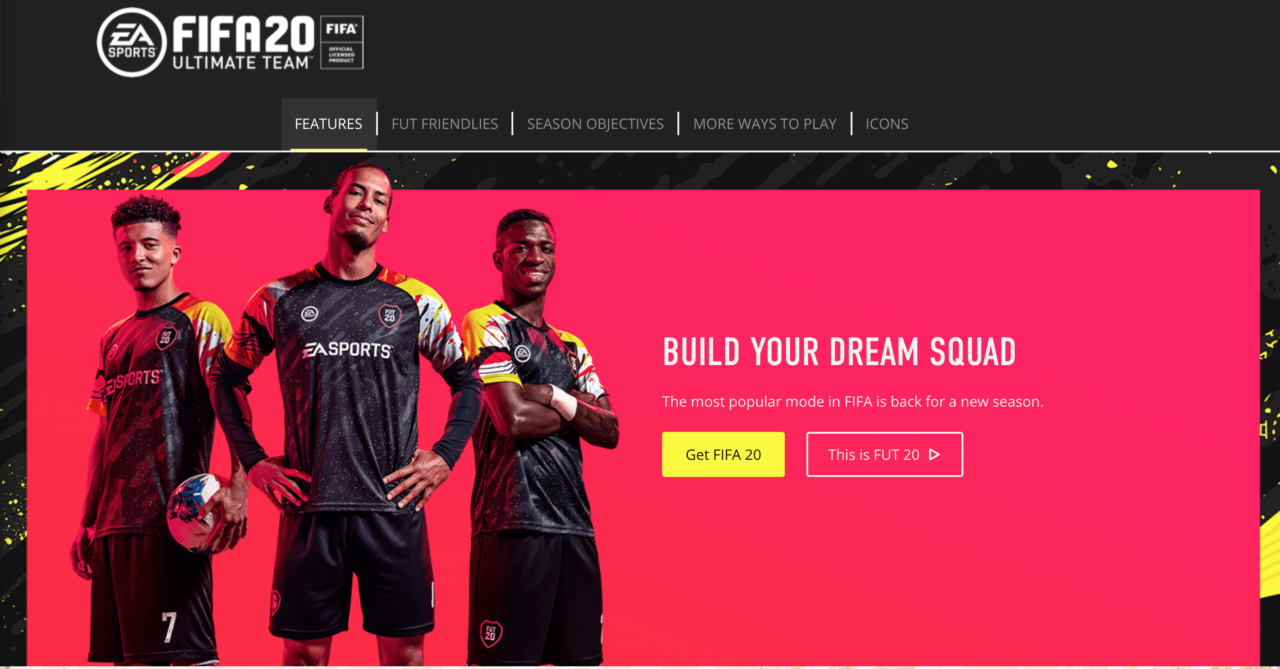 Let me introduce myself, my name is Fred, or as I’m commonly referred to by my 212 Twitter AND YouTube followers, FreeStyleFreddy$14. Like you, I also love FIFA but I have to be honest here, I’m getting a little tired of all the blame thrown our way. Yeah we scream loud on Twitter when the servers act up and demand weekly, even daily updates, but guess what? We’re the ones spending our hard earned money on packs and opening them up on YouTube so the world can see our Division 1 squads!

While you dinosaurs are slogging through 30-minute matches, I’ve already played four Division matches and crushed a Monster energy drink. Sliders? LOL, who do you all think you are? Wannabe game developers trying to save the world one misplaced pass at a time? Don’t even get me started on you manual players who think the world revolves around your 68 percent pass completion percentage because it’s sim. Ha, while you’re passing it around the back, I’m already in your final third with a rainbow flick into a scorpion kick goal with my gold Mbappe — uploaded to YouTube while writing this message. You want to a “true-to-life” 0-0 snore fest, turn on a League One match and leave the excitement to me.

Every year you folks moan and complain about the lack of Career Mode updates. Shouldn’t you be used to it now? But hey, EA threw you guys and gals a bone this year, right? New player conversations. New morale system? Oh, what’s that? It doesn’t work. El-O-freaking L! You waited three years for big upgrades to the mode, what’s another two months for the patch you so desperately need? Either way, just know while you’re “scouting” by looking up potential on SoFIFA, I’ll be quick selling anything I can get my hands on. 99 Team Chemistry here I come!

Oh, you also don’t like the new defending? What else is new. You lot are always whining about something. How about you get your skillzzz up and learn how to switch to all 10 outfield defenders in three seconds so you can actually defend. You all are so lazy, you want the game to do EVERYTHING for you instead of actually understanding the game’s flaws and exploiting them. Bottom line, there’s a reason why we get everything we want on our Christmas list and it’s because there’s millions and millions of us and we’re only growing. We don’t die, we literally multiply!

So while you and your overly patient friends finalize your sliders before starting the career mode you’re ultimately going to get bored of after a month before you switch clubs and feel the need to make an announcement to the world, we’ll be online, 24/7 playing the game until our moms use the WiFi app to cut it when it’s bedtime. But don’t worry, we’ll be back tomorrow, and guess what, mom is working late.

My name is Kenny, Career Mode Kenny to be exact, and I read your heartfelt letter. I must admit, I’m a little impressed. I completely underestimated your ability to form full sentences and resist the urge to type in all caps. Congratulations on reaching 200 followers. I must have missed your giveaway to celebrate this monumental achievement. By the way, my mom has 300 followers and she mostly retweets pictures about cats. Just saying.

I also share a similar love for FIFA, but unlike you, I know what it feels like to kick an actual ball. While you were perfecting your Street Fighter-like skill move combinations, I was actually outside — you remember outside right? The place on the other end of the window in your “game room” that looks oddly like a bedroom. While you sit there in your gaming chair with your 2007 signed Emile Heskey jersey hanging on the wall next to a Baywatch poster (not even the original Baywatch, the terrible remake), I’m actually trying to play intelligent footy with a proper build-up. Hard earned money you say? Is that what “borrowing” your mom’s credit card is called? While you spend $60 on the game and another $500 on packs, I’m on the verge of bringing Blackburn back to the big time.

While you’re searching YouTube for gameplay exploits, my crew and I are hard at work making the game better for the masses. The audacity of us for trying to make the game a representation of what we, or should I say me because I know you don’t have the patience to watch a real 90-minute match, see on TV. Guess what? We put the same amount of time into the game as you do, we just prefer to play against an opponent who doesn’t unplug their console if they go down a goal early.

Yup, we have certainly been neglected for far too long, as it’s no way to treat loyal servants, but it’s fine. We’re mature enough to know that EA will cater to you because of your following and microtransactions. Weren’t you all playing Pokemon just a few years ago? What happened, your parents threw out all of your baseball cards and this is how you’re going to get your fix? While you’re opening up a pack that will ultimately crush you when you find out you spent $10 and only acquired a bronze Danny Drinkwater, we’re in training mode trying to incorporate some youth academy products into the side so the virtual fans can feel a real connection.

Don’t even get me started on controls. You all want manual defending yet you play on fully assisted controls. Which one is it Frederick? You want all the control when defending but you need to rely on the game to pick out the direction and weight of a pass, or even worse, a shot on goal. Yeah come and talk to me when you’ve put three past the keeper on a rainy night in Stoke. We remember a time, way back when, I think it was 2009 or so. You probably don’t remember because you had just graduated from Pokemon to Minecraft, but those of us career mode players who have been around for a while will remember. I remember it because it was the year I took Forest to the top of the English game. But you know what, never mind, I won’t take you down memory lane because I know you’re probably itching to see how your bronze manager’s new formation works out. Instead, I’ll end this by saying when the grind becomes too much, career mode will be there for you with open arms. Besides, we’re not half as crazy as those Football Manager weirdos.

Not looking forward to hearing from you,

High on the list of accomplishments for FIFA 20 is the divide its further ripped open in the community. With the FUT crowd and career mode gang at each other’s throats, sometimes it’s good to just have a laugh and remind ourselves that FIFA isn’t the end all, be all.