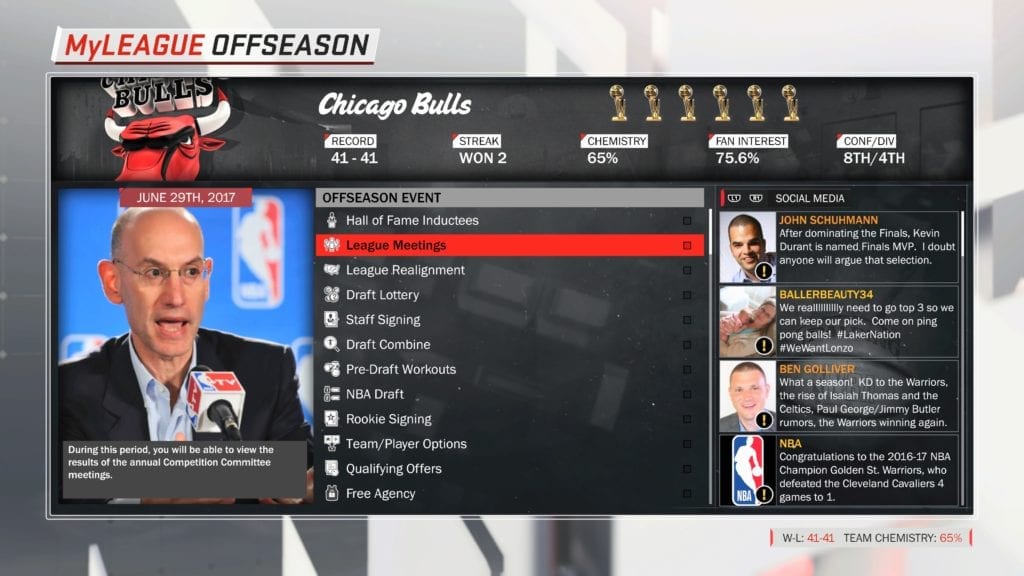 I think I can say with 95 percent certainty that all die-hard sim fans always look to one game mode every year and hope that it has improved over its predecessor to give them full enjoyment: franchise or dynasty mode.

We want to take our beloved team, rebuild the roster to our liking and play out the years to help them win not one…not two…not three…you get the play here, but we want to win championships with our carefully crafted squad that we put our precious time into. The intricacies of either the rebuild or continuation of your franchise is what keeps you hooked.

That being said, there was really only one game this year that allowed you to really dig deep into a proper franchise mode: NBA 2K18. Starting a new franchise, you can quickly understand why the game won 2017’s Best Franchise Mode again.

NBA 2K18 has taken its recipe from the past couple iterations and built on the success of MyLeague to make it better. The main thing you can say about the mode is that is has depth. That depth comes with its own bugs and shortcomings, but the intricacies within the franchise modes make it the best console sports gaming has to offer.

There is more of a focus on the inner workings in terms of league rules, salary rules and statistical in-depth player analysis than in any of its mainstream competitors. The options you have when starting a MyLeague, while not new, are great. 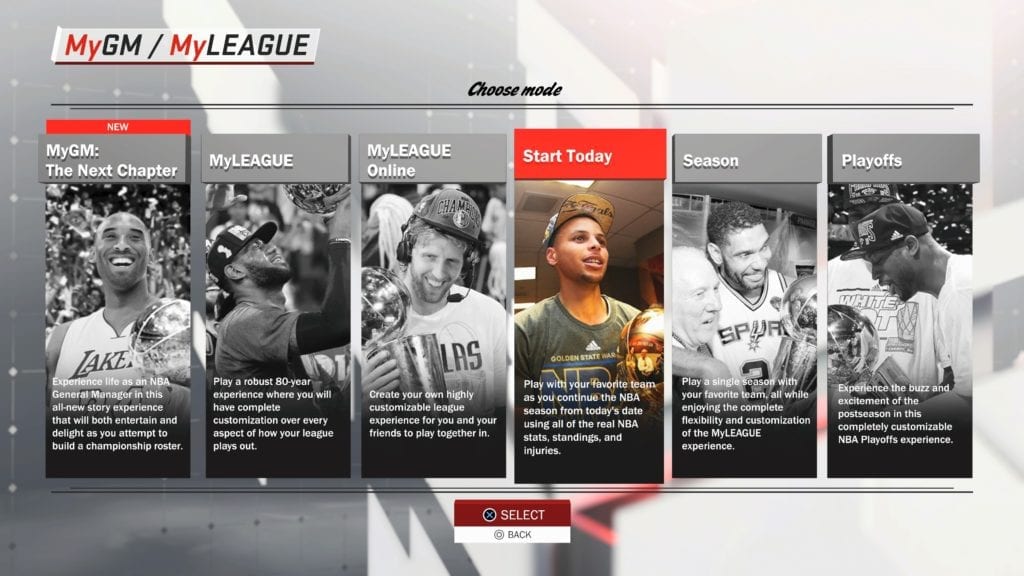 Having the ability to start a new MyLeague, online MyLeague with friends, or “Start Today,” which lets you jump into the NBA as of that day with fully updated information from the real NBA, is fantastic.

Once you’re in full swing in your MyLeague experience, things look quite familiar as they did last year, and the wealth of information available to you is deep. A new feature added this year is the Analytics Tool; it allows you to really dissect a player down to the last detail to see if he would be a good addition to your team, and also gives you the capability to compare league wide.

This is awesome if, for example, you want to add a strong role player to your team that can help out on both ends of the court. You’d want someone that can potentially contribute with your second team efficiently on offense while getting stops on the defensive end. The MyLeague Analytics Tool can get you that information with a little input. 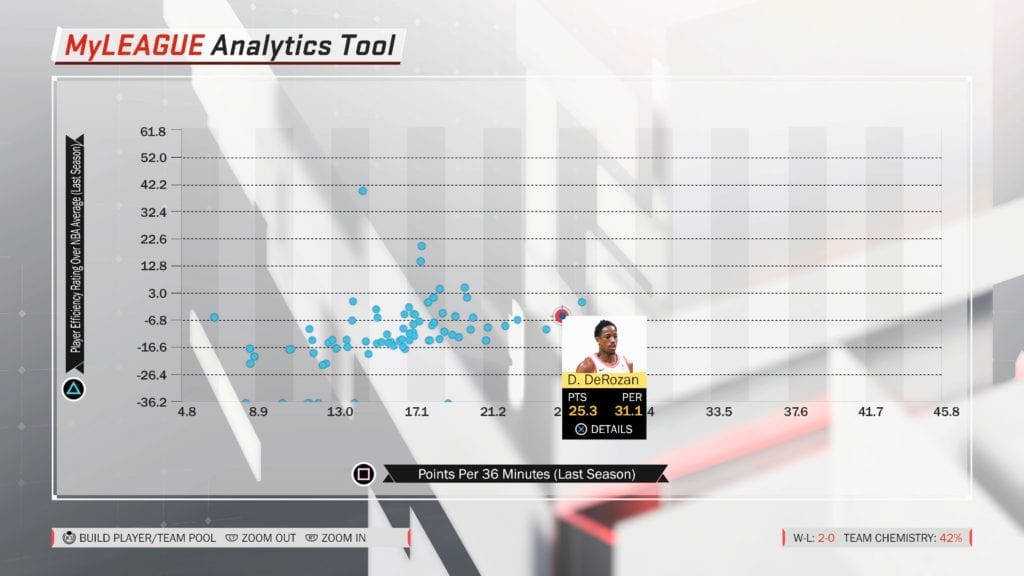 It can be argued that franchise modes are in jeopardy of being a thing of the past, but NBA 2K18‘s deep, feature-rich mode that shines above all other sports games definitely makes a strong case for why franchise is here to stay. It’s also why NBA 2K18 wins the award for 2017’s Best Franchise Mode.