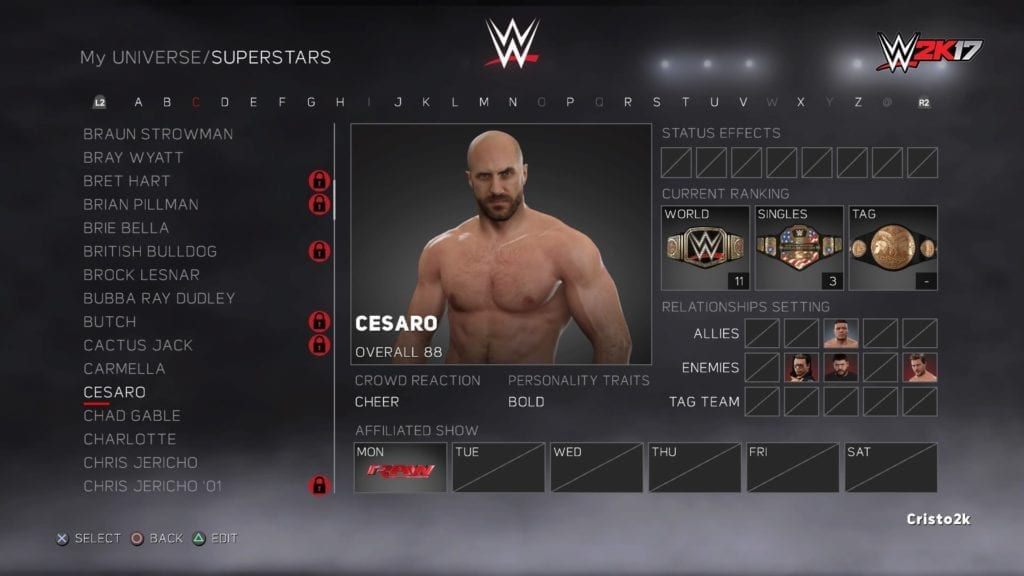 WWE 2K17 patch 1.02 is available now for Xbox One and PlayStation 4. Check out the full details below.

Why You Should Come Back to WWE Games
WWE 2K17 Goldberg Pack Available November 8, For Those That Didn't Pre-Order ($4.99)