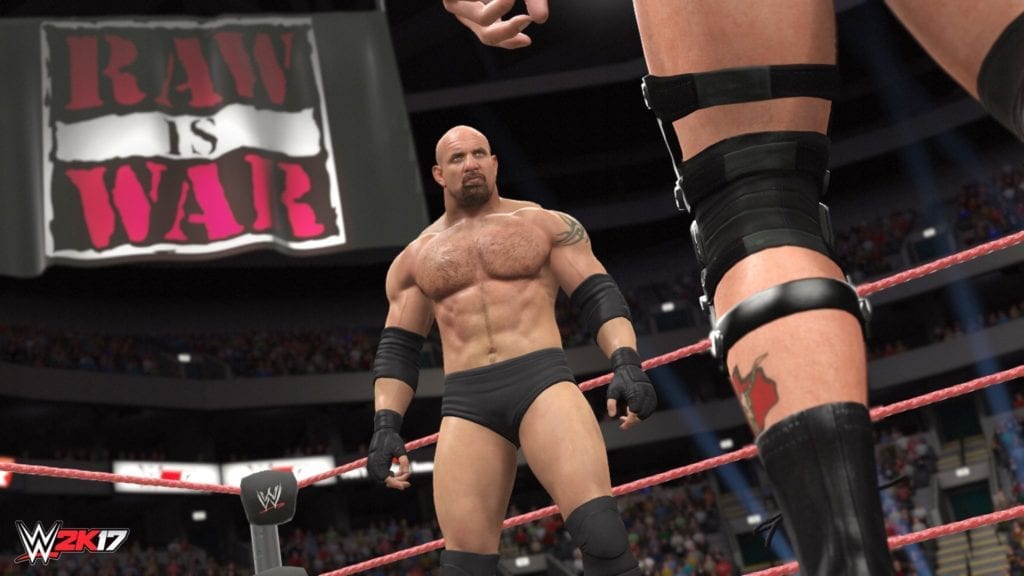 Wrestling video games have an interesting history. Much like real-life WWE where there is a segment of fans who insist that the “good ol’ days” of wrestling passed us by decades ago, there are many fans of this genre who insist that the last great wrestling game released was WWF No Mercy for the Nintendo 64. No Mercy was no doubt a great game, but those who ignore the strides wrestling games have made since 2K Sports took over are missing out.

I’ve written before how I took a long break from the franchise. For me, the 2000s simply were not fun from a gameplay standpoint. I took a stab at WWE 12 but left feeling underwhelmed. WWE 2K17, on the other hand, feels like a whole new ballgame. The graphics are much improved along with smoother animations. However, as far as video games have come, it’s still tricky to nail down human animation so that it comes across as natural. Wrestling games have long been one of the worst offenders in this department, but 2K17 definitely has a more natural feel to all of the movements.

This then bleeds into the gameplay aspect, which also gives reason for optimism moving forward. It used to be that I would play these games simply because I’m a big wrestling fan. And that’s still the case, but I find myself playing 2K17 more because the game itself is fun. If you can find the right opponent, singles matches can mirror the feeling that you have after an intense Street Fighter battle, for example. Instead of feeling like a slow, plodding, five-minute bout filled with 50 different finishers, 2K17 now feels like an actual back-and-forth competition.

Of course, I’m not suggesting that 2K doesn’t need to make any gameplay tweaks. You could even argue that there is still a long way to go. But the fact that the series is in great hands and has improved so much in recent years is a great reason to be optimistic about its future.

But what about everything else? 2K has long had a great creation suite. The number of belts, wrestlers, etc. that are available for download is mind boggling. But that isn’t enough. You need a few different gameplay modes to keep players engaged. Single player is great, but it tends to get stale after a while. MyCareer provides some relief and has a lot of replay value, but to me, MyUniverse should be 2K’s focus going forward.

MyUniverse has the potential to be a great mode, but it’s just not there yet. The menus are cumbersome to navigate. Simple edits take forever. Storylines are limited and clunky. And there are plenty of bugs to go around. Fantasy booking is something almost every wrestling fan loves to do, so 2K Sports would be wise to dedicate some resources into making this mode as fun and rewarding as it could be. Using NBA 2K again for comparison purposes, the MyGM/MyLeague modes would be a great model for WWE 2K to follow. 2K Sports has proven it has the ability to do this right, so here’s hoping it eventually translates over to the wrestling side.

What is your opinion on the current state of WWE 2K? Are you optimistic? Have you enjoyed the recent releases? Let us know in the comments!