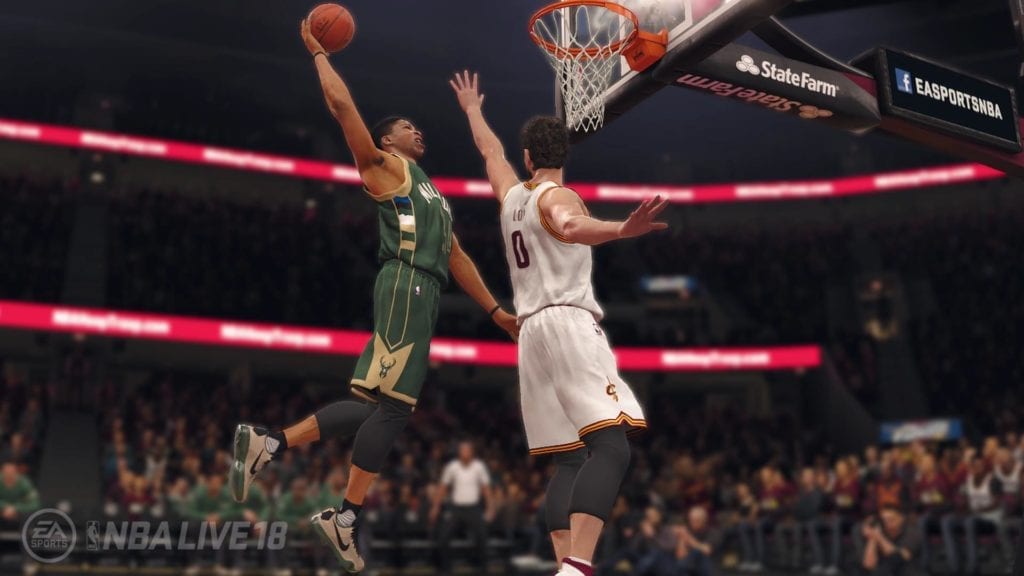 After a year-plus hiatus, EA showed off the return of the NBA Live franchise. This basketball series, which has been riddled with poor releases on the current and past generation of consoles, showed off a little bit of gameplay and a new mode called “The One” at this year’s E3.

So what do we know about the game so far? The answer: not much. What we do know is that NBA Live seems to be going to great lengths to separate itself from its competitor. The recently announced The One mode seems to heavily reflect several role-playing elements, including a choice in focus on “the streets” or “the league.” Presumably, players will have the ability to increase attributes while earning some kind of reputation for things on and off the court in the mode. EA has also listed several play styles for The One, including hybrid wing and slasher.

The One seems to be heavily focused on online play, with your player from The One able to accompany other players as you take down NBA stars on street courts like Venice Beach. It’s unclear as to whether or not this is a direct answer to NBA 2K’s “Pro-Am” that features several customization features akin to what NBA Live 18 seems to offer. We also received a brief glimpse into what the gameplay might look like. In a first look at the game, EA showed off a right-stick dribble control mechanic that can be defended with left-stick lateral movement. From the little 5-on-5 gameplay that was shown off at E3, the game looks surprisingly smooth and intuitive. EA has boasted of an innovative one-on-one mechanic that is designed to show off the game’s responsiveness. The player models look like a huge upgrade from the extremely disappointing NBA Live 16, and the game has a more refreshing, colorful look.

Though the list may not be final, it would appear NBA Live 18 boils down to three main game modes: the aforementioned The One, an Ultimate Team mode that seems similar to EA’s other sports franchises, and a franchise mode. While there has been precious little info about franchise mode, we’ll almost certainly hear more prior to the game’s release in the fall of 2017.

Regardless of what players think of the small tidbits of NBA Live 18, fans of NBA video games are relieved that competition has made its way back to the current generation of consoles. From what we’ve seen so far, NBA Live 18 looks like a much more solid foundation for the franchise to build off of than it has had in a long time.