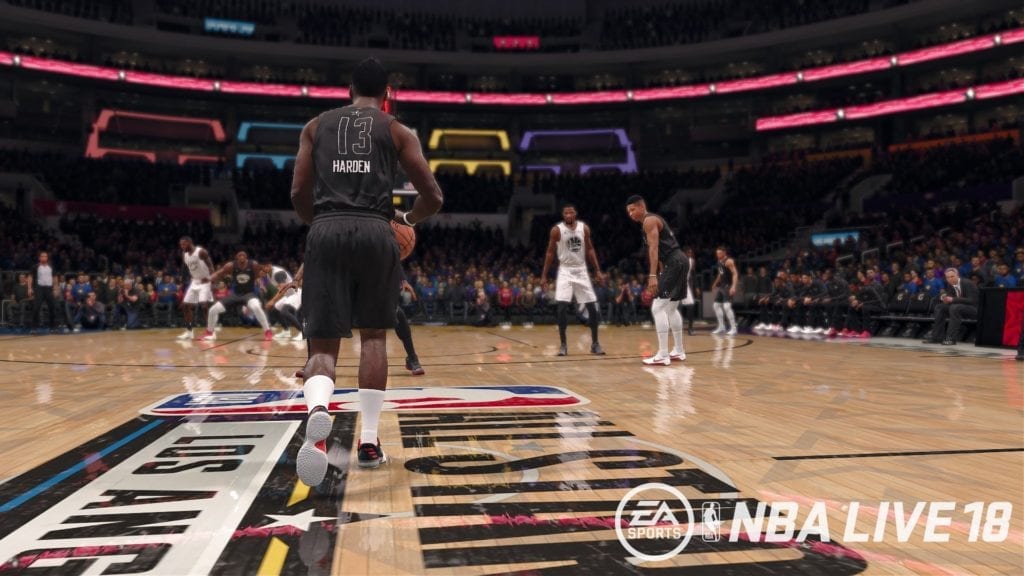 NBA Live 18 game update 1.11 has arrived, weighing in at 7GB. Check out the patch notes below.

Inside Shot Tuning:
Tuned the distance of what makes a shot “contested” near the rim. End result is a reduced success rate for contested shots at the rim.

Anklebreaker Tuning:
Fixed an issue where a second off ball defender could get their ankles broken. Also, reduced the chance of anklebreakers for the onball defender.