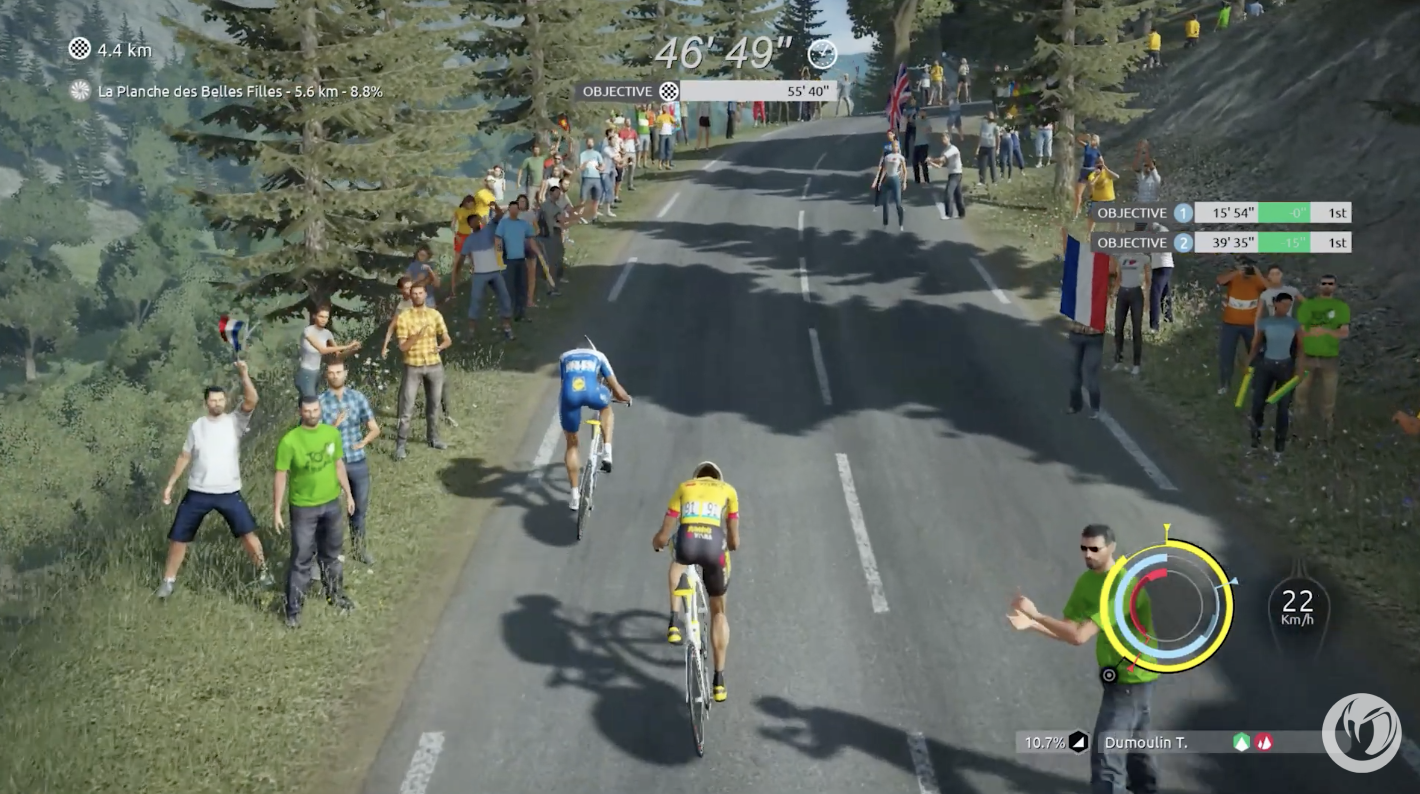 NACON and Cyanide have released a new Tour De France 2020 gameplay video featuring Time-Trial mode. This mode has been completely redesigned, featuring an actual time-trial stage of the real Tour de France, which has been delayed until the end of summer.

Achieving a good time in a time-trial stage requires excellent stamina management. Cyanide took this into account and included it in Tour de France 2020, with the ability to adopt a time-trial position, with your forearms resting on the bar extensions, you reduce air resistance and gain speed without increasing effort, at the expense of control of the bike. Watch out for tight turns, pick up speed by switching back to a classic stance and gain a few hundredths of a second to take first place.

With this time-trial position, you can also activate effort control. Adjust it correctly without overestimating your pace; otherwise you could end up exhausted too early.

In addition to the time-trial position, Tour de France 2020 lets you take an aerodynamic stance. Mostly useful while going down slopes, you’ll be able to rest a little and restore your stamina.

Multiple improvements and new features have been added to Tour de France 2020, including:

Tour de France 2020 arrives for the PlayStation 4 and Xbox One on June 4. PC users will have to wait a little longer for an official release date.